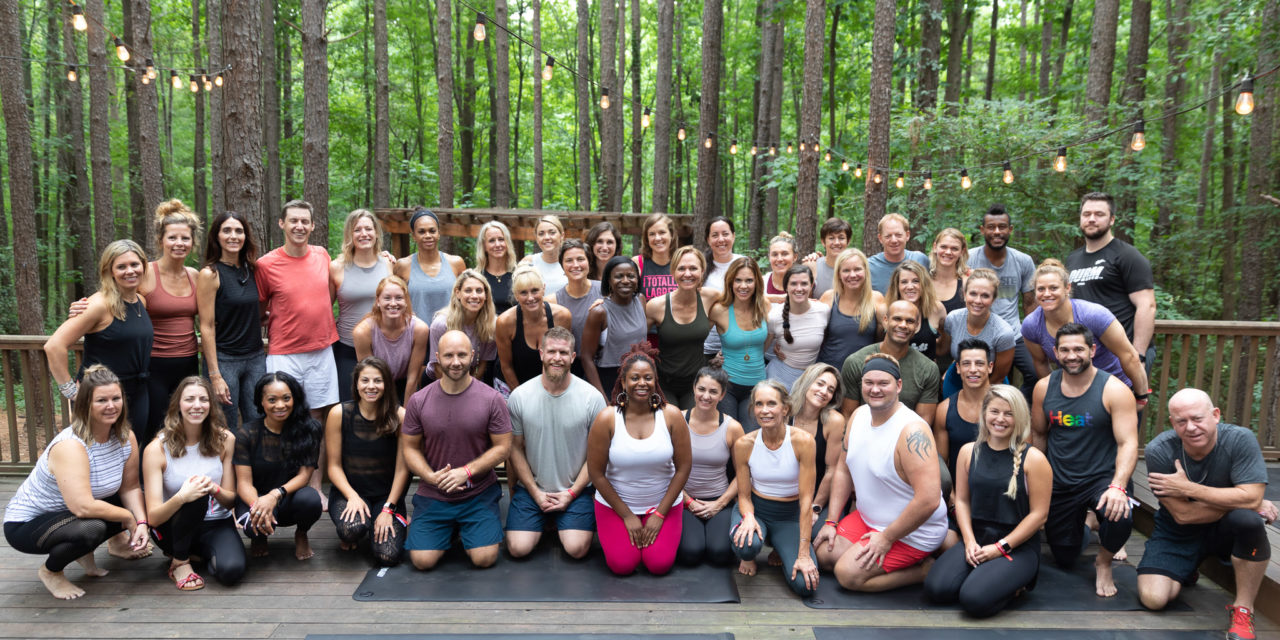 Lately I’ve been struggling to stay focused on what’s most important to me.

Heck, I’ve been struggling to even identify what’s most important.

But last week I had two experiences that helped me make sense of it all.

I read Cal Newport’s book “Deep Work” and I attended my onboard training for new Lululemon ambassadors.

In the past month, I’ve written about how a lack of boundaries creates stress and how to say “no” to seemingly good opportunities, if they don’t align well with your current goals.

These are both big parts of Newport’s “rules for focused success,” but it wasn’t until I read the book that I really started to get it.

We need to do less, to do more.

More specifically, we need to do less “shallow work.” Shallow work is the type of work we do that only takes a little bit of our time and focus — like answering emails or responding to social media notifications.

For someone like me, who tends to measure self worth by productivity, these are perfect little tasks to add to to-do lists because they’re easy to scratch off — and that makes me feel productive.

But “deep work” is when you’re isolated and focused on nothing but one task for over four hours. This allows us to truly push the needle forward on what we’d like to do to impact the world.

When people skydive for the first time, many of them are scared. They’re scared when they get on the plane, they’re scared the whole trip to the drop zone, and they’re REALLY scared when the door opens. But then they jump. And during that time, when they are actually doing the thing they were scared of, they don’t feel fear. They just fly. —————————————— Before every speech I give, before every performance, I still get nervous. Then, I go out there and do what I have practiced and what I love to do. We are all scared… until we fly.

For example, deep focus to finish that book could impact thousands of people, but split-focus to bounce around among countless easy-to-scratch-off tasks, leave us in a place where we’ve contributed no high-value or long-lasting work.

Newport gave plenty of examples of tactics we can use (regulating social media time, taking frequent “off the grid” sabbaticals, etc), but I think understanding the concept is more than half the battle. Once I was aware of what I was doing (and why), it provided the motivation I needed to do something about it.

On Wednesday, me and 50 or so other people from the Carolinas were being trained on how to be a Lululemon ambassador. About 10 minutes of the day was spent explaining how to post our Lululemon social media #ads, and the rest of the day was finding out how to live to our potential and stay true to our values.

As anyone involved with this company knows, the culture is much more than super comfortable clothing. It’s about community and connectivity through sweat and growth in people.

So the training included lots of get-to-know-you exercises, some games, and a few times where really had to search our hearts and minds to answer the questions on the board.

The one that hit home with me the most reflected the same ideas I had been pondering since finishing “Deep Work.”

The instructor asked us to make two columns on a piece of paper in our notebook. The one on the left was “If I had more time, I would do more __________.” All of my answers were things that would require deep work (and I’m sure the same was true for most people): writing, making films, traveling with family, and helping people.

Then after we made that list, we were instructed to write at the top of the right column: “_______ is getting in the way of that.”

To be honest, the point was made right there. But it was so eye-opening to list off the items in that column — which were, not surprisingly, all examples of shallow work.

For me they were things like: watching TV, reading articles I’ve convinced myself are necessary, scrolling on social media, and working on my house.”

The last one was a tough truth to swallow, as it’s income-producing (when I’m not spending money renovating it) and feels much bigger than shallow work.

But Newport perfectly described this as the “any-benefit approach.”

We often think we’re justified in focusing on a task if we can identify any possible benefit of it. But that one benefit can come at the expense of several downsides that same task might have.

My goal in the past year or two has been depth, not breadth.

I want depth in the content I make, the relationships I have, and the impact I create.

Now, I understand that to truly to so, I must reflect that in the work I do every day.