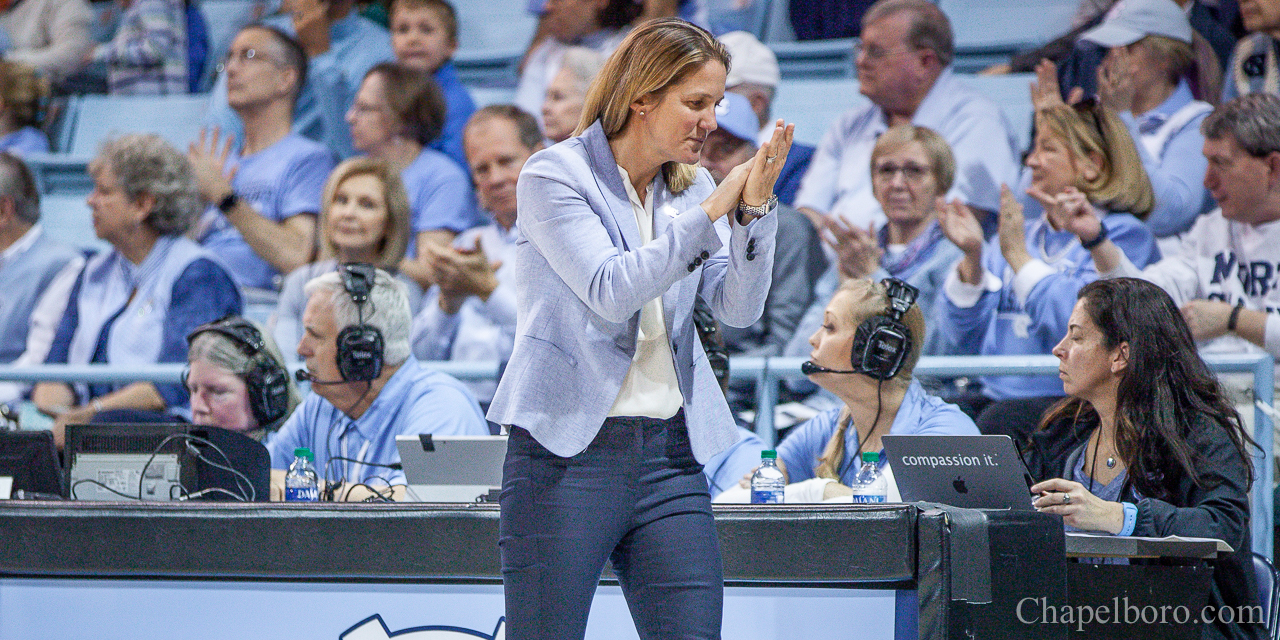 All summer long, the UNC women’s basketball team was quietly working its way through a complete roster overhaul.

With the regular season set to begin next week, head coach Courtney Banghart is hoping that work is enough to start bringing the program back to national prominence.

Of the 12 players currently on the Tar Heel roster, only four were on the team for Banghart’s first year. Guard Stephanie Watts — who has given UNC some solid perimeter scoring in the past — is also back on the team as a graduate transfer after spending last season at USC.

Forwards Janelle Bailey and Malu Tshitenge will again be counted on to lead the frontcourt alongside Jaelynn Murray, who is returning after missing last season with a knee injury.

The only other player with previous experience at UNC is guard Kennady Tucker, a sophomore who played 14 minutes per game last season.

Banghart’s stellar work on the recruiting trail will have to show immediate returns for UNC to have success this year, but she appears to have a group ready to take on that load — with three of the five players ranked among the top 100 high-schoolers in their class by ESPN.

The Tar Heels will also have the services of guards Petra Holešínská and Ariel Young, who transferred from Illinois and Michigan respectively.

“When we got here, I knew that one of my main responsibilities was to restore the talent at North Carolina,” Banghart said. “In terms of both immediate talent and the depth that we bring in to this program. So, we got right to it.”

Veteran leaders like Bailey and Watts will likely carry a big load early in the season. But the player to watch as the games go on will be freshman point guard Deja Kelly. A five-star recruit from Duncanville, Texas, Kelly arrives in Chapel Hill as the No. 4 ranked player at her position.

Banghart praised her toughness and even went as far as comparing her to UNC legend Ivory Latta, who brought a similar mentality to the court despite her small stature.

It’s not just toughness that separates Kelly, though, as she has wasted no time making a strong impression on the coaching staff.

“What makes Deja so good is her handle — a little bit like [Steph] Curry — allows her to not worry as much about the person guarding her,” Banghart said. “It’s helping her think about how the secondary defenders are guarding to make her read.

The development of Kelly and the rest of the freshmen has come at a much different pace than in typical seasons, since the team has essentially been in a bubble on campus since July due to the COVID-19 pandemic.

Banghart realizes that these players aren’t getting the normal college experience right now, but they have had more than enough time to bond with teammates and learn her system.

With a small roster full of newcomers, building depth is key to accomplishing any goals the team has for itself. It could also go a long way to keeping the team fresh down the stretch, something UNC didn’t have the benefit of last year as it lost the final eight games of the season.

The Tar Heels will have just five non-conference games before ACC play begins this year, meaning you could see Banghart do a lot of experimenting early on.

“What we hope to attain is game minutes for basically the whole roster,” Banghart said. “I think you’ll see a variety of starting lineups. I think we’re that deep.

“We need people to get their feet wet on the court in a uniform,” she added. “So that when we get in to league play, we are as deep and talented and confident as we can be.”