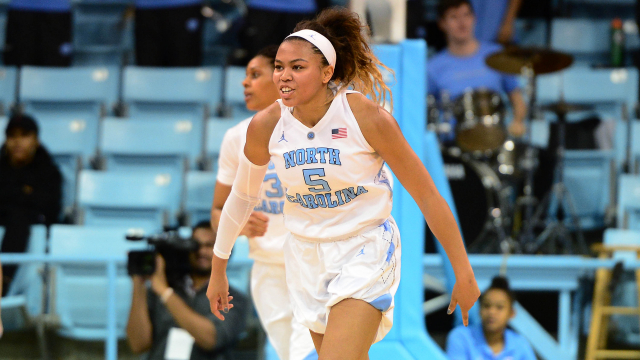 Former UNC women’s basketball player Stephanie Watts will return to Chapel Hill for her final year of eligibility, the university announced on Monday.

A three-year starter at Carolina, Watts completed her undergraduate degree and elected to transfer to USC in 2019. However, she saw her season with the Trojans sidelined by a knee injury just four games in.

With the NCAA granting her an additional year of eligibility, Watts elected to return to where her college basketball career started.

“Due to an injury this past season I was given back a year of eligibility,” Watts told GoHeels.com. “While the injury was disappointing, I like to believe that everything happens for a reason. When thinking about my last season of college basketball coming up, it just didn’t feel right spending it anywhere other than my alma mater. With that being said, I am overjoyed to announce I will be coming home to play my final season at UNC.”

Watts was named the 2016 ACC Freshman of the Year after averaging 14.7 points and 7.2 rebounds per game and setting a UNC freshman record for three-pointers made with 76. She started every game as a sophomore and, after sitting out the 2017-18 season due to injury, returned as a junior and passed the 1,000 career-points mark.

“We are very excited to welcome Stephanie Watts back to the University of North Carolina,” said UNC coach Courtney Banghart. “A former ACC Rookie of the Year and a proven contributor as a Tar Heel, we are adding talent, experience, shot-making, and depth to our guard position. The fact that Steph wanted to come back to finish her playing career in Carolina Blue speaks volumes to her love for and trust in this place and program. We are eager to coach her, just as the Carolina community looks forward to welcoming her back home.”

Watts’ addition to the 2020-21 roster gives Carolina 13 scholarship players for the season.