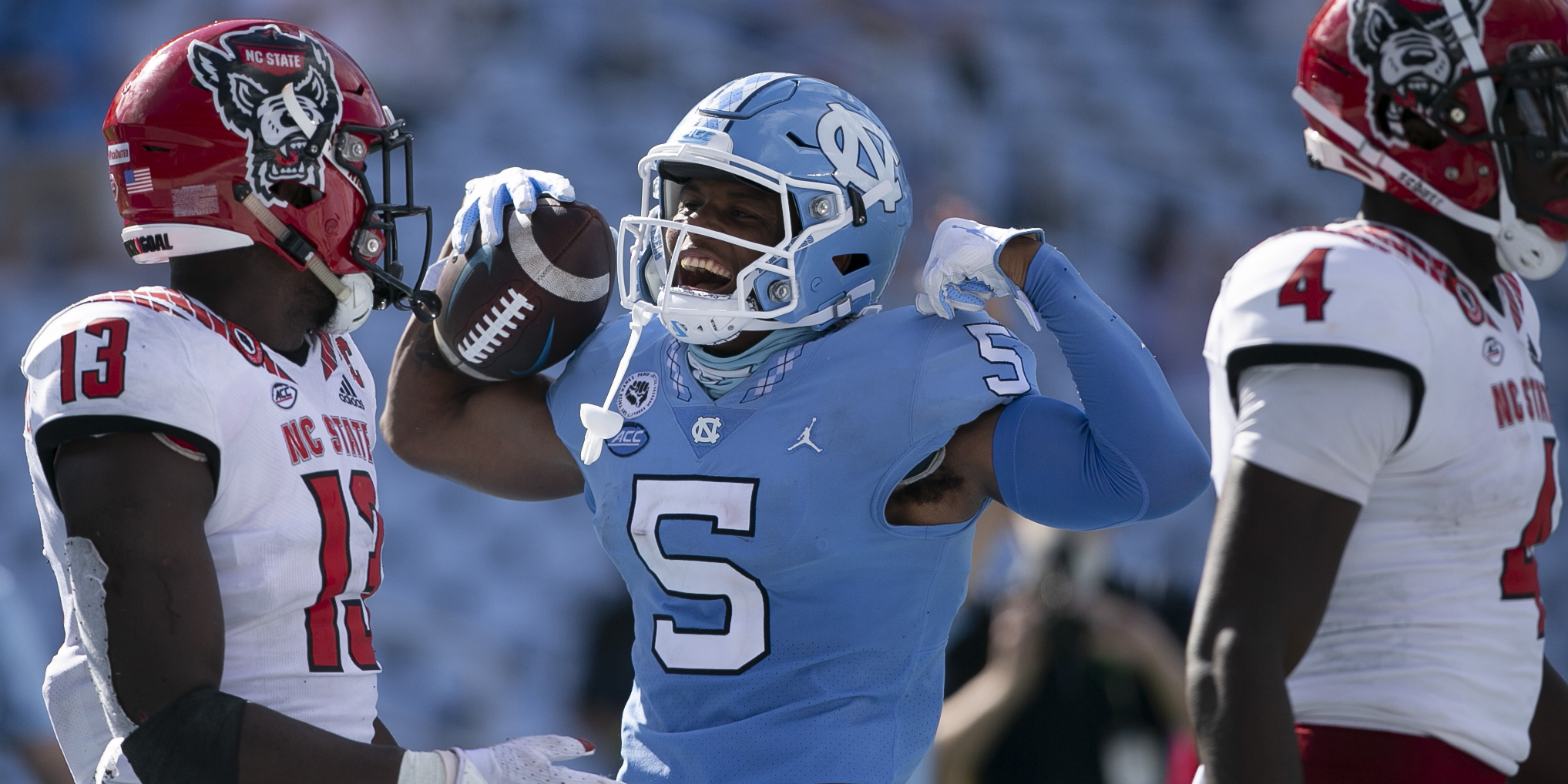 North Carolina’s Dazz Newsome (5) celebrates in front of N.C. State’s Tyler Baker-Williams (13) after a nine-yard gain in the third quarter at Kenan Stadium on Saturday, October 24, 2020 in Chapel Hill, N.C.

Current Chicago Bears rookie and former UNC wide receiver Dazz Newsome suffered a broken collarbone during the Bears’ practice on Tuesday, and is expected to miss eight weeks after undergoing surgery on Thursday.

#Bears rookie WR Dazz Newsome broke his collarbone in practice Tuesday and will undergo surgery Thursday, per source. It’s a clean break, so the sixth-round pick from North Carolina is looking at an eight-week recovery and should be ready right around the start of training camp.

Newsome was selected by Chicago in the sixth round of the 2021 NFL Draft (221st overall) after a prolific career at UNC in which he caught 188 passes for 2,435 yards and 18 touchdowns.

He finished his career in Chapel Hill ranked third all-time in receptions, fifth in receiving yardage and seventh in touchdown catches.

In addition, the versatile Newsome rushed the ball 20 times for 178 yards and two scores — while also averaging 11.1 yards per punt return, including a touchdown as a sophomore in 2018.

With Allen Robinson as the only top-flight NFL receiver on the Bears current roster, Newsome will have a chance to compete for playing time as a rookie against the team’s current veterans Darnell Mooney, Damiere Byrd and Anthony Miller.

Prayers up to Dazz Newsome 🙏🏻

Broke his collarbone but hopefully will be ready for camp 🤞 #DaBears #BearDown pic.twitter.com/4yosq1RrbP