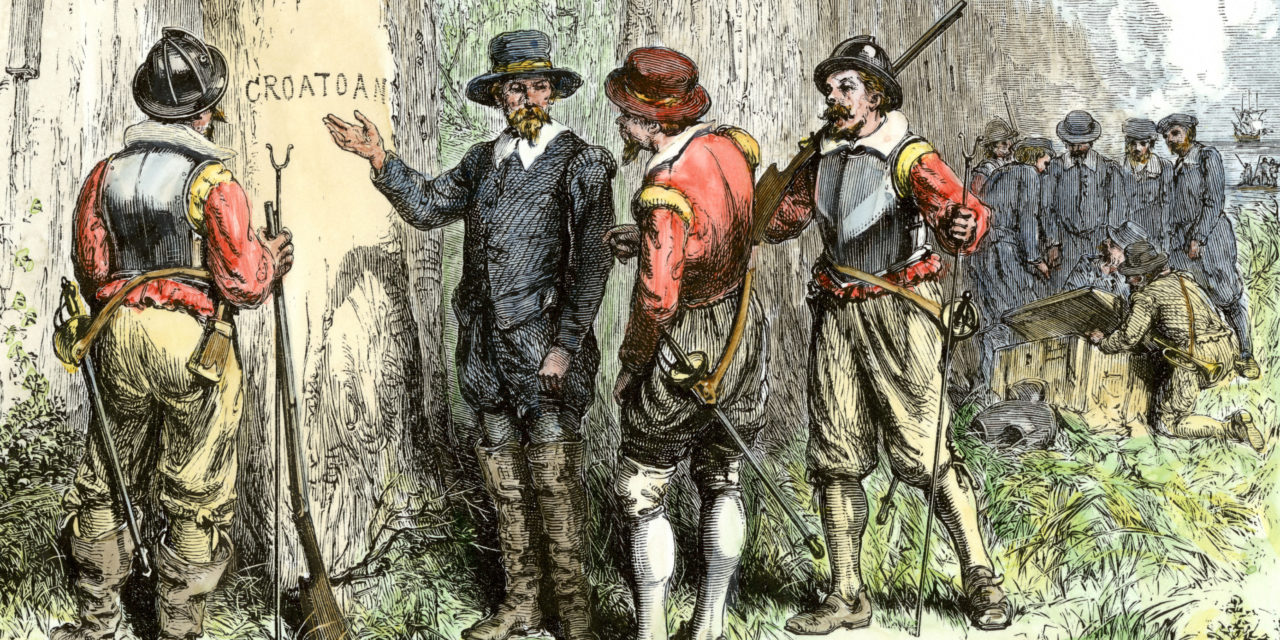 The past week has been an exciting one for a current project of mine.

I’ve been working on a documentary film about a local man from the Outer Banks of North Carolina who has lead a decade-long effort to prove that the “Lost Colony” of Roanoke Island was never actually lost, but rather went to “CROATOAN,” (modern day Hatteras Island) where they said they went the whole time.

Well, last week, Scott Dawson released a book that, for the first time ever, will reveal what he and his team have found in their yearly archaeological digs since 2009. 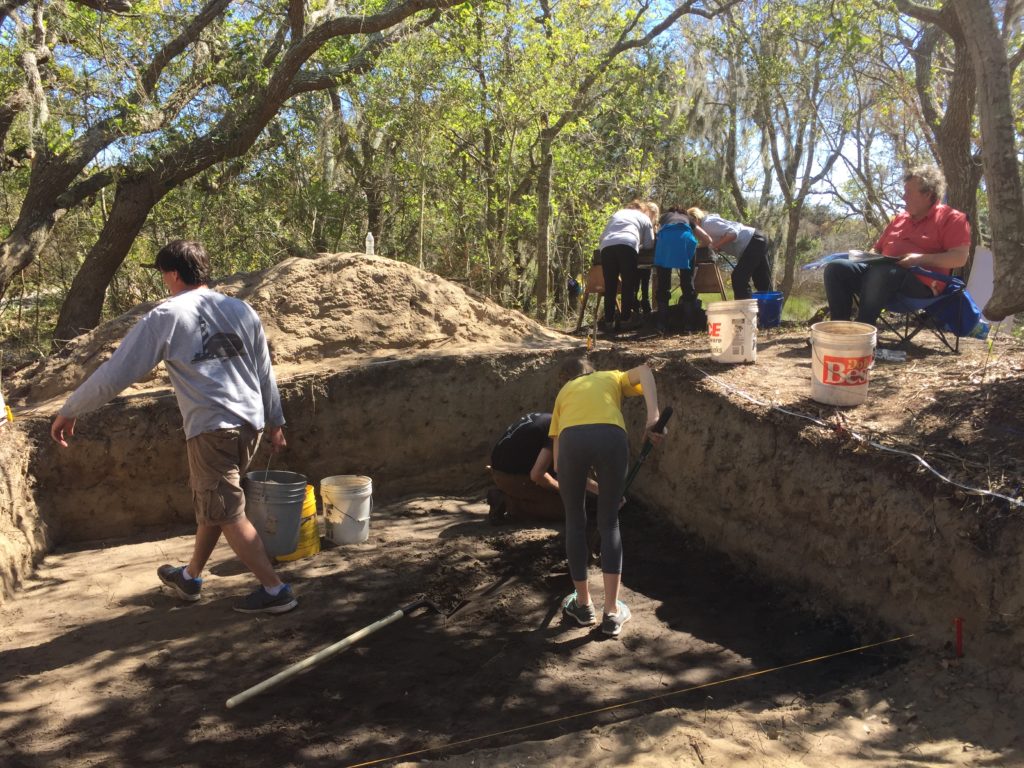 I can let you know that I’ve seen some of the artifacts personally and when you see 16th century English artifacts mixed with 16th century Native American artifacts and found in a 17th century layer of soil, in a village where the colony left a note indicating they’d gone to, there isn’t much convincing left to do.

The people on the Outer Banks must feel the same way, because every store on the islands has sold out of the book in the first week.

This story is one almost any Hatteras Islander you talk to knows and believes with their whole hearts. But for some reason, the powers that be haven’t accepted or acknowledged the most likely outcome of the colony and instead have continued to brand it as “America’s oldest mystery.”

This could be because of the economic impact of the tourist attraction the mystery creates, it could be because of some inter-island politics, or it could just be that historically people haven’t wanted to accept that white Europeans assimilated with the indigenous people of the Carolinas.

For Scott, this was never about achieving fame, getting rich, or even writing this book.

It was about preserving a history he saw quickly eroding.

As a boy, Scott would sift through the churned-up earth after an old fishing cottage was torn down, but before it was replaced by a three-story vacation home, searching for pottery and other artifacts.

He knew that before long, the whole island would be developed and there’d never be the chance to dig under these new houses again.

As he continued this process, he began building a story in his head of what might’ve happened. Scott, like any kid from eastern North Carolina, had heard the stories of the Lost Colony his whole life. But as a kid on Hatteras Island, he’d heard the stories about where the colony actually lived and how they survived.

He started remembering certain places where he’d find loads of pottery as a child.

Then he dug into the primary sources of literature and logs from John White — a task that still impresses me because they are almost written in another language.

And before long, he had what he felt was a pretty good idea of where the colony might’ve lived after leaving their fateful situation on Roanoke Island.

After several failed attempts, Scott found an archaeologist willing to join him on this journey — England’s Dr. Mark Horton. Each year for the past 10 years, they’ve led a team of students from the University of Bristol to dig different sites around Buxton.

Now, for the first time, they’re releasing their findings to the public.

According to Dr. Horton:

“The occupation continued into the 17th century on these sites. Here we find that the Native Americans are showing a sophistication in technology that would be alien to them. This includes the extensive use of firearms, and the preparation of their own lead shot, the working of copper sheets into artifacts such as figurines. We argue that this degree of technological sophistication (which is otherwise unheard of in the region) was gained directly from the Elizabethan colonists. By the mid 17th century, they were even wearing European style clothes – exactly as John Lawson described in 1700, when we last hear of them.” 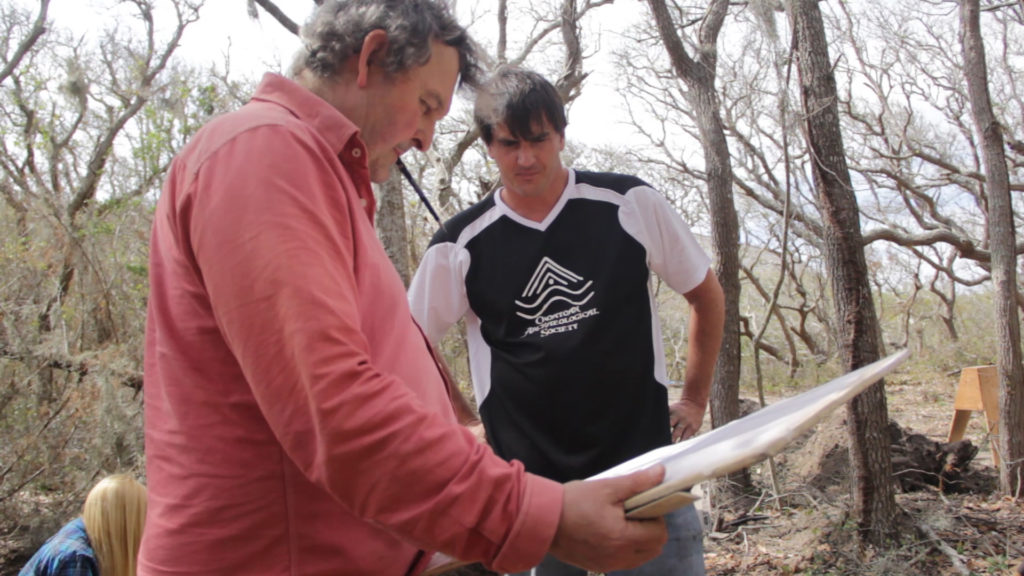 This has all been incredibly exciting for me, another child of eastern North Carolina.

I’ve been able to have exclusive access to their archaeological digs and their findings and am preparing to tell my version of their story in a documentary that seems poised to premiere on our own UNC-TV.

And in a time when our nation is so actively discussing how we proceed forward as a society, while recognizing our history, and choosing whom we celebrate and how, I think we are owed some truth about this origin of our country that has been painted over for the last century.

That truth, coincidentally, being that at one point, it was possible for two different groups of people to assimilate peacefully into one and move forward together. 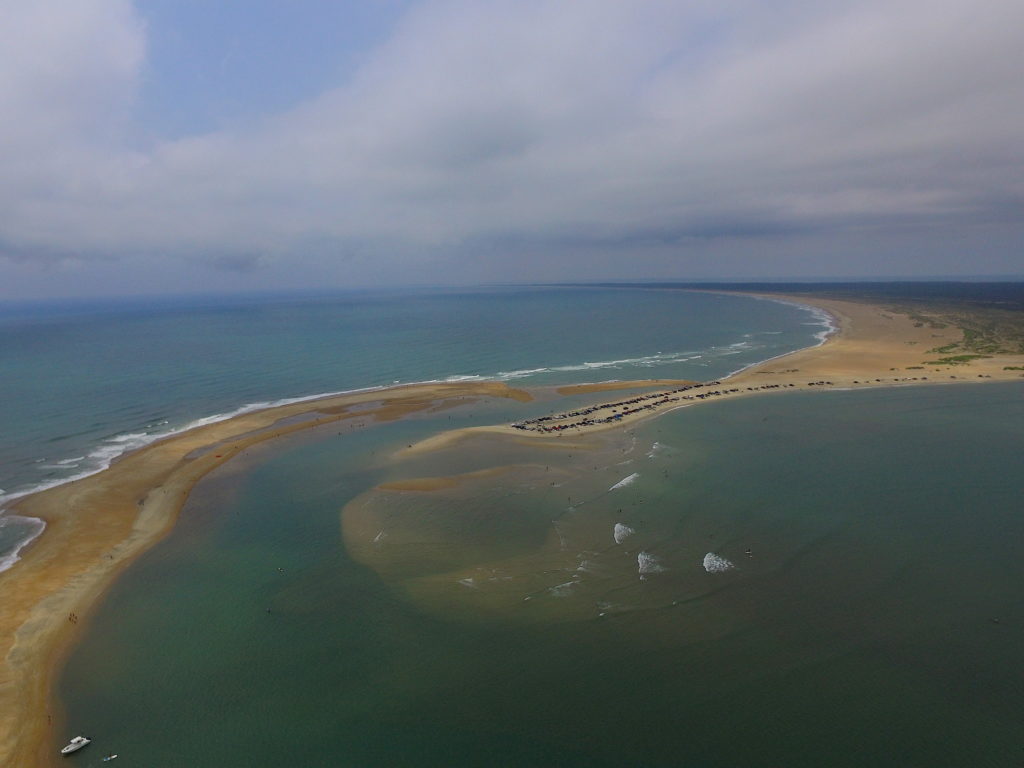