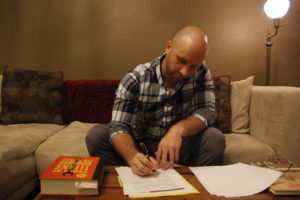 I chose a hard path in life.

It was unblazed, with branches and briars sticking out in its way, and rocky terrain that changed elevation like a roller coaster.

I started my first company six months out of college and entered the world of being self-employed.

I had no idea how to handle money or run a business.

Many of my friends got jobs at bigger companies, some moved to New York or LA, grinded it out for five or ten years, and once they had some savings and a 401k, then maybe decided to go out on their own as freelancers.

But I slowly built up my video production company from one person shooting wedding videos and sports recruiting videos to a small team that was pulling in decent sized clients for music videos and documentaries.

From 2007 to 2010 several opportunities arose for me to make good decisions with money and I blew them all.

My father died in 2007 and, unbeknownst to any of his sons, had actually managed to save some money to leave us.  I took that money and made two mistakes I’m still learning from: I bought a house and started a new business with my brother that I had no knowledge about.

I learned pretty quickly that working with family is extremely hard and most of us are not cut out for it, but I still lost a good amount of money in the two years we tried.  The house, contrary to the “American Dream” that has been sold to us, was possibly the worst financial decision I’ve ever made.

Mostly because I wasn’t educated. 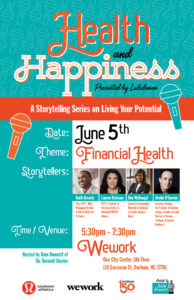 I bought the house in the summer of 2007 with two loans that were somehow cobbled together to give a 24-year-old with no income $200,000.  You know… one of those loans that crippled the housing market like six months later. Many people in my situation just walked away from their homes and took the credit punishment, but I stayed.

My interest rates were sky-high and I was living outside of my means.  But my video production was growing and in 2009 I was finally started to make some decent money of my own.

Then in 2010, since I had one big client that was providing me with plenty of work, I decided to move to New York to make “real” films.  That client promptly dropped me for unexpected (and to this day incomprehensible) reasons and I found myself in one of the most expensive cities in the world with no regular work. Oh, and I had just broken up with my girlfriend, with whom I signed a one-year lease, so I was living in our apartment by myself and responsible for the whole rent.

So I did what any logical person would do in that situation: I decided to make a self-funded feature film.

When my lease was up, I put my belongings in storage in Queens, and traveled the world living out of a bag and crashing on couches.  Two years later, I moved back to my house in North Carolina to save money and finish the film.

I couldn’t refinance my house because there’s an aspect of being self-employed that kept me imprisoned in that proverbial rock-and-a-hard-place for ten years.  When it came tax time, my goal was to show as little income as possible, so I didn’t get punished with a bill I couldn’t afford. But when it came time to buy something, or refinance my house, I didn’t show enough income to get approved.

This held me in a position for three years where my debt increased and my income stayed incredibly low, while I tried to finish my movie.  I kept borrowing money and scrambling to find any kind of work I could.

By some divine intervention, I licensed the movie in 2017 to RedBull TV, was able to pay back my investors, pay off my credit cards, and refinance my house.

But through all those years, and all those peaks and valleys, I hadn’t taken the opportunity to protect myself from potential valleys in the future. 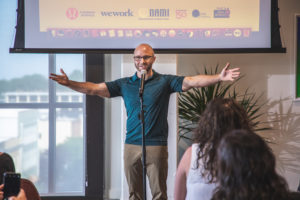 Had I put aside a little bit of money each year and left it alone, then I would have been in a much better situation after I sold the movie and went on to start the next project.  The easy excuse is that I didn’t have the money to save.  But I somehow found money for my mortgage, taxes, food, clothes, dates, movies, drinks, and every other thing life included.

Yet I didn’t have the discipline to save or the knowledge of how to.

That is mostly because I was never really taught the basic, much less the advanced, skills.

Now, I don’t believe for one second that this was anyone’s fault but my own, but I do believe that there are many other people out there that are suffering from similar situations (thousands of them with mountains of student loan debt, which I fortunately did not have) and if we can start educating them on the simple steps they can take to save, invest, and make money, then we should.

It’s not about getting “rich,” necessarily.

It’s about finding the financial freedom to create good art, live the life of purpose we were designed to live, and hopefully use our solid standing to help the next person.

Rain Bennett is a two-time Emmy-nominated filmmaker, writer, and competitive storyteller with over a decade of experience producing documentary films that focus on health and wellness.  His mission is simple: to make the world happier and healthier by sharing stories of change.