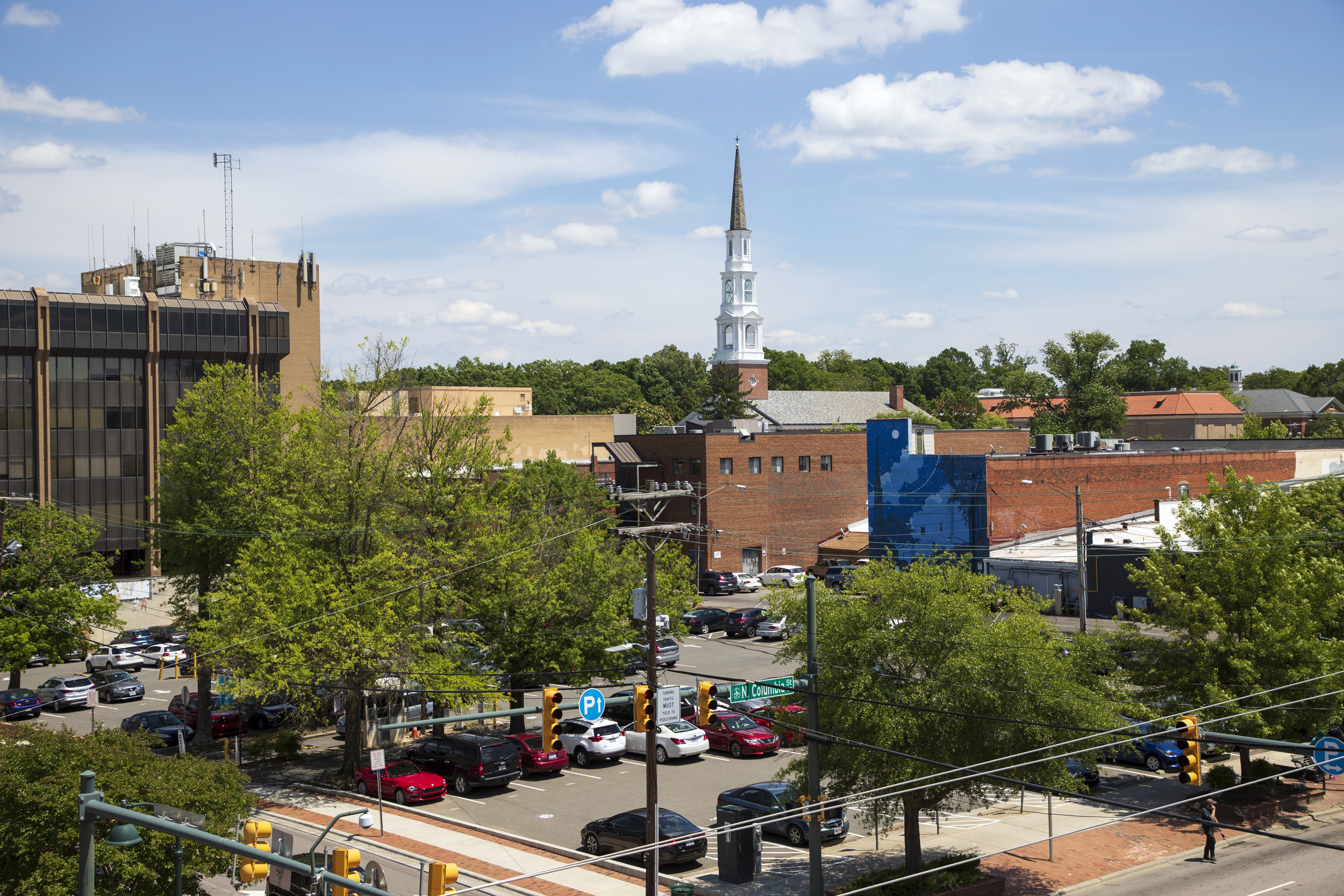 More than two dozen parking spaces in Chapel Hill will be lost for the foreseeable future ahead of major development on East Rosemary Street.

The town government recently alerted the community the lower section of the Rosemary-Columbia Parking Lot will be closed off beginning Monday, February 22. The area will be used to stage and store construction vehicles ahead of the demolition of the parking deck across the street at 125 East Rosemary Street.

Additionally, the construction vehicles will be used to support the redevelopment of the building at 137 East Franklin Street and 136 East Rosemary Street. Owned by the same developer coordinating the demolition of the parking deck, Grubb Properties, the building called the CVS Plaza will get work done on its exterior as part of an ongoing redesign.

The lower part of the Rosemary-Columbia Parking Lot contains 26 spaces.

The revitalization of the 137 East Franklin Street building is part of several elements Grubb Properties aims to complete in the coming years to transform the downtown area. The demolition of the 125 East Rosemary Street deck will be to construct a new parking deck that will have 156 more parking spaces than the current deck and the Wallace Parking Deck combined.

Following the construction of the new deck at 125 East Rosemary Street, the Wallace Parking Deck will be demolished for Grubb Properties to construct its own 250,000-square foot office building in its place at 150 East Rosemary Street. The project, which required a land-swap between Grubb Properties and the town government, recently saw early sketches reviewed by the Chapel Hill Town Council.

The town’s current estimated timeline for demolition of the parking deck at 125 East Rosemary Street is either April or May of this year. Construction of the new deck at the location is estimated to take one year.

More information on the East Rosemary Street Redevelopment Project can be found on the Town of Chapel Hill’s website.