New Sidewalk Being Installed in Front of Hillsborough’s Colonial Inn 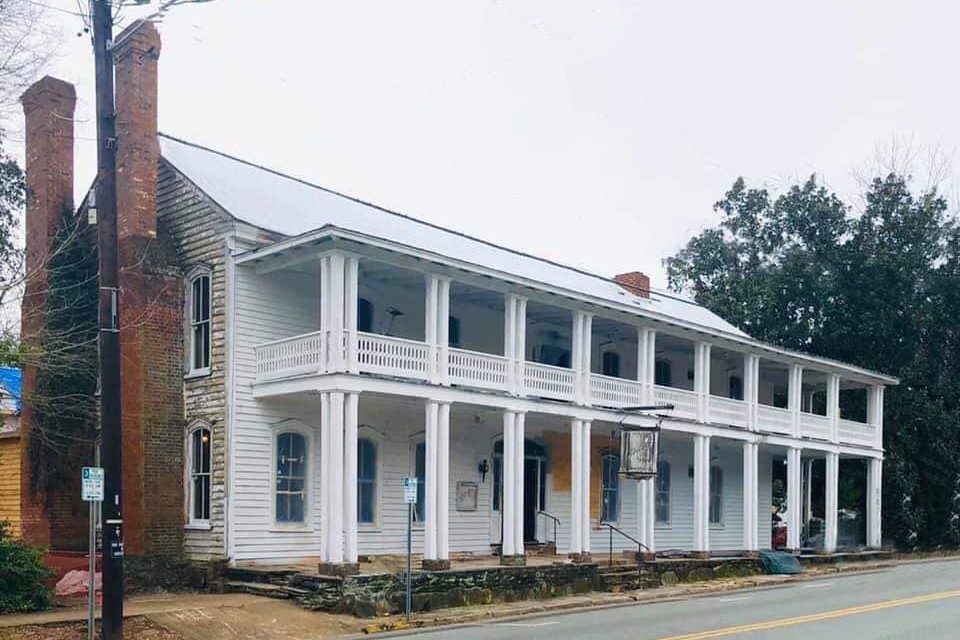 As the historical Colonial Inn nears completion of its months-long renovation in downtown Hillsborough, work right in front of the property has begun to improve access and safety.

The Town of Hillsborough shared a release saying a contractor for inn has begun construction on a new sidewalk in front of the building’s porch. Before, the Colonial Inn’s wide porch extended into the right of way, making the sidewalk much narrower than normal.

Hillsborough Mayor Jenn Weaver recently spoke with 97.9 The Hill’s Aaron Keck and explained why this is an issue.

“Right now, people basically walk across the front porch of the Colonial Inn when [they] walk through. The section that goes down by the road needs to be redone so it can be handicap accessible, which will be a great connection.”

The town said the construction project is privately coordinated between the inn’s owners and the North Carolina Department of Transportation, which maintains West King Street, where the inn has stood since the 1800s. But Hillsborough’s Board of Commissioners recently passed a measure to assist in installing the change. At its September 28 meeting, the town board approved a $10,000 contribution to the inn’s ownership to aid with costs of the construction. Ownership requested funding help since costs of the ongoing restoration have exceeded prior estimates.

Weaver explained why she believes it’s important the area be compliant with the Americans with Disabilities Act, and why the stretch in front of the inn is no outlier to the area.

“Accessibility on the side streets in Hillsborough is really tricky just because things were [built] so long ago,” she said. “There’s stairs and all kinds of [features] that, over time, are being redone. So, we agreed to offer some assistance to help get that sidewalk section complete.”

Weaver also said the Colonial Inn is “tantalizingly” close to being reopened for business, which the historical site’s Facebook page has also teased.

“I will leave it to the Colonial Inn folks to let people know when they plan to have their grand opening,” said the Hillsborough mayor. “But it does seem like it’s getting very close and it really looks gorgeous.”

Restoration on the inn has continued through the COVID-19 pandemic, despite its delay from an expected completion around May. Allied DevCorp. LLC purchased the property for $800,000 in early 2018. According to the ownership group, the historical building will be an operating inn and a small-venue event center once restoration is completed.

The Town of Hillsborough said flaggers will be posted to direct traffic around the south section of West King Street as needed during the sidewalk construction. The estimated timeline for the street-side project is four to five weeks.

Photo via the Colonial Inn of Hillsborough.