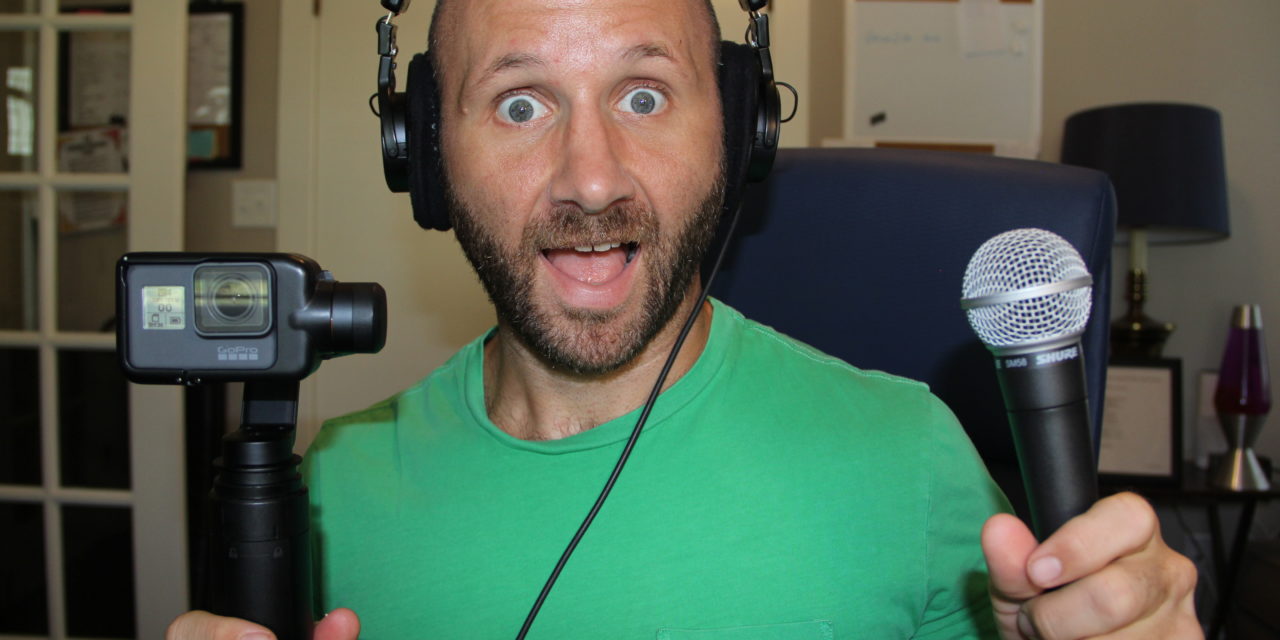 It has taken me a long time, but dadgummit, I think I’m figuring this whole thing out.

Over the past two years, I feel like I’m really starting to see the angles — to see how the world works and the stars align and all that mumbo jumbo.

But the thing is, it’s not just mumbo jumbo.

At the end of the day, it all comes down to seizing opportunities and creating real connections.

A connection is a bond established by exchanging value. You get something and I get something. That’s how it’s been since we were trading fur for food, that’s how it is now when we exchange money for a good or service, and that’s even how it is when we choose to spend time with people.

We are getting something out of it.

But nowadays, with how easy it is to access people’s time and attention, there’s a whole lot of asking, versus offering. People are pushy. And spammy.

And that’s not how connections are made.

I’ve seen this most clearly in my recent attempts to book guests on the new season of my podcast, The Storytelling Lab.

At the end of the last season, we hosted our biggest guest to date, Evan Carmichael — an entrepreneur, author and influencer with over two million Youtube subscribers. Since booking him, which was a great story about seizing opportunity in its own right, my team and I decided to take our show to the next level and book bigger guests — even some of our dream guests.

First, hosting Evan gave me the confidence to approach certain people that I might not have had before. But experience on the mic and hosting the show also gave me that.

What really made it possible was how I reached out to them.

I wasn’t pushy. I wasn’t just asking them to be on my show (something that would help me more than them). I was establishing a real connection with them in hopes of pulling them into my orbit and accepting my invitation.

In my emails, I mentioned some sort of connection we’d had. If we’d tweeted to each other previously, I said, “Nice chatting with you on Twitter!” If they just released a new book, I purchased it and told them I couldn’t wait to read it. Or if I’d read it, I told them specifically what parts I loved. (Pro tip: I actually read their stuff, not just mention it.)

Then I introduced myself, what I do, whom I serve, and how — as succinctly as possible.

I tell them how I think their work would make them a great fit for my audience and how my audience is one that could easily become a part of their audience. (Pro tip: I don’t just ask guests with big followings, they have to actually make sense for my show.)

I thank them for the work they’ve done and how it’s inspired me. I offer to help them in any way I can (one person gladly took me up on this and asked for an Amazon review of his book).

Then comes my ask, and I make it very simple.

I give them a link to book a calendar slot if they agree. If they can’t right now but are willing to later, I ask when I should reach back out. And if they’re not interested, I thank them for taking the time to consider and tell them to keep up their awesome work.

We’re basically batting 1.000 right now (still waiting to hear back from one, cross your fingers!).

Some of these are people that my producer has reached out to several times to no avail.

It makes sense to me now that they wouldn’t respond to that cold email from someone they didn’t know. And even though they don’t “know” me yet, I make it clear (again, without being pushy or arrogant) why it would make sense for their brand for them to get to know me.

Then, the most beautiful part of creating organic connections happens once I establish a real relationship with the person.