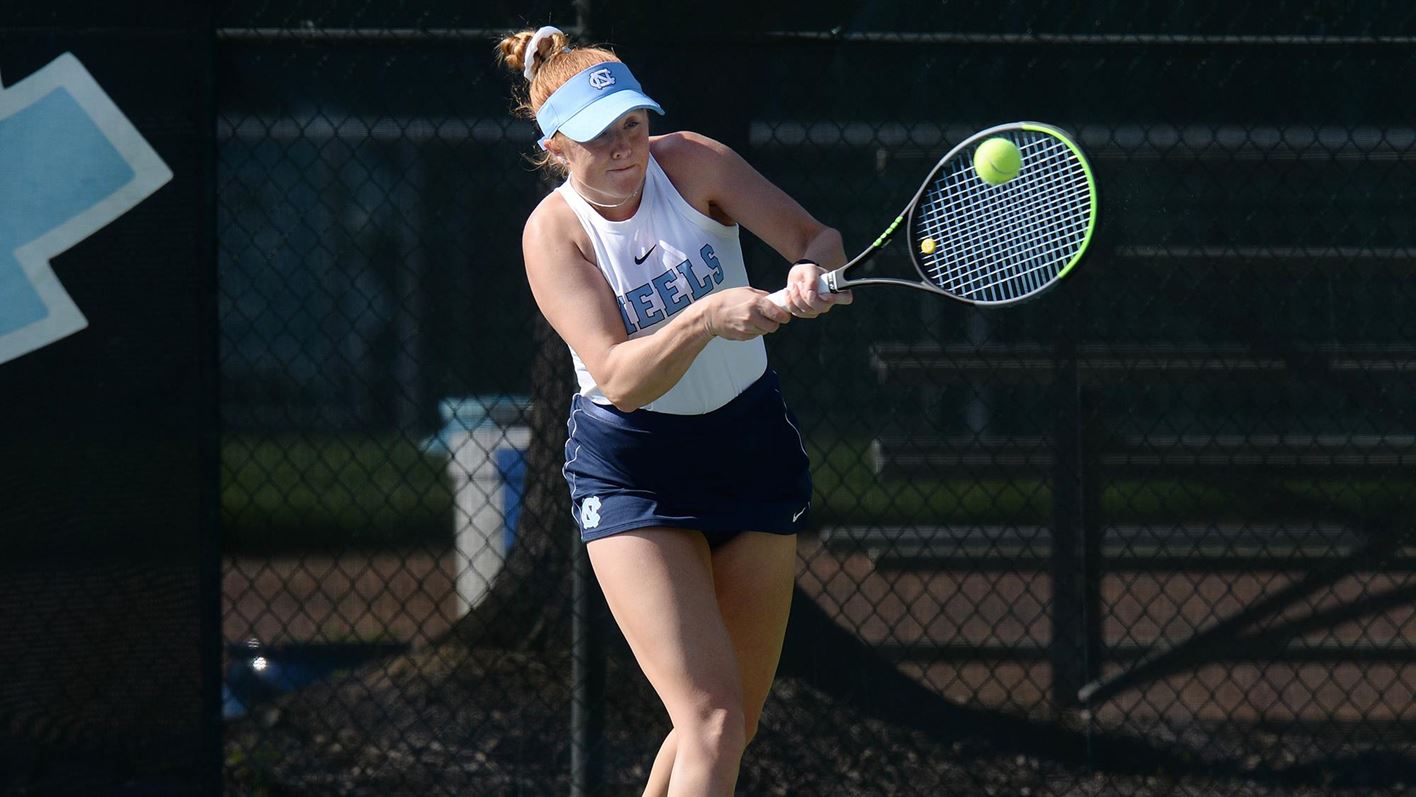 UNC fifth-year senior Sara Daavettila was selected Thursday as the winner of the Honda Sport Award for women’s tennis, becoming the second Tar Heel to win a Honda Award this season.

The Honda Sport Award is presented annually to the top female athlete across 12 different NCAA sports. UNC junior Erin Matson was recently named the winner for field hockey after leading the Tar Heels to their third straight national championship.

Daavettila earns the honor after entering the NCAA Singles Tournament as the top overall seed and making just the fifth semifinal appearance in UNC history before falling to eventual national champion Emma Navarro of Virginia,

The Michigan native was the ACC Player of the Year in 2021 and helped guide the Tar Heels to an ACC title and the top overall seed in the NCAA Team Championship. UNC was 30-0 entering the tournament semifinals before suffering an upset loss to Pepperdine.

She finishes her UNC career as a seven-time ITA All-American with a singles record of 149-35 and ranks second on the school’s all-time list.

By winning the Honda Sport Award, Daavettila joins Matson as a nominee for this year’s Honda Cup — which recognizes the Collegiate Woman Athlete of the Year.

“It’s an honor to receive the Honda Sport Award for Tennis,” Daavettila said. “I’m very grateful and humbled to be selected among so many incredible athletes and after such a challenging year for everyone. Thank you to Carolina, my family, coaches, teammates, the amazing athletic department and staff, and the Carolina community.

“The culture at UNC is truly special and imparts important life values and provides unique opportunities,” she added. “We play for the love of our sport, each other, and our incredible university. Carolina is a family and I’m blessed to be a part of it. The Honda Award is special because it recognizes more than just athletic achievements and it is a privilege to receive it representing Carolina.”

Sara Daavettila becomes the first player in program history to be named the winner of the prestigious Honda Sport Award for Tennis#GoHeels 🐏🎾 pic.twitter.com/4mumpYt239