UNC Wrestling Ranked No. 8 in NWCA Coaches Poll, First Time in Top 10 Since 1995 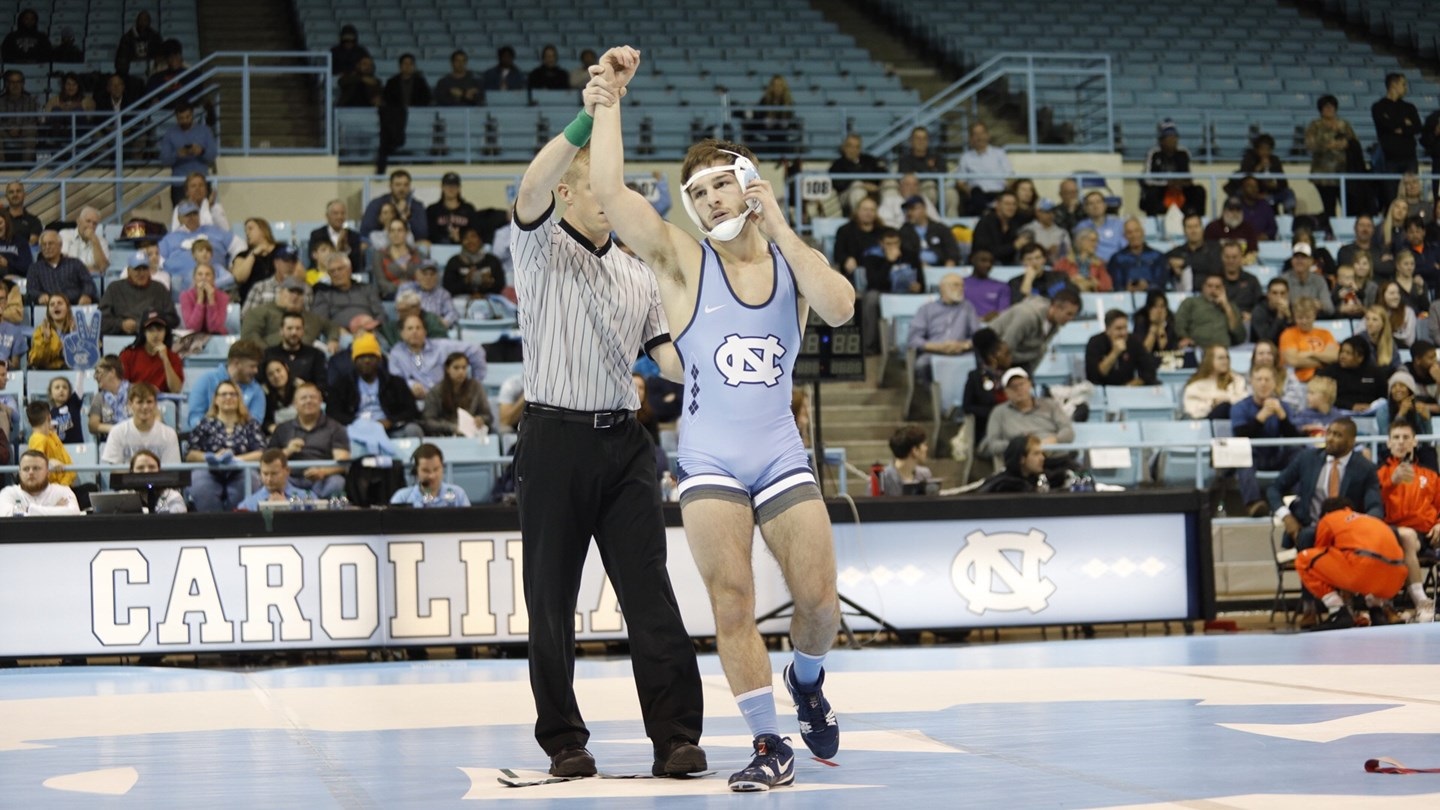 Coming off a huge upset victory against previously undefeated Virginia Tech, the UNC wrestling team jumped from No. 12 to No. 8 in the most recent NWCA Coaches Poll released on Tuesday.

This represents the first time the program has been ranked inside the top 10 since 1995.

UNC is 9-1 in dual meets this season and began conference competition with that win over the Hokies, who were ranked No. 3 at the time.

Virginia Tech fell to No. 7 following its loss to UNC, while No. 9 Wisconsin and No. 10 Pittsburgh are just behind the Tar Heels in the top 10.

UNC returns to the mat on Friday to host unranked Duke at Carmichael Arena (7 p.m.)