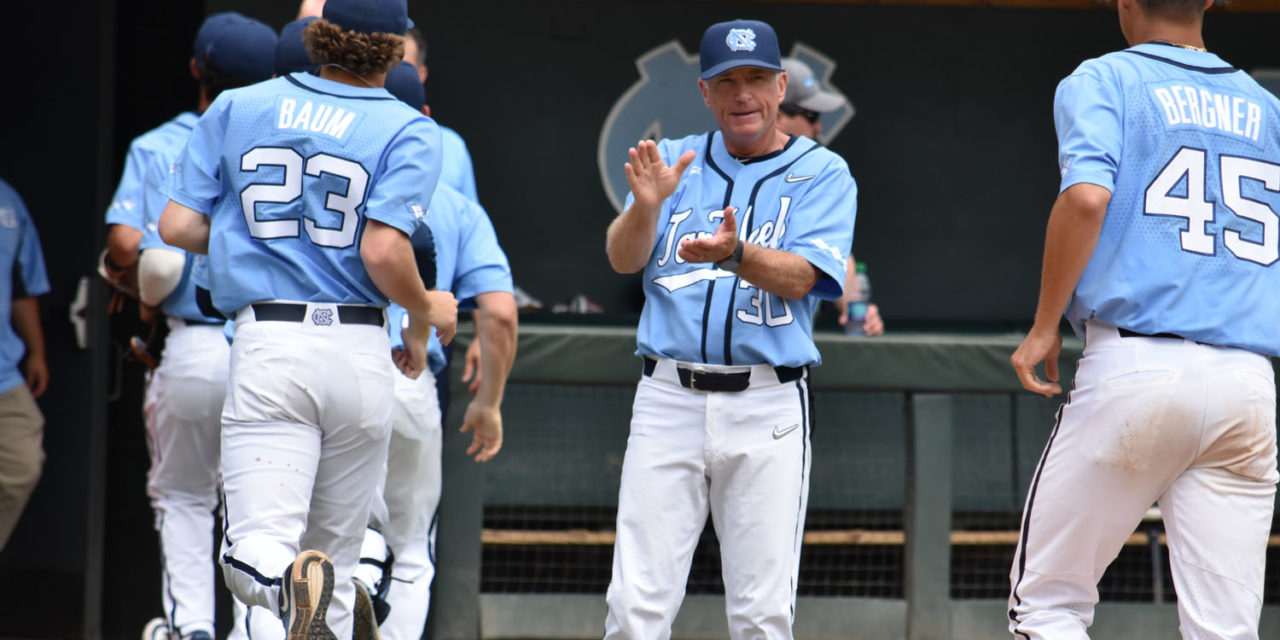 Austin Bergner and Austin Love combined to shut out the Auburn Tigers on Sunday and extend UNC’s baseball season.

Carolina jumped out to an early 2-0 lead in the top of the first inning on a single by Ike Freeman that scored Michael Busch and Aaron Sabato. The Tar Heel pitchers took over from there to force a decisive game three in the NCAA Super Regional on Monday after Auburn won game one on Saturday.

Bergner got into two-out trouble a couple of times early in the contest, and UNC stranded 10 runners over the first five innings. But the starting pitcher battled into the fifth inning when Austin Love was called in to replace Bergner with one out and runners on first and second. Love forced two flyouts – the second of which took centerfielder Dylan Harris to the wall.

Love rebounded from a rough outing in the first game of the series to deliver the Tar Heels the victory in game two.

Game three will take place at 1 p.m. on Monday. The winner will advance to the College World Series.