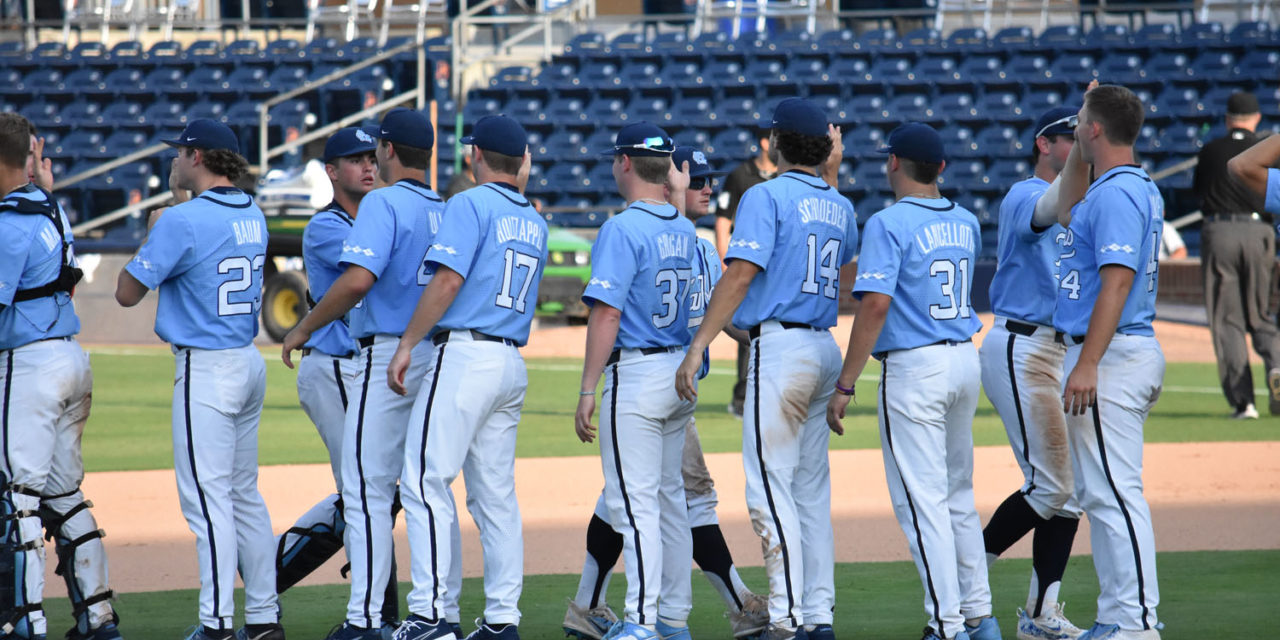 Nearly seven hours after the first pitch of the NCAA Tournament Regional play in Chapel Hill Friday, UNC came away with a walkoff 7-6 win in nine innings.

A back and forth game was halted in the bottom of the ninth inning for three hours due to weather delays with the score tied at six after a home run from ACC Freshman of the Year Aaron Sabato tied the game.

UNC quickly loaded the bases after play resumed. Freshman Danny Serretti was on third and got caught in a rundown between third and home. As Serretti dashed for home, UNCW overthrew the defense and Serretti slid home safely.

UNC will now face No. 3 Liberty after the Flames knocked off second-seeded Tennessee late Friday night, in a game that was started at 10 p.m. after the conclusion of UNC-UNCW. First pitch for Carolina-Liberty is scheduled for 4 p.m. UNC split the season series with the Flames during the regular season.