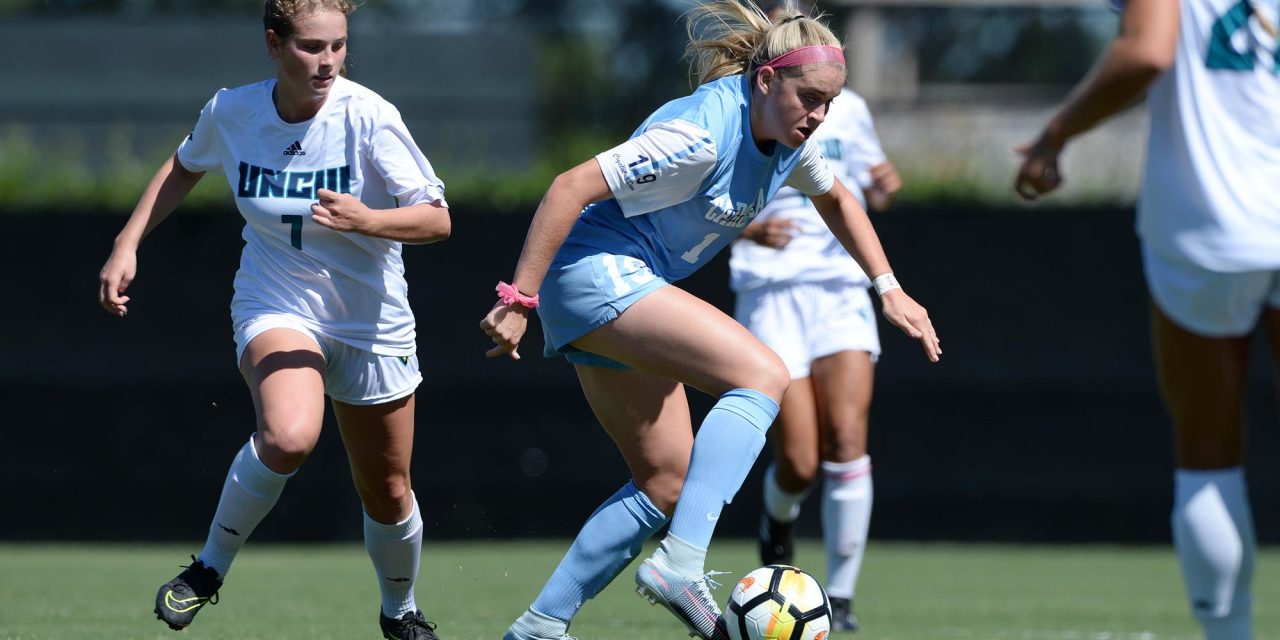 A pair of goals from freshman sensation Alessia Russo on Sunday lifted the fifth-ranked UNC women’s soccer team to its sixth consecutive win–this one a 2-0 victory over No. 15 Wake Forest in Winston-Salem.

Russo’s first goal came in the 23rd minute, as she finished off a beautiful cross from teammate Bridgette Andrzejewski.

In a defensive battle that saw both teams combine for a total of just 11 shots, it took until the 70th minute for the Tar Heels (10-2, 6-0 ACC) to get on the board again.

After forcing Wake Forest (9-3-2, 3-2-1 ACC) to turn the ball over at midfield, Russo then dribbled past a group of defenders and found the back corner of the net for her team-leading seventh goal of the season.

For UNC goalie Samantha Leshnak, it was also her fifth shutout in the team’s six ACC games so far–a major reason the Tar Heels remain tied with Duke atop the league standings.

The Tar Heels will play on the road yet again in their next game, traveling to face Boston College on Saturday, Oct. 14. That match is set to begin at 7 p.m.