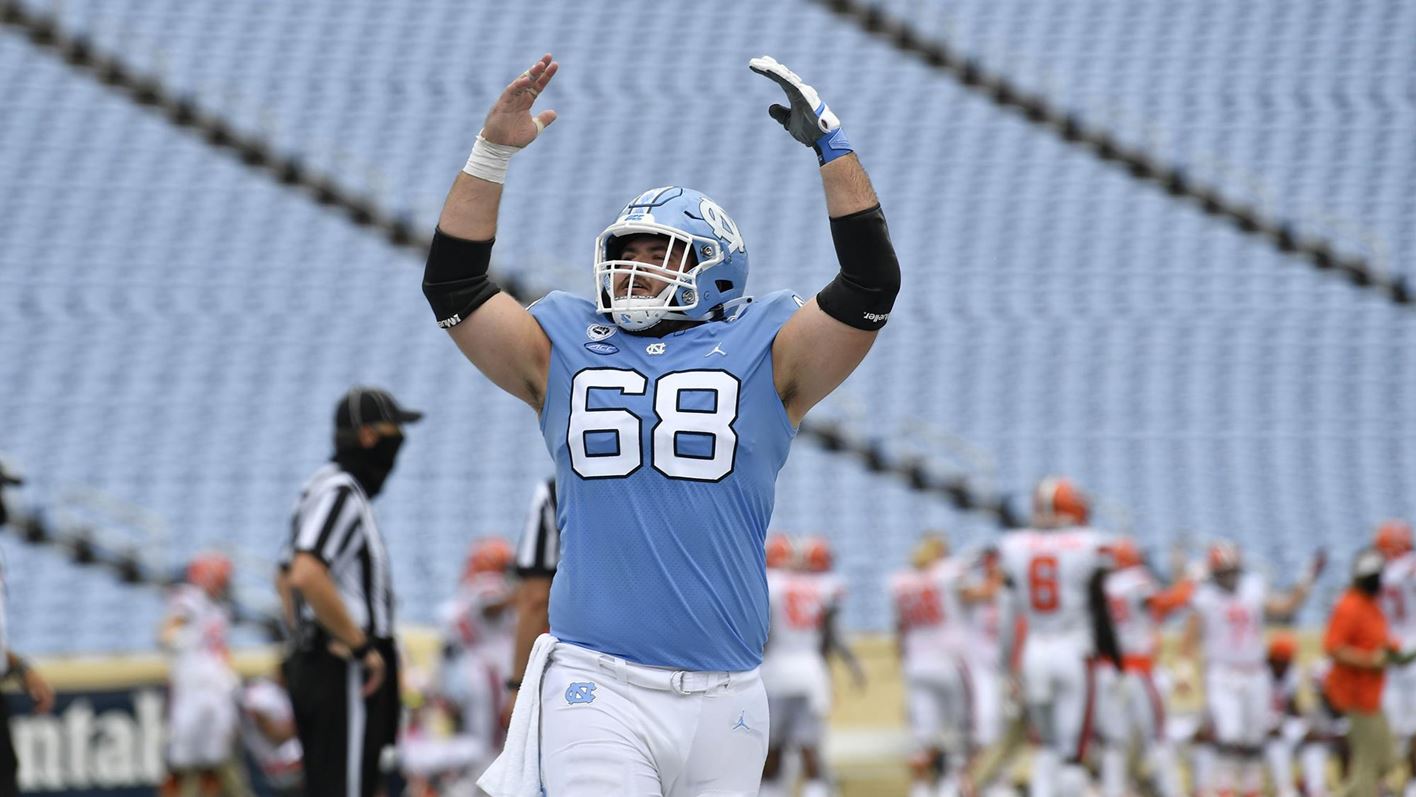 UNC junior center Brian Anderson was named to the Rimington Trophy watch list on Wednesday, the award presented annually to the top center in NCAA Division I college football.

Anderson has made 14 starts for UNC over the last two seasons and was just recently named the ACC Offensive Lineman of the Week for his efforts in the Tar Heels’ 56-45 win over Virginia Tech.

UNC gained a whopping 656 total yards — including 399 on the ground — with Anderson and the offensive line paving the way, all while surrendering only one sack.

While the vast majority of college football awards revealed their watch lists in the preseason, the Rimington Trophy Committee adjusted its procedures with consideration to the COVID-19 pandemic — choosing to hold off on making its list until play began and a plan was implemented across all Division I conferences.