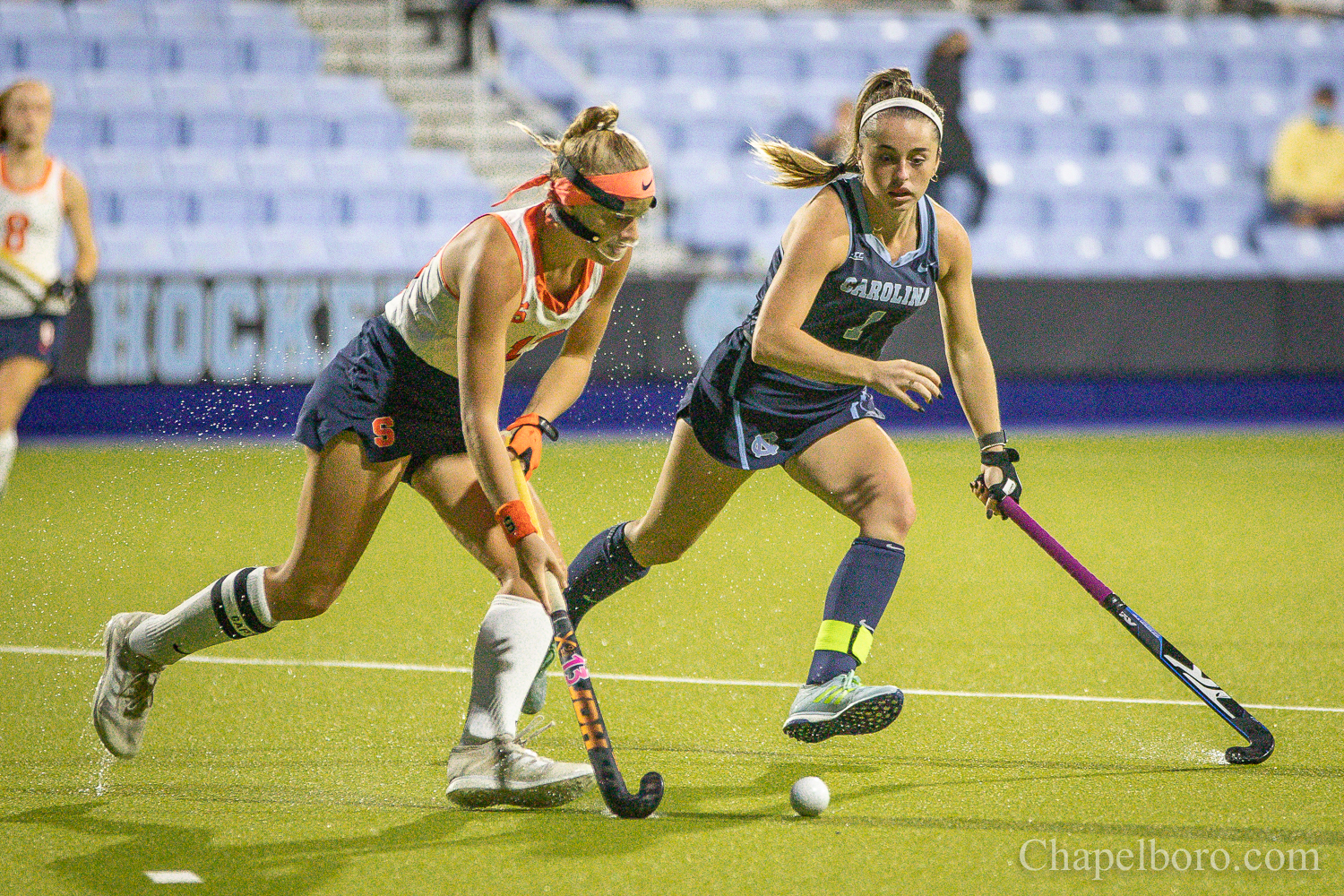 Under the lights at Karen Shelton Stadium on Friday night, the UNC field hockey team delivered a 1-0 victory over the Syracuse Orange thanks to a late goal from All-American Erin Matson.

Matson scored on a penalty corner attempt with just under eight minutes remaining, while the Tar Heel defense held strong the rest of the way to improve UNC to 5-1 so far in 2020.

It was Matson’s team-leading fifth goal of the season and it extended the Tar Heels’ winning streak to four games, after the team had its 47-game win streak snapped by Louisville last month.

The Tar Heels tallied up 11 shots against Syracuse (1-3) on Friday, while holding the Orange to just five.

A solid defensive effort by the visitors, however, meant that the game would be decided in the final minutes.

It all simply came down to arguably the top player in the nation doing what she does best, and of course Matson delivered when UNC needed her to.

“I’m thrilled with Erin’s execution on the penalty corner, to eliminate the first runner on the penalty corner and put the ball in the goal,” head coach Karen Shelton said. “And hats off to our defense – the entire team played well and it was a great team effort. I thought both teams played really hard, and we grew up a little bit in this game.”
Up Next:

The Tar Heels are scheduled to host Duke on Sunday, in a game set to begin at noon.