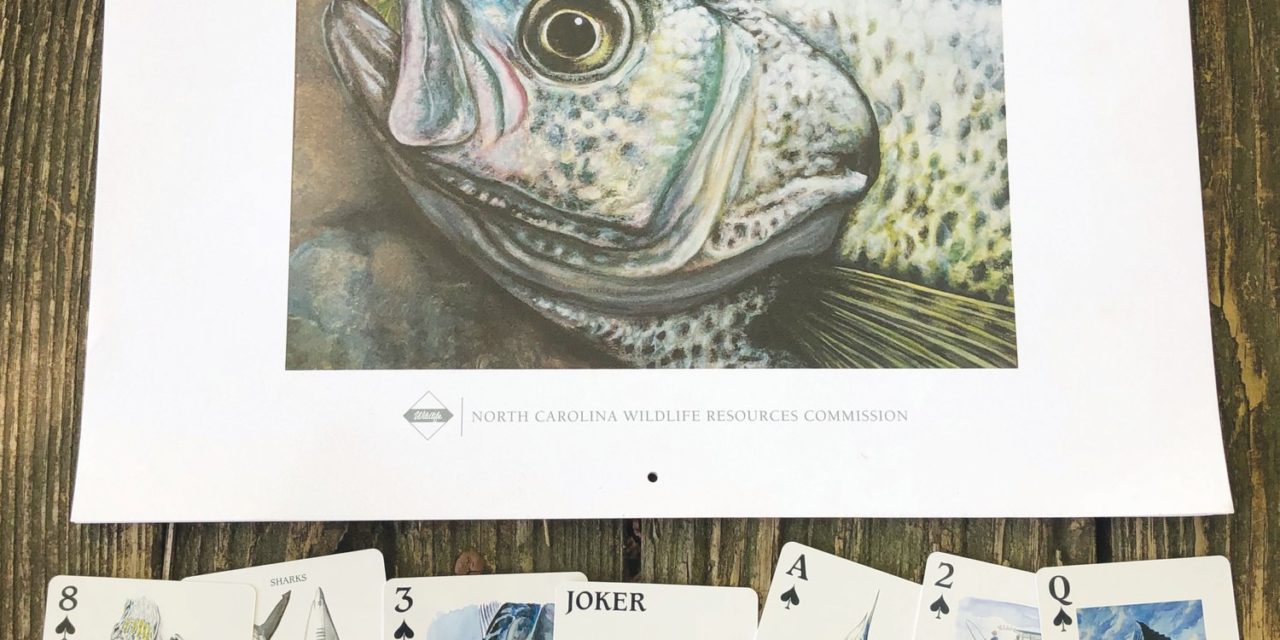 There are countless tools and contraptions — traps and snares, nets and nooses — employed by man over centuries to capture wildlife.

But Jeff Christian needs only brushes, paint and canvas.

With those gentle implements, the 53-year-old Pittsboro artist has been capturing images of wildlife nearly all his life. He aims to recreate on canvas images of the natural world around him, what he calls “the perfect scene at the perfect time.”

He’s been a professional wildlife artist, illustrator and graphic designer for 30 years.

His artwork — mostly created utilizing oil and watercolor paints and employing a style he calls “painterly realism” — is “the genuine expression,” he said, of the artist’s “awe of God’s creation.”

A recent painting — entitled “Crappie,” it’s a portrait of the freshwater pan fish — is not only featured as the September image in the North Carolina Wildlife Resources Commission’s 2021 calendar, it also adorns its cover, a first for the longtime artist.

Christian found the beauty of the calendar cover portrait in its subject’s details.

“A lot of people think of crappie as just a pan fish,” he said. “But I was fascinated by the little details, the glittering color. You just think of crappie as being black and white; but there’s a lot of color and nuance. That’s what I want to capture.”

Christian was born and raised in Sanford and has lived with his family — wife Tracie and their children Julia and Luke, who are students at Woods Charter School, and Alex, a sophomore at the University of North Carolina at Chapel Hill — at their home north of Pittsboro for the last couple of decades. Their two-story home is nestled in a quiet neighborhood near woods and farmland off of Old Graham Road.

A downstairs room serves as Christian’s art studio. He spends a lot of his time there, working on the commissions and various other projects that keep him busy. He’s currently working on several commissioned paintings and creating the illustrations for a children’s book called “The Two Knights.”

For his wildlife art, of course, he finds his inspiration outdoors. That’s where he has always instinctively turned for most of his subject matter.

“I think it was kind of like, ‘What would I want to see on my walls?’ When I look at a painting, I want to look into another world. And where would I want to be if I’m not at home? I would want to be on the Chowan River, for instance, like in the painting over there,” Christian said, nodding towards a framed painting of a riverbank hanging on a wall of his studio.

“That’s one of my favorite places,” he said, “and not a lot of people necessarily get to go there, so it’s just always seemed natural to me to paint those places. I was never that interested in painting a downtown scene.” 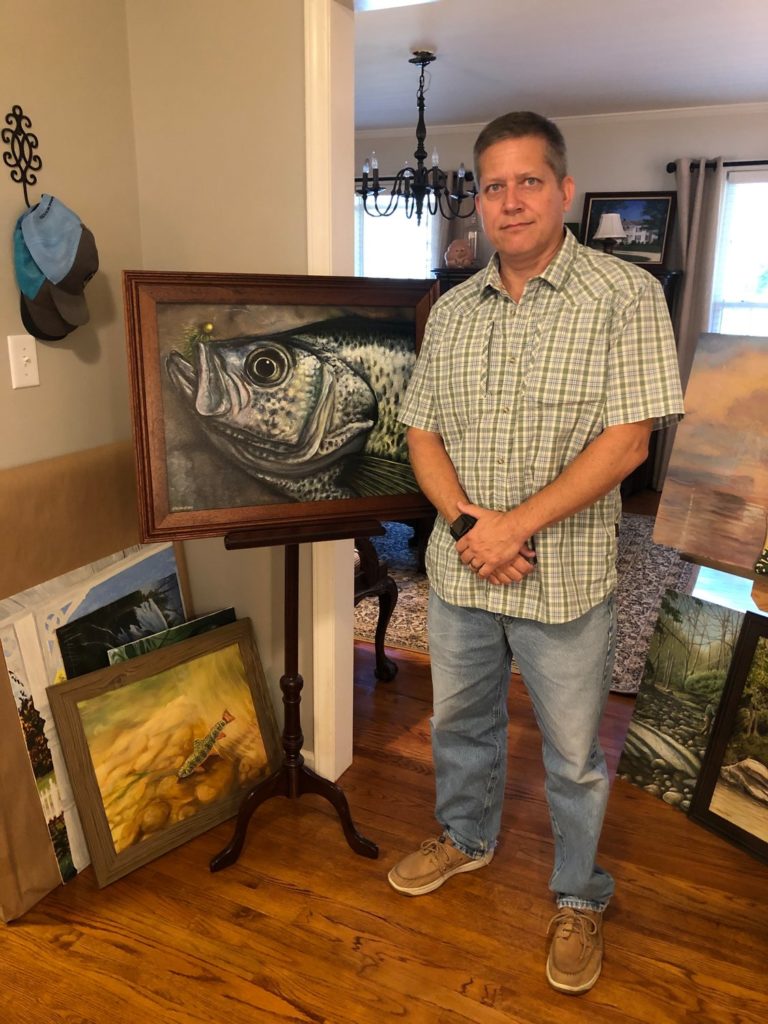 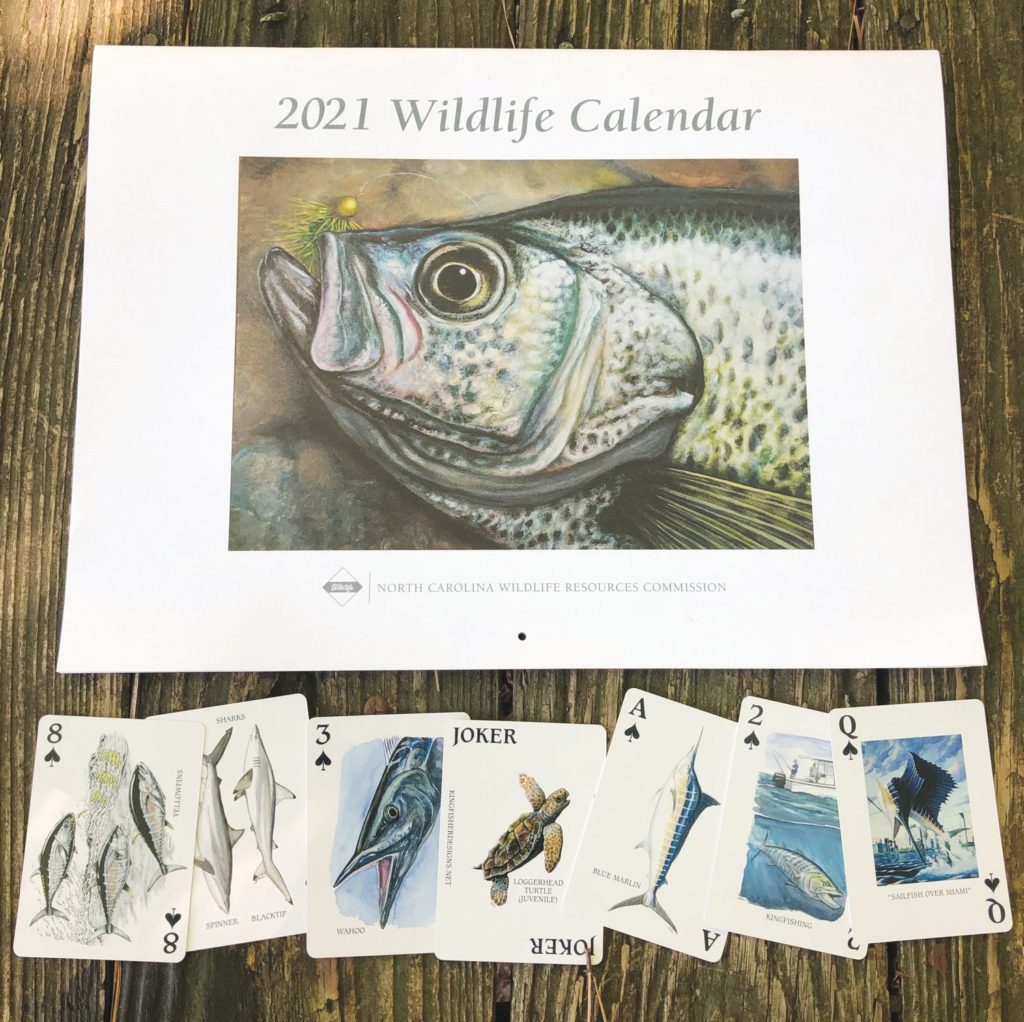 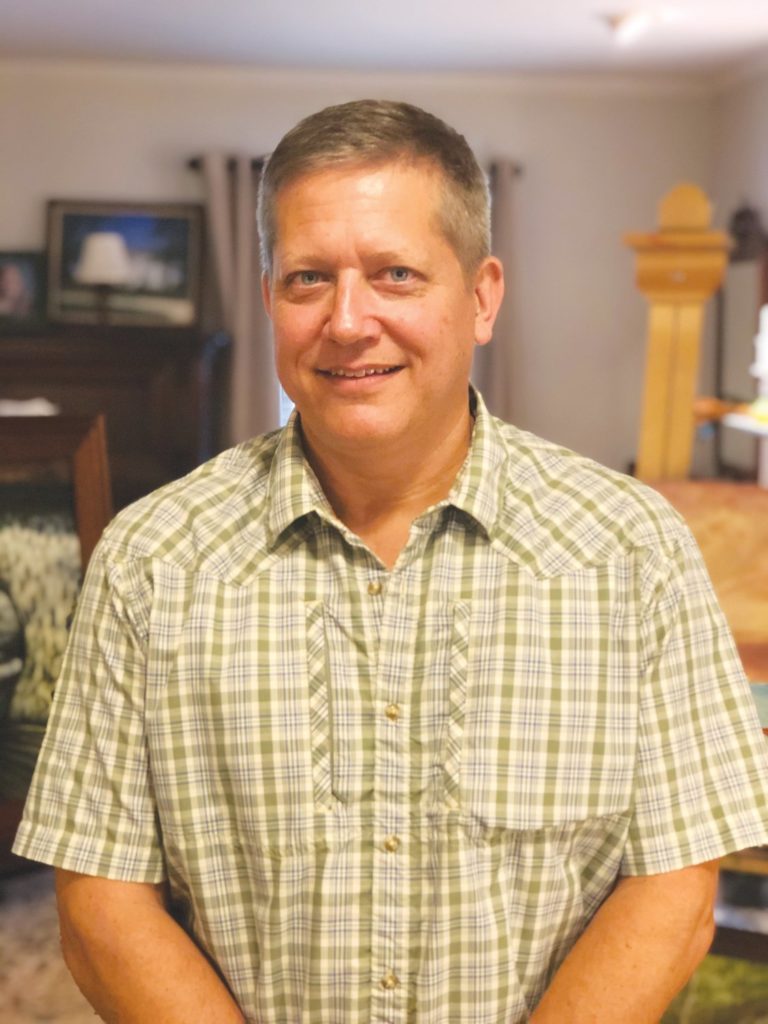 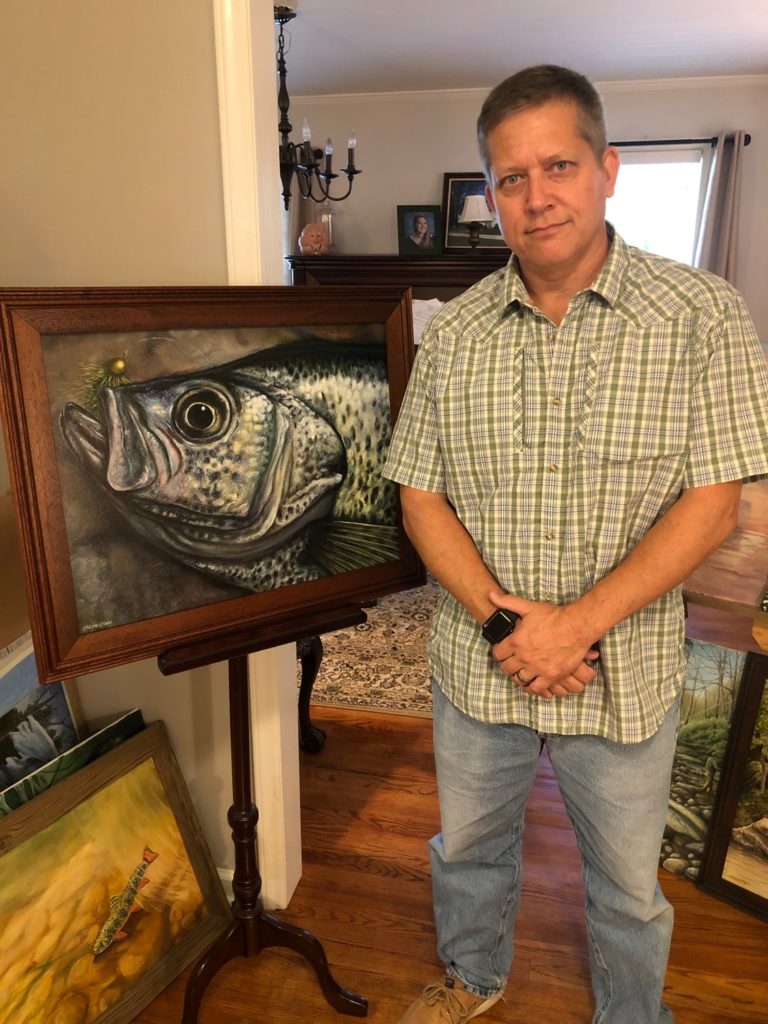 A lifelong outdoor sportsman, he’s “done every kind of fishing there is,” he said. “I love fly-fishing. The intricate stuff. I tie flies. I’ve built fly rods. But I also have noodle rigs I catch catfish with. Everything in between. A passion of mine lately is kayak fishing.”

He is also, he said, “fascinated with the science of boats and the tradition of it, too. North Carolina has such a rich history with boat-building.”

Christian also makes his own wooden frames from mahogany, walnut, oak and weathered barnwood. “I do a lot of woodworking and that kind of thing,” he said. “I like to be crafty.”

He began nurturing his creative talent at a young age.

“When I was supposed to be paying attention in class, I’d be drawing pictures,” he joked. “In some way or another, all I’ve ever done is art work.”

Christian majored in art while at UNC-Chapel Hill in the mid-1980s and for three years, he was the editorial cartoonist for the campus newspaper, The Daily Tar Heel.

As a teenager, he said, “my dad got me painting herons and egrets and stuff like that on barnwood for his friends who had beach houses. Right out of school, I worked at a screen-printing shop in Chapel Hill, and after work I’d come home and paint, do watercolors. I started doing fish portraits and selling them at an art gallery in Buxton on the Outer Banks. I could make money doing that, so it kind of grew from there.”

Over the years, Christian’s artwork has been seen by a wide audience, appearing on the covers of magazines and catalogs, on T-shirts and for clients including Penn Reels, Ducks Unlimited and “Wildlife in North Carolina” magazine. A member of the North Carolina Wildlife Artist Society, he’s exhibited his paintings all over North Carolina as well as along the East Coast in marinas and tackle shops.

“I always have several commissions and projects going,” he said. “I’ve been around a long time and been doing a lot of artwork for a lot of people.”

While Christian’s art has been featured in previous N.C. Wildlife calendars, his normally busy work schedule prevented him from submitting to the annual publication in recent years. This year however, the timing was right, and the coronavirus pandemic played a part.

“When the shutdown happened, I said ‘OK … I’m just going to take the month of April and paint.’ I had four or five paintings going and I had two I completed, and I got good images of them and sent them in. ‘Crappie’ was one of them.”

To create the painting that would become the calendar’s cover, Christian worked from several photographs.

“I have lots of pictures and I’ll go on the internet and find stuff,” he said. “What this will end up being is an amalgamation of different photographs. I’ll use one to get the geometry of it just right. Another will have better lighting.”

Lighting is key, he said, noting the difference between a fish just pulled from the water when “it’s electric with color,” in contrast with the same fish after being stored in a cooler and “the light in the eye is gone. I have to piece together all the information to do the painting. And then I put my own spin on it, make the background different, place the fly right there.”

A month or so after submitting his completed painting, Christian received an e-mail notifying him that “Crappie” would not only be included in the 2021 calendar, it would also grace its cover.

“I was tickled,” he said. “You get good exposure and some contacts. It’s exciting, especially to make it on the cover. You know, my confidence has its ups and downs, so to get that acknowledgment is good.”

Christian’s paintings, prints, gifts, shirts, cards, hand-crafted gear and more are also available directly from the artist through his websites: www.jkchristian.com and www.kingfisherdesigns.net.