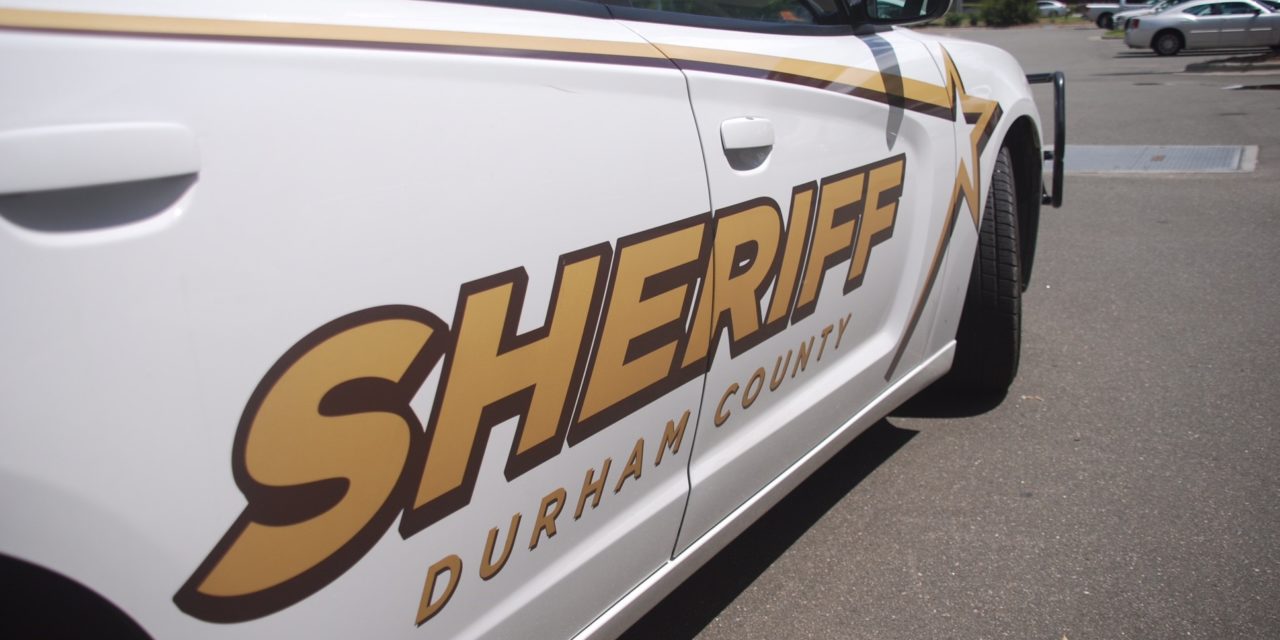 As the country continues reacting to the death of George Floyd, a black man killed while being detained by Minneapolis police officers, local law enforcement have been sharing messages to their own communities. The Durham County and Orange County Sheriffs each issued their own statements on Friday regarding the incident and the roles of law enforcement as leaders.

Sheriff Charles Blackwood of Orange County was critical of the police officers’ actions, which were captured on video and have since been widely shared on social media since Floyd’s detainment on Monday. Footage showed one police officer, who was white, holding his knee against Floyd’s neck and pinning him to the pavement. Floyd repeatedly said he could not breathe before becoming unresponsive.

“The video footage is horrendous,” said Blackwood in a statement to Chapelboro. “As both a human and as a law enforcement officer, I am devastated by what I saw. What I saw on that video is wrong. It goes against everything I stand for as a person and everything my deputies and I train for as professionals. There is no excuse for such an egregious act and there should be no tolerance for it.”

Durham County Sheriff Clarence Birkhead addressed the problems surrounding treatment of African Americans beyond Floyd’s death. He referenced the death of Ahmaud Arbery and false accusations by a woman in New York against a black man as additional recent examples of injustice.

“The African-American community is, yet again, crying out for justice, equality, reform, and answers,” Birkhead wrote in a letter to the community. “As your Sheriff, I hear your voices. As a law enforcement leader, I am embarrassed, and outraged, at the behavior of a few officers who fail to demonstrate the professionalism and humanity required to protect and serve our diverse communities. No matter how hard I try, I simply cannot understand how these incidents continue to occur and those officers responsible seemingly go unpunished.”

Blackwood shared more about his philosophy as he runs the Orange County Sheriff’s Office.

“As the Sheriff, I have an obligation to the people we serve. Read our mission statement. Read our vision statement. There is not a word in either about enforcement. Instead, you will see a desire to respond to the needs of the people we serve, a belief that everyone deserves to be treated with courtesy, and a commitment to dignity and respect. I expect most officers in the Minneapolis Police Department feel the same way, and I am aware of how painful this time must be for them.  Right now, however, I am more aware of my grief for Mr. Floyd, his family and friends, and the Minneapolis community.”

Birkhead said similar thoughts in his statement, saying the justice system and the sheriff’s office role in it should not signify hostility.

“Thirty-five years ago, I was called into law enforcement to help diversify a profession that had few people of color, like me, in its ranks. I believed then, as I do now, that the key to having a criminal justice system that is fair and just for all persons is achieved from within. But as I see and hear more about George Floyd, Sandra Bland, Eric Garner, Philando Castile, and others, the realization that we have much more work to do becomes tragically apparent. I find the acts and omissions by these police officers to be incomprehensible and indefensible. All of us, including those accused or convicted of a crime, deserve humane treatment.

As Sheriff, I will not tolerate the disregard for humankind. I am committed to ensuring fair and impartial treatment of all residents of Durham County regardless of their ethnicity, race, sexual orientation, religion, age, or socioeconomic class. When we encounter lawbreakers in our community, they are to be treated with dignity and respect. I am committed to making sure the men and women of the Durham County Sheriff’s Office understand that wearing the uniform is a privilege and an honor that is incumbent upon the existence of public approval.”

On Thursday, UNC Police Chief David Perry also issued his thoughts on the ongoing events in Minneapolis. He said it is imperative that officers recognize the importance of acting as “those with the power to effect change do so proactively each day.”