Proposal Would Add Another Roadway Entrance to Wegmans in Chapel Hill 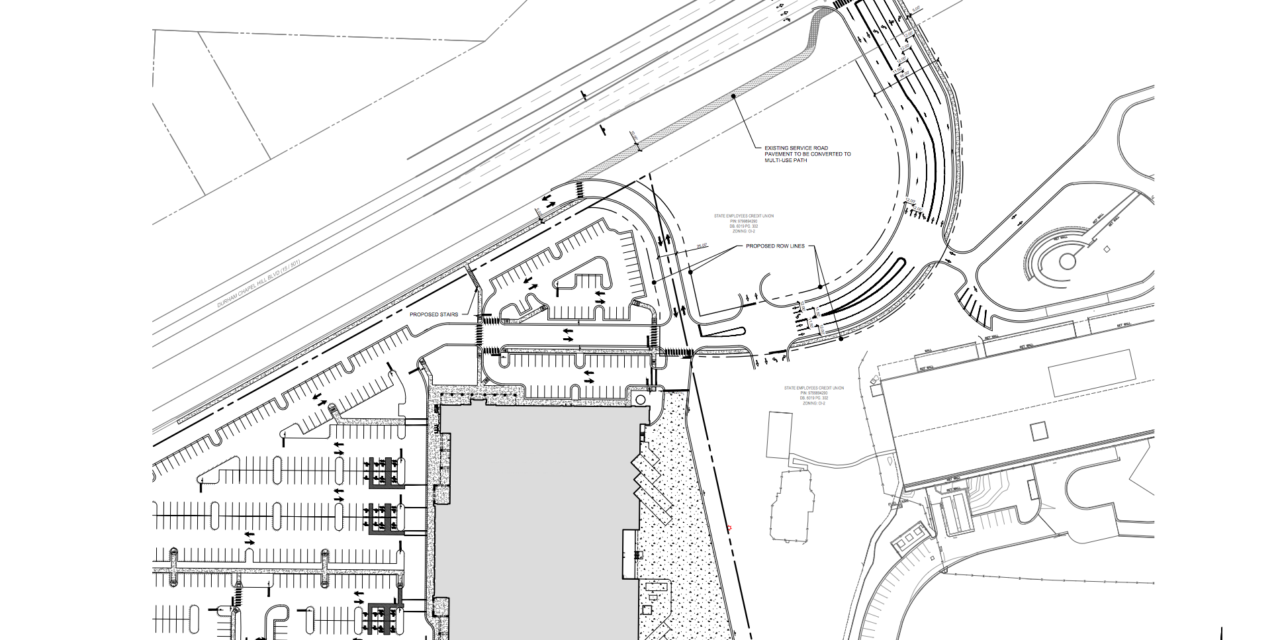 A concept plan was submitted last week for construction of a new roadway entering the Wegmans grocery store currently under construction in Chapel Hill. Crews have been working on the site on Fordham Boulevard for months, clearing the area of all signs of the former Performance Auto Mall location.

The new proposal calls for the construction of a roadway expanding the entrance to the State Employees Credit Union building adjacent to the Wegmans lot.

The roadway would intersect with the traffic loop in front of the SECU building and then proceed through an entrance from behind Wegmans, according to the proposal.

The developer said that plans will “enhance and improve traffic circulation between these properties as well as improve circulation within the project area” and that the roadway will “meet or exceed” the town’s current design guidelines laid forth in the Land Use Management Ordinance.

The application said the developer worked with town staff and the North Carolina Department of Transportation in developing the proposal. Roadways surrounding the project were “previously reviewed and analyzed” during that process as well.

Traffic around the project has been a concern for residents throughout the development as it abuts a residential area along with the intersection of multiple roadways on one end of the site. Several traffic calming measures have been proposed as well.

The proposal does require a modification given to the special use permit for the proposed roughlty 100,000 square-foot grocery store.

Plans are set to go before Chapel Hill’s Community Design Commission on August 27 and tentatively to the Town Council in November, according to the town’s website.