Now Beer This: Beers By The Pool 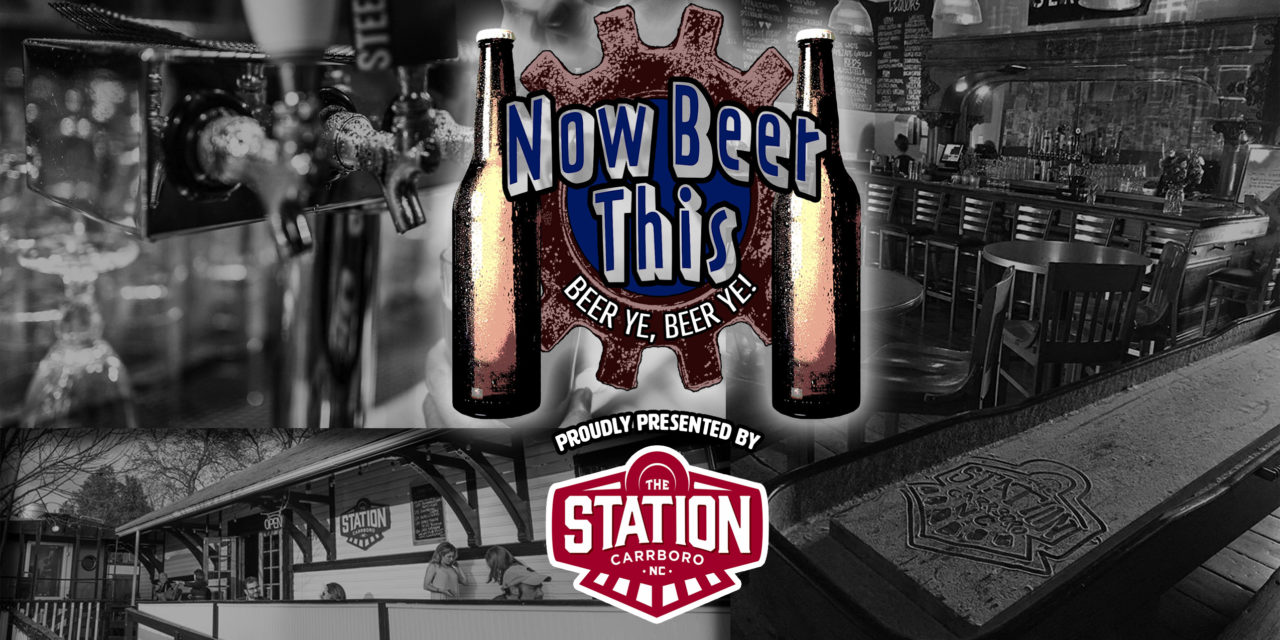 You might love the pool, like the pool or merely tolerate the pool for your kids’ sake. Either way, we can probably agree on one thing: beer by the pool only makes the experience better. The right pool beer can be a rousing brew that takes a summer party from a 9 to a 10, or a restorative draught that gives you that extra patience you need not to break junior’s super-soaker over your knee. In my mind, pool beer is mandatory for pool enjoyment. Of course, it has to come in a can, so you’d think that might limit your options, but there are plenty out there. So what are the beer nerds drinking at the pool this year? Here are a few recommendations: 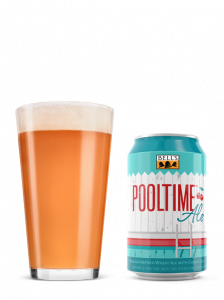 You can always count on Bell’s to produce a solid, enjoyable malt beverage. With the name “Pooltime,” I had to try it for this list. The first thing that hits you about this beer is the aroma of clove you get from the Belgian yeast used in this ale. The first sip takes you by surprise, “Is this a sour beer?” It’s not! But the addition of cherries gives it a refreshing tartness that even an anti-sour beer dude such as myself finds invigorating. Contrasting that cherry tartness is a ton of fruity flavor — think orange and grapefruit. This is essentially a low alcohol (5.2%) beer version of a mimosa. You’ll dig it.

Generally speaking, I am not a fan of the Gose style. But Hi-Wire’s Citra Gose beer deserves to be on the list, not just because other people might like it, but because I do too! In many ways, this is a perfect pool beer. It’s low in alcohol (4.2%), which is perfect because you ‘bout to drink 17 of ‘em. The star of this beer (and in my opinion what takes it from a Gose to a Gone-a) is the Citra hops — maybe my favorite hop variety — and is a focus of my own IPA recipe. It’s characterized by bracing bitterness with even more enjoyable hop flavor and a bewitching citrus aroma (think Tang but with positive thoughts). The Gose-ness serves as a counterpoint to those amazing hops by giving you a dash of tartness and a pinch of saltiness. Tons of flavor, infinitely quaffable, and you get extra points for bringing Gose. You can’t lose with this beer at the pool. 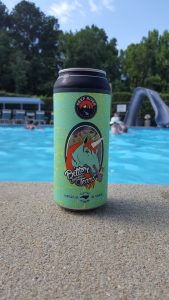 This is the ultimate pool beer for the beer nerd. Contrary to popular belief, we CAN like lagers. In fact there’s a lot about that style that makes for a perfect pool beer. This one does all the right things, and then some. Technically Deep River’s “Bitter Unicorn Tears” is an Indian Pale Lager, which means it’s extra hoppy, so you get the best of both worlds. The cool fermentation of the lager yeast sits in the background and doesn’t complicate the flavor, so you get to focus on the two stars of this beer — the malt and the hops. Cracker-like malt is a backdrop for the exquisite hops. A flowery, herbal aroma tantalizes your nose before you sip, and then you get a bubbly, refreshing drink of Pils malt perfectly wrapped in noble hop character. It’s on the high end of ABV for pool beers (7.2%) but is that really a problem? This is a seasonal, and frankly they don’t make enough of it, so get out there and get it now!