UNC Women’s Basketball Blows By UNC Asheville, Up to 9-0 This Season 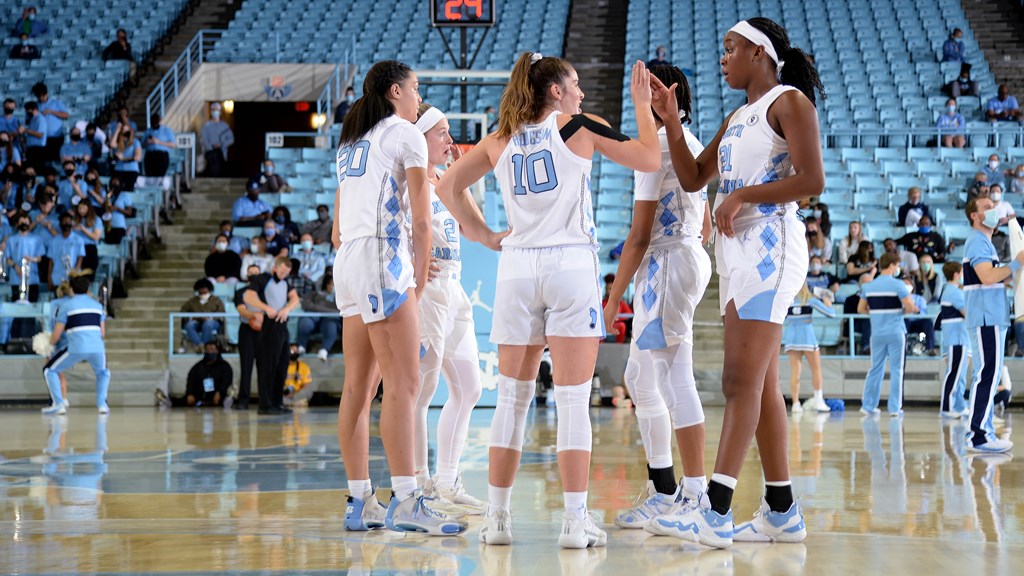 Even in a season full of winning, the UNC women’s basketball team still found a way to do something new Sunday afternoon. The Tar Heels earned their ninth consecutive victory to start the campaign, flattening UNC-Asheville in Carmichael Arena by a 107-46 score. It’s the first time Carolina has scored over 100 points since 2018.

All five UNC starters scored in double figures, with sophomore forward Alyssa Ustby and sophomore guard Deja Kelly leading the charge with 19 points each. Sunday marked the ninth time in nine games to begin the season Kelly has scored at least 10 points. She is now averaging a team-leading 16.7 points per game.

Ustby added 14 rebounds with her 19 points to notch her fifth double-double of the season. Ustby also scorched the nets for 9-11 shooting on the afternoon, bringing her season field goal percentage to 53.9.

Hot shooting was the name of the game throughout the afternoon for the Tar Heels, as the team shook off an 11-24 start in the first quarter to shoot 32-49 the rest of the way, finishing at 58.9 percent. Meanwhile, the Carolina defense held the visitors to just 34.6 percent from the field. The 46 points allowed ensures UNC’s scoring defense will remain the nation’s top 10. Carolina has given up just 48.3 points per game this season. Sunday’s 61-point margin of victory was also Carolina’s largest of the year.

Carolina’s offense was particularly deadly from beyond the three-point line. The Tar Heels shot 11-20 from downtown against the Bulldogs, with graduate transfer Carlie Littlefield knocking down four of her five tries. She poured in a season-high 17 points. Carolina’s three-point shooting percentage now sits at 41.0, which also ranks in the nation’s top 10.

With the Tar Heels already ranking No. 2 in the NCAA’s NET system and No. 24 in the latest Coaches Poll, Sunday’s win will likely earn a few more points in the next iteration of each. Banghart’s team will have a chance to improve upon their 9-0 start Wednesday evening when Jacksonville visits Carmichael Arena. After that, ACC play begins with a road trip to Boston College on Sunday.