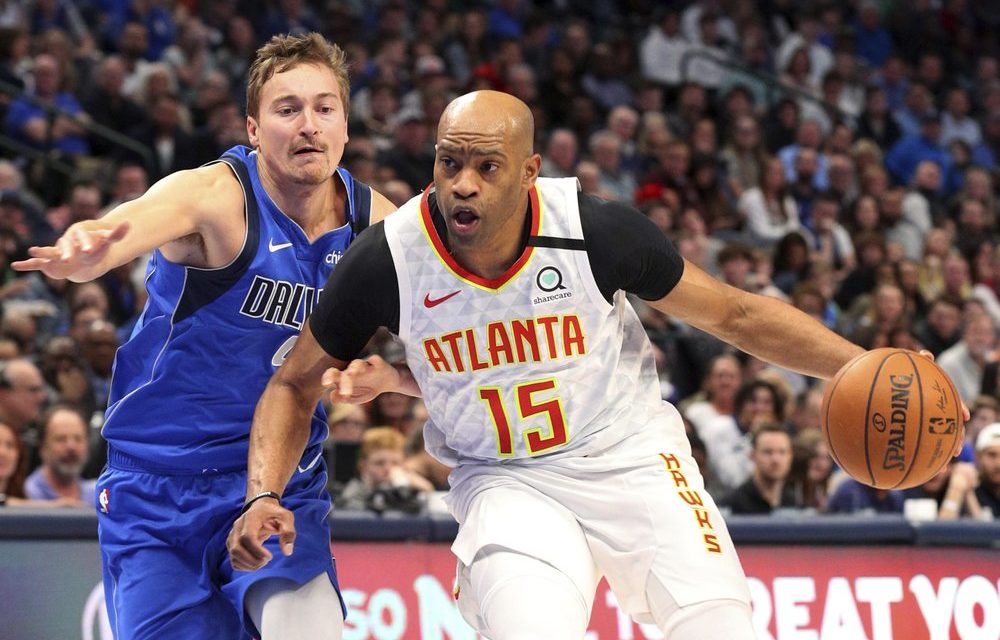 Former UNC star Vince Carter announced his retirement from the NBA this week on his podcast after a historic 22-year career in the league.

Carter, who played for Dean Smith at Carolina, was drafted by the Toronto Raptors in 1998 and saw time with seven other teams in his career. He was the 1999 NBA Rookie of the Year, an eight-time NBA All-Star and was named to the All-NBA Second Team in 2001.

But Carter’s lasting legacy on the game of basketball was his dunking ability. He won the 2000 Slam Dunk Contest and routinely amazed the national audience with monster dunks in games.

The official Carolina basketball Twitter account recognized Carter’s legacy, mentioning that Carter was the only player in NBA history to play in four different decades.

To commemorate the moment, the NBA shared a video of Carter ranking his Top-10 dunks in the league.

As several people pointed out, Carter’s career gave him the opportunity to play against some of the best in the game. He faced off against legends like Michael Jordan, Charles Barkley and Patrick Ewing, but also up-and-coming stars like Ja Morant, Luka Doncic and Jayson Tatum.

He fed Hakeem Olajuwon the ball in the post, and Trae Young the ball on the perimeter

Various NBA teams — including some who he didn’t play for — took to social media to praise Carter’s legacy on the game.

Thank you for inspiring a nation to believe.

Thank you for laying the foundation of basketball in Canada.

Thank you for letting us fly with you.

Thank you for a lifetime of memories.

Thank you for all you've done for our game. pic.twitter.com/hvztucv3F5

Thank You VC for everything !! 🙇🏽‍♂️💯 @mrvincecarter15 pic.twitter.com/2CSTbXY8Hq

Congrats to one of my all-time favorite teammates @mrvincecarter15 on an incredible career. See you in @HoopHall! pic.twitter.com/lmzyxQWiWj

Carter’s retirement marked the last active NBA player to be coached by Smith in Chapel Hill.

Vince Carter was the last active NBA player to be coached by Dean Smith. From Larry Brown to James Worthy to Michael Jordan and Jerry Stackhouse, the late UNC coach had an impressive run.