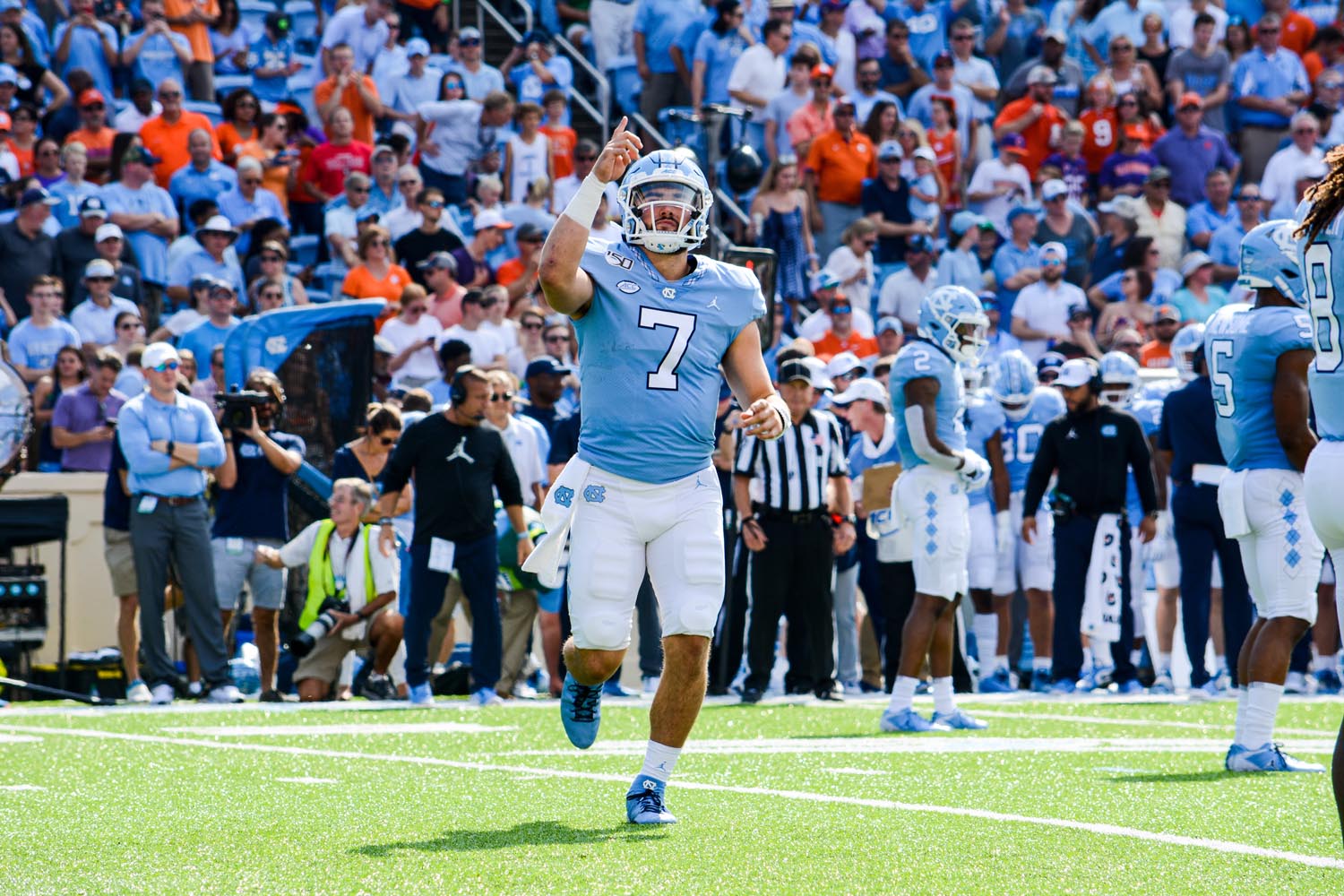 North Carolina quarterback Sam Howell (7) points to the sky before facing off against Clemson at Kenan Stadium on Saturday, September 28. (Dakota Moyer/Chapelboro.com)

Postseason accolades continue to roll in for UNC freshman quarterback Sam Howell, after he posted one of the best seasons by any quarterback in ACC history this past season while leading the Tar Heels to a 7-6 record and a win over Temple in the Military Bowl.

Howell was selected Sunday as one of three finalists for the 2019 FWAA Shaun Alexander Freshman Player of the Year Award.

In his first season as a college player, Howell led the ACC with 3,641 passing yards, 38 touchdowns, and just seven interceptions. His 38 touchdowns were the most ever by a true freshman at the FBS level, and ranks third all-time in ACC history by players of any age.

The other players selected as finalists for this award are LSU defensive back Derek Stingley Jr. and Memphis running back Kenneth Gainwell.