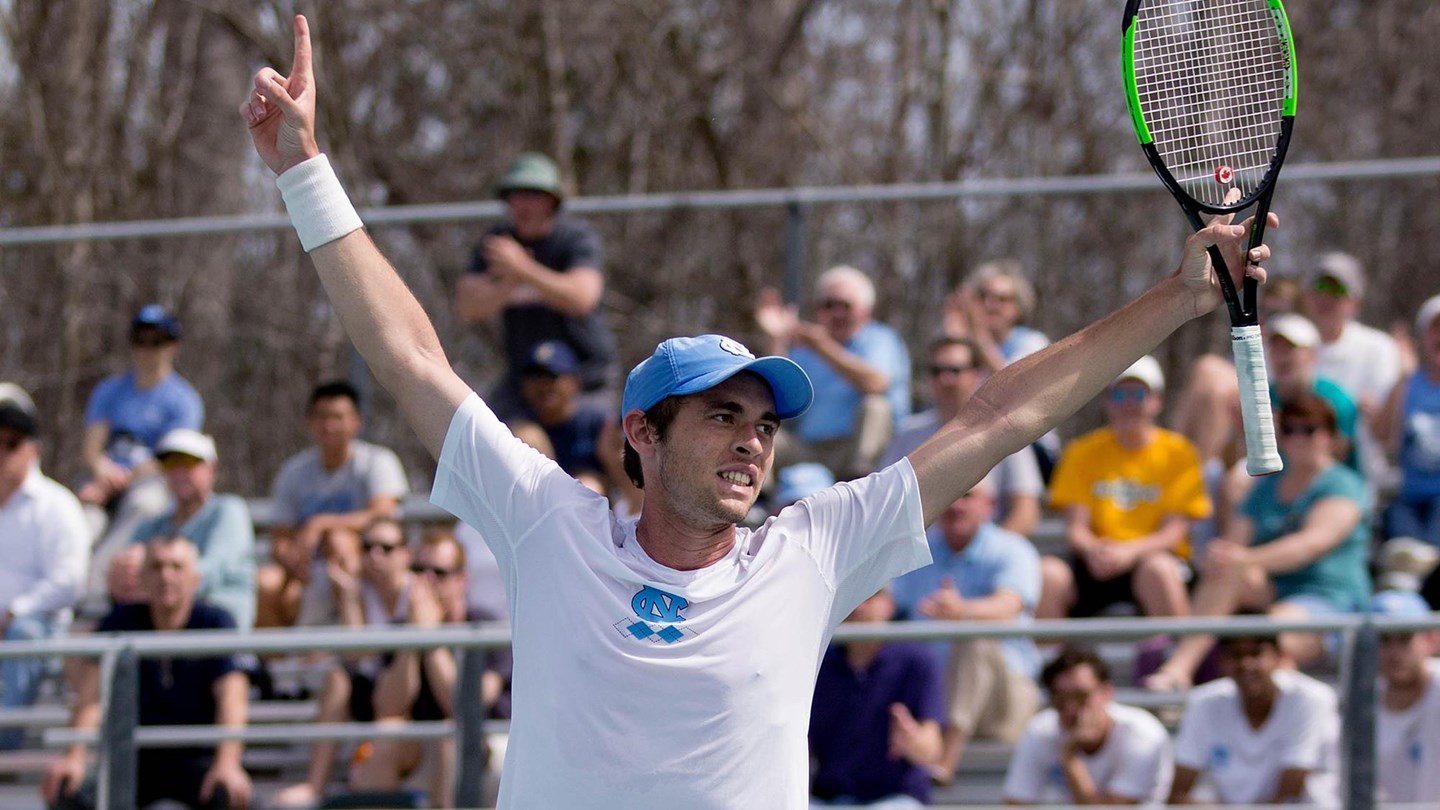 Despite dropping the doubles point to fall behind 1-0 early in the match on Sunday in Coral Gables, the 11th-ranked UNC men’s tennis team recovered by winning four straight singles matches to take a 4-1 victory over the No. 23 Miami Hurricanes.

As a result, the Tar Heels improve their record to 12-3 this season with a 4-1 record against ACC opponents. Miami, meanwhile, drops to 15-5 overall and suffered its first conference loss to fall to 6-1 inside the league.

A road showdown at No. 2 Wake Forest awaits the Tar Heels in their next match on Wednesday at 4 p.m. In the previous meeting between the two teams this season, the Demon Deacons came out with a 4-2 victory.