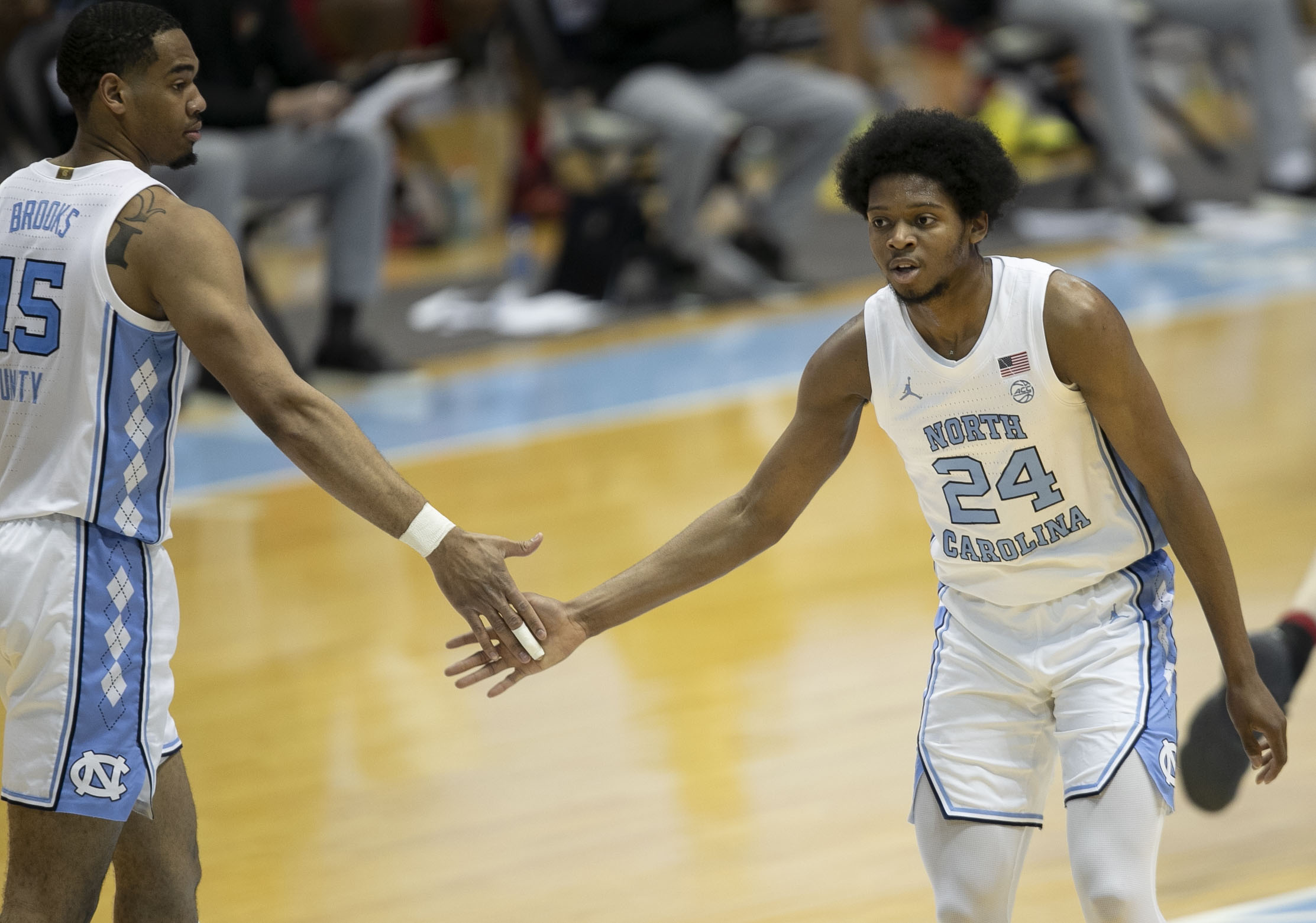 North Carolina’s Garrison Brooks (15) congratulates teammate Kerwin Walton (24) after he scored his 19th point in the second half against Louisville on Saturday, February 20, 2021 at the Smith Center in Chapel Hill, N.C.

UNC guard Kerwin Walton was selected Monday as the ACC Men’s Basketball Freshman of the Week, the first conference weekly honor of his career.

In those two contests, Walton also averaged three assists per game while connecting on eight of his 14 attempts from three-point range. His perimeter shooting has helped add much-needed spacing to a Tar Heel offense focused on getting the ball inside.

The Tar Heels are currently 14-7 overall this season with an 8-5 mark in ACC play. They are scheduled to return to action at home on Wednesday with a non-conference game against Marquette.