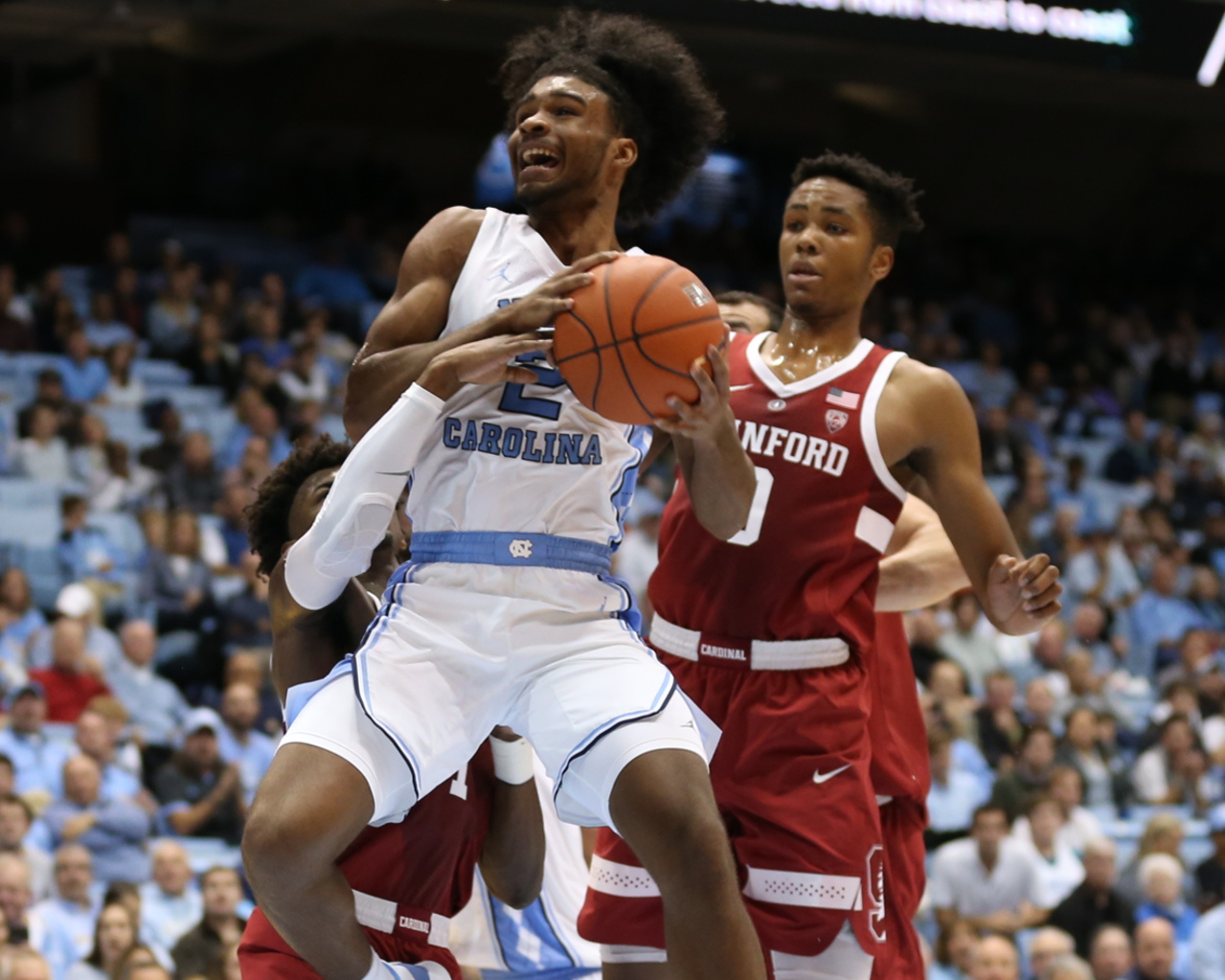 The ACC announced Monday that UNC point guard Coby White has been named its Freshman of the Week after posting a pair of breakout performances in Las Vegas.

After scoring 16 points in a win at home over Saint Francis (PA) last Monday, White took his game to a new level out west.

Although UNC lost to Texas on Thanksgiving, White made seven of his 10 three-point attempts on his way to a career-high 33 points–the most by a Tar Heel freshman since Harrison Barnes had 40 back in 2011.

White then had a team-high 19 points and a career-high eight assists in UNC’s win over then-No. 17 UCLA last Friday in the Las Vegas Invitational’s consolation game.

This is also his first career ACC Freshman of the Week honor, but it’s likely not his last.

Virginia’s De’Andre Hunter was named ACC Player of the Week.