Crystal Dunn Recognized as June’s NWSL Player of the Month 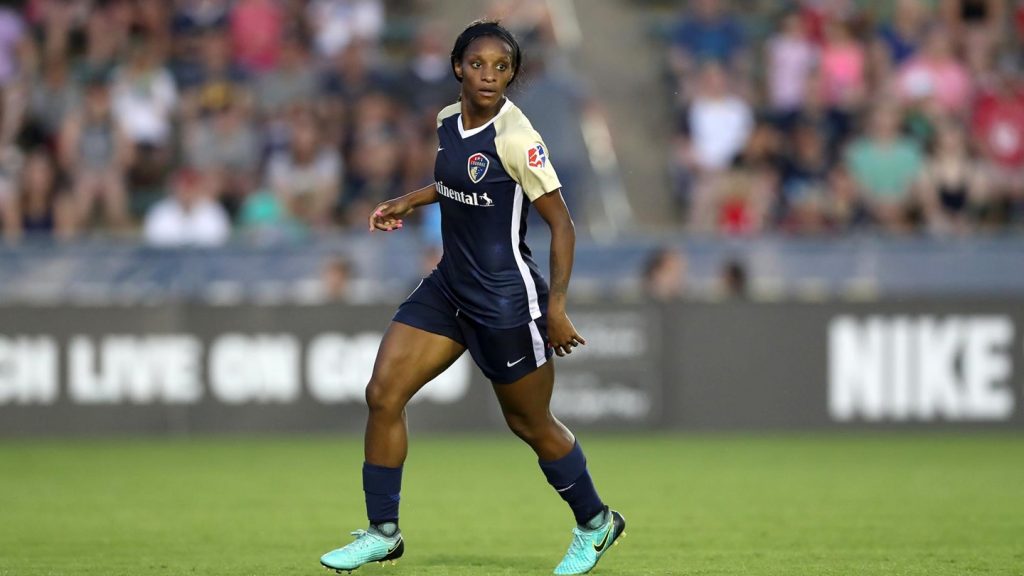 Former UNC star forward Crystal Dunn earned the National Women’s Soccer League Player of the Month honors for June, with the results officially being revealed by the league’s media association on Monday.

Dunn scored two goals and created eight scoring chances for the North Carolina Courage this past month, as the league’s top team posted a 2-1-1 record in its four games during the month.

She was also recently named the NWSL Player of the Week for efforts in the Courage’s 4-1 win over the Seattle Reign on June 23.

This marks the second time in Dunn’s career she has been named Player of the Month, with the first time coming back in August of 2015.

So far this season, she ranks second in the NWSL with seven goals and has also dished out four assists. The Courage currently sit atop the league standings with Dunn guiding the way–leading second place Seattle by a whopping 13 points through 16 matches.

Another former Tar Heel from the Class of 2014, Kealia Ohai of the Houston Dash, joined Dunn on the NWSL Team of the Month for June.