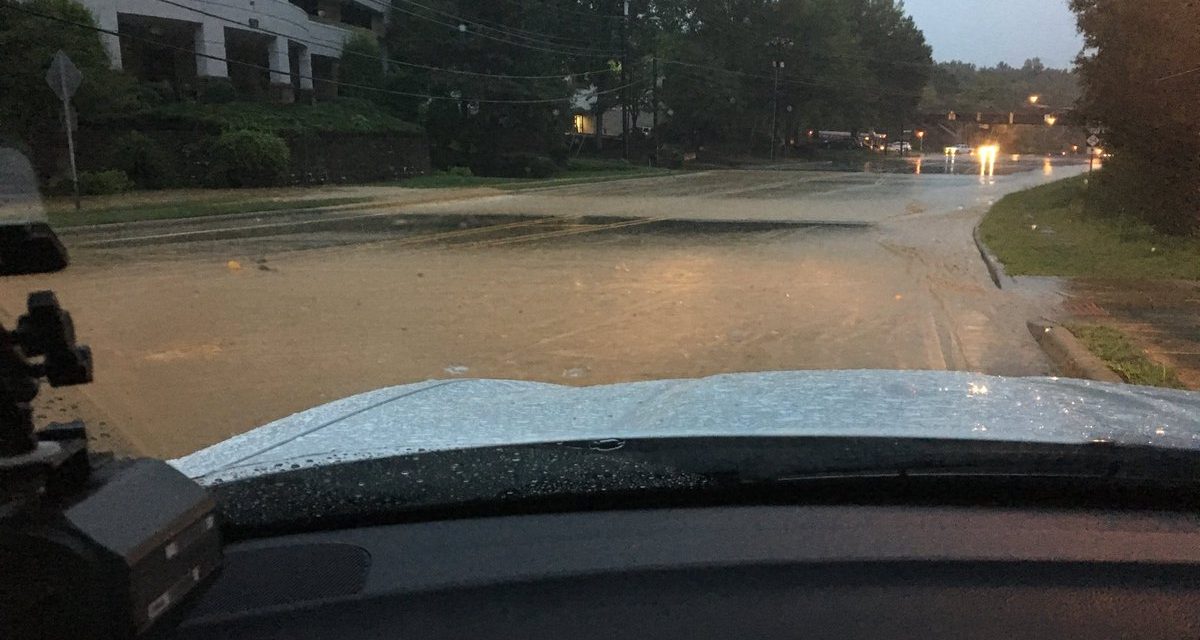 While Chapel Hill and the local area have avoided the majority of the rain from the hurricane, heavy rains began to pour in on Sunday night.

Chapel-Hill Carrboro City Schools and Chatham County Schools have already announced that Monday classes will be canceled. UNC-Chapel Hill sent out a release yesterday saying classes today would be canceled as well.

Chapel Hill transit has also suspended all services on Monday morning due to flooded roads.

Tweets began pouring in on Monday morning with residents and local officials reacting to the flooding on Orange County.

After initially closed due to high water, Carrboro Police are reporting that Pine Street is back open.

Pine St has been reopened. Please continue to drshare be with care. #CarrboroSafe

Jones Ferry Road between Old Fayetteville and Old Greensboro has been closed due to flooding.

The Town of Chapel Hill tweeted that several roads have been barricaded off due to high water.

This post will be updated with more information as it becomes available.