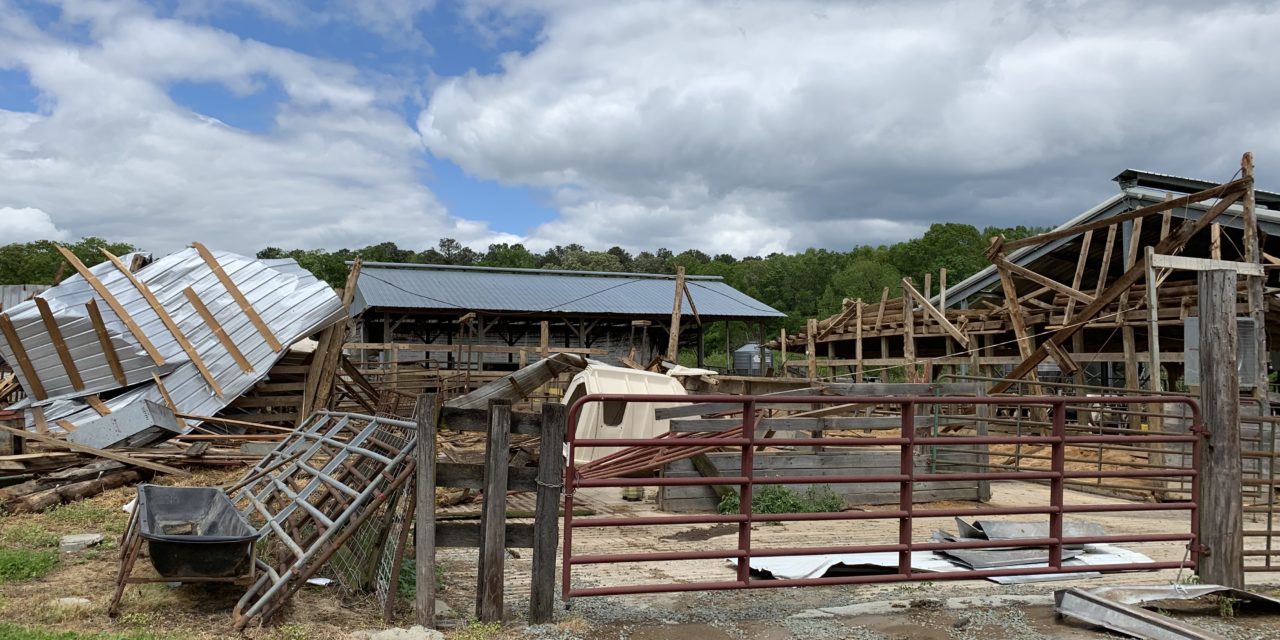 The tornado that ripped through Orange County Friday reached maximum winds of 115 miles per hour, enough to register as an EF-2 tornado.

The National Weather Service released statistics on the tornado on Monday morning.

The tornado was estimated at being 600 yards wide and was on the ground for roughly 12 miles. It initially touched down near White Cross before traveling northeast to Hillsborough.

The NWS estimates that winds were initially around 110 miles per hour when the tornado was in White Cross.

“Considerable tree damage occurred in this area,” Monday’s assessment reads, “including the snapping and splitting of healthy large-trunk trees.”

The report notes that vehicles and homes were damaged from the falling trees.

The tornado then tore a path toward Hillsborough, before dissipating just north of I-40 as wind speeds reached 115 miles per hour.

“The roof and several exterior walks of one home were completely destroyed,” according to the NWS information.

The tornado was estimated to be on the ground from 4 p.m. Friday until 4:15 p.m.

The EF-2 category, which the NWS says describes a “strong” tornado, ranges from 111 to 135 miles per hour.

Governor Roy Cooper visited Orange County over the weekend, surveying damage from the tornado. There were no major injuries reported.

The NWS has not established an official number of tornadoes in North Carolina associated with Friday’s storm, but officials are surveying at least eight reports. The official surveying of damage from the storm will take several more days.