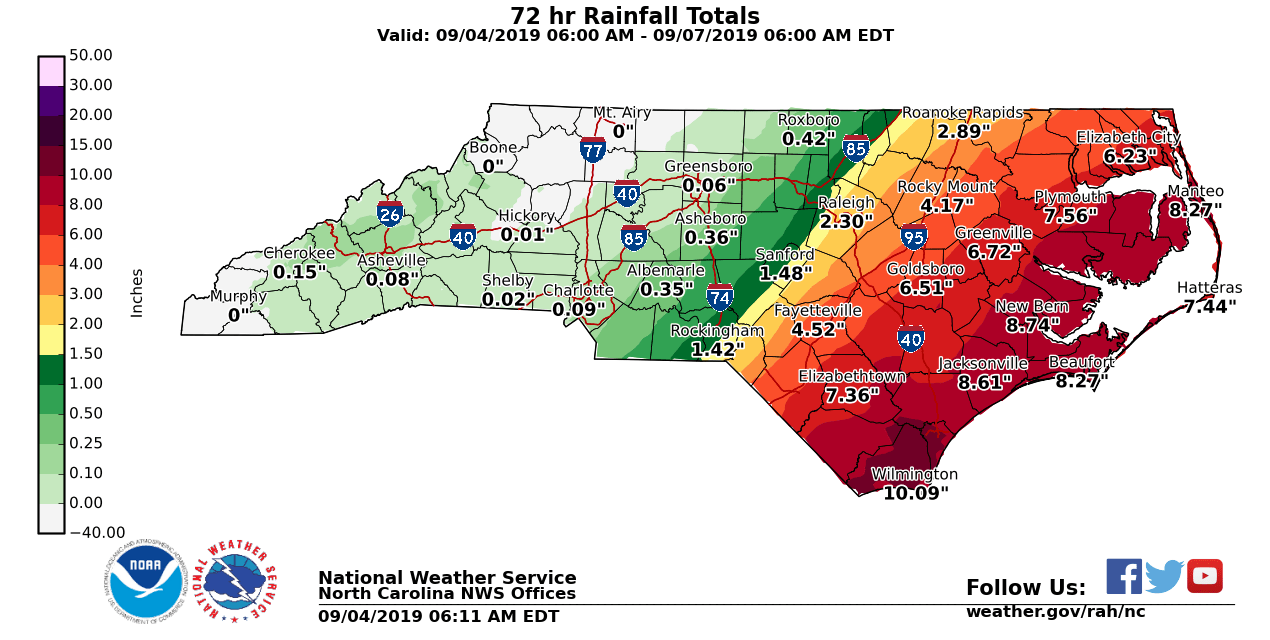 Hurricane season is here and the first major storm of 2019 is approaching in Hurricane Dorian. Officials in Chapel Hill are preparing for torrential rainstorms and the ensuing flooding that is likely to follow from storms throughout the fall, which might have more of an impact locally than Dorian.

Last year, Hurricane Florence dropped more than 8 inches of rain in our area over the course of five days in September.

Flooding in Chapel Hill from Florence closed local schools and sections of major roadways like MLK Boulevard, Fordham Boulevard and portions of Estes Drive. Statewide, damages were estimated to cost more than $20 billion.

Chapel Hill Mayor Pam Hemminger says the town has been working in preparation of hurricane season, cleaning out storm drains and improving communication between agencies.

“When you are running a business, the last thing you want to worry about is flooding your store. Because it’s a lot of damage to get repaired, and you have to get people in to do that. You’re shut down, so you are not earning income and doing the repairs. We don’t want people to have to do that, but we are here to help if that happens.”

Before every big rain event, the Drainage Crew checks for debris in creeks across Town. To help prepare for Hurricane Dorian, the crew removed this blockage in Bolin Creek last week. Today, they will be checking Morgan Creek. #ChapelHill pic.twitter.com/oLqKrRNtOK

The town has been paying particular attention to the Eastgate Shopping Center, which saw severe flooding last year.

A stormwater retention system to help handle rainfall in that shopping center is in its final stages, Hemminger said. She hopes that project is completed soon before we start to see what is in store for this year.