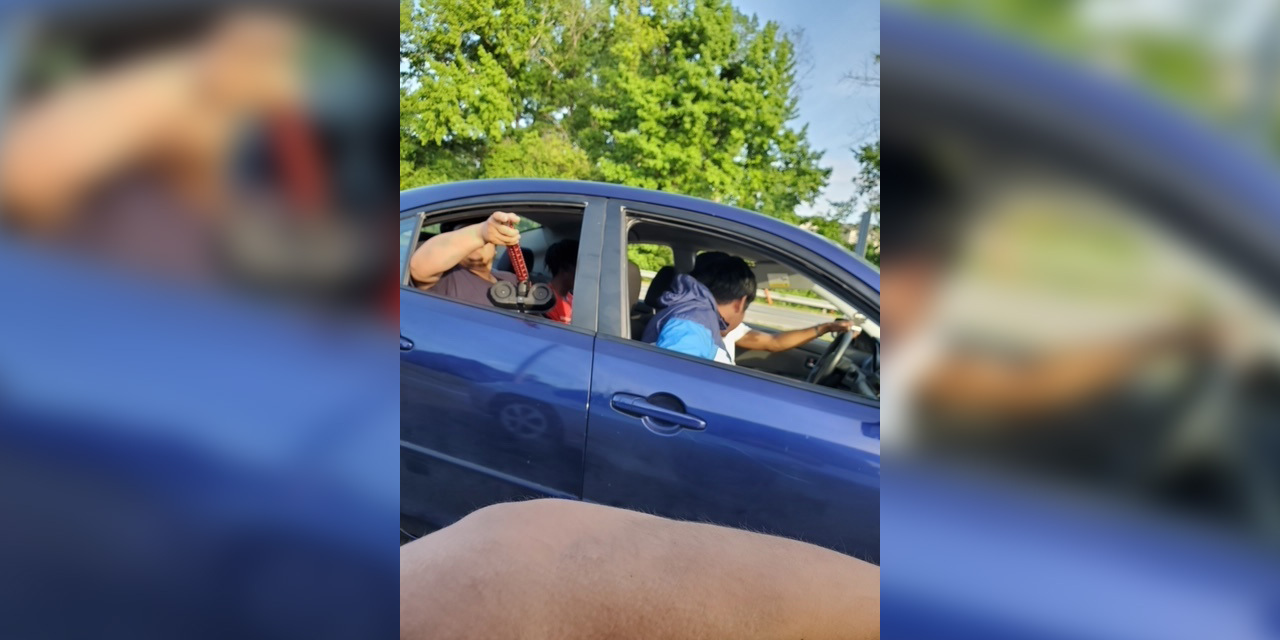 A release from the Town of Chapel Hill said officers responded to gunshots near Fordham Boulevard, also known as U.S. Highway 15-501, and Sage Road around 7 p.m. Once on the scene, police found a victim “suffering from injuries to his lower legs.”

According to the release, the victim reports he and occupants of a blue four-door Mazda sedan were yelling back and forth about being cut off on the road. The police department said a passenger in the blue Mazda fired a gun at the victim, reportedly striking his vehicle and injuring his legs.

In a photograph provided in the Town of Chapel Hill’s release, at least four people are seen in a blue vehicle. The suspects reportedly then left the area heading south on Fordham Boulevard. 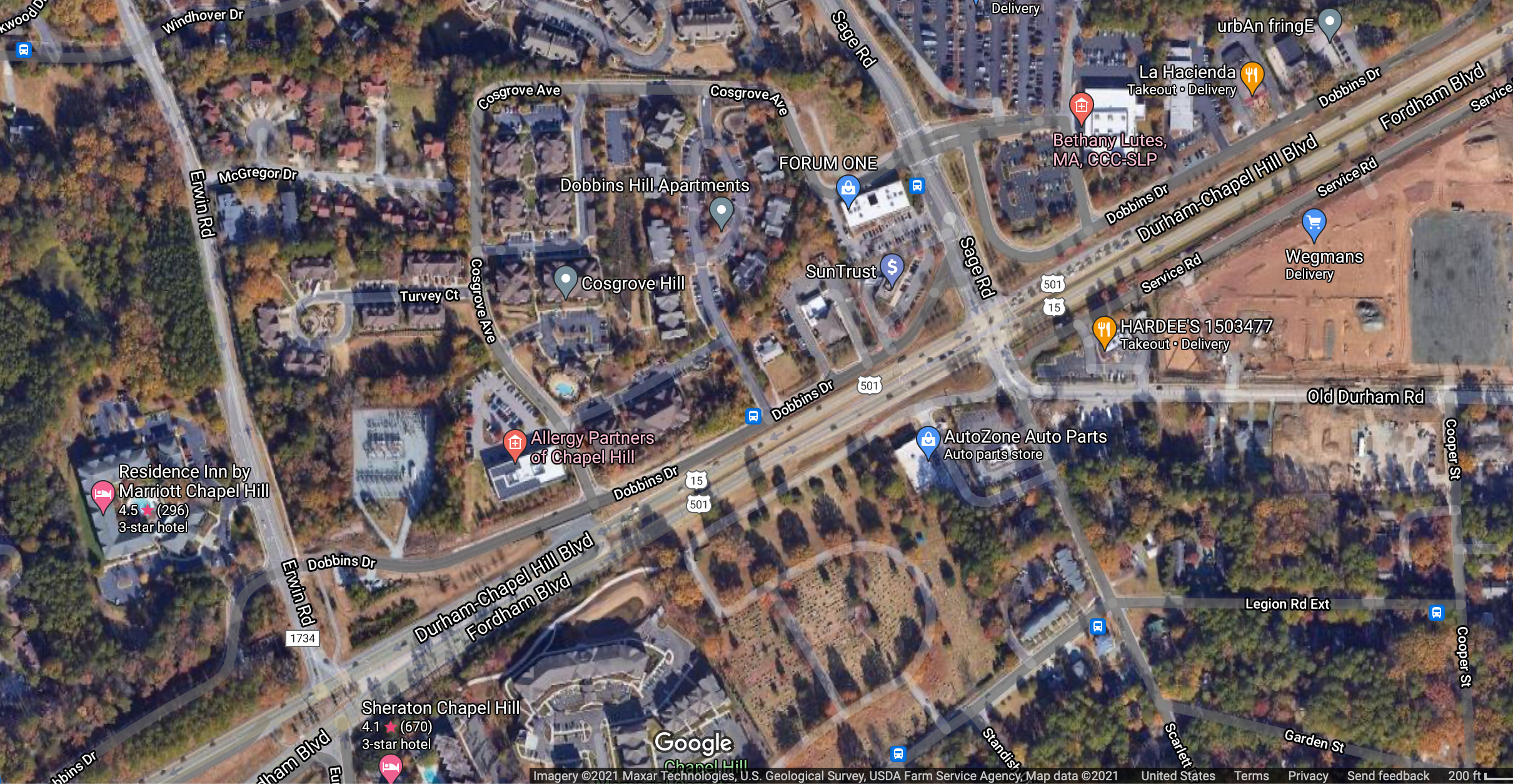 The intersection of Fordham Boulevard (U.S. Highway 15-501) and Sage Road in Chapel Hill. According to Chapel Hill Police, suspects in a blue vehicle shot at a vehicle before driving south on Fordham Boulevard. (Photo via Google Maps and Maxar Technologies.)

The town government said the victim of the shooting was transported to UNC Hospitals on Monday night. The injuries sustained in the incident are deemed to be non-life-threatening, according to the release.

As of Monday, the Chapel Hill Police Department is searching for anyone who may have information about the shooting or who was in the area of Fordham Boulevard and Sage Road. Information that leads to an arrest in the case could be eligible for a cash reward up to $2,000. The police encourage anyone with details to either call 911, call the anonymous Crime Stoppers line at 919-942-7515 or leave tips at the Chapel Hill Crime Stoppers website.