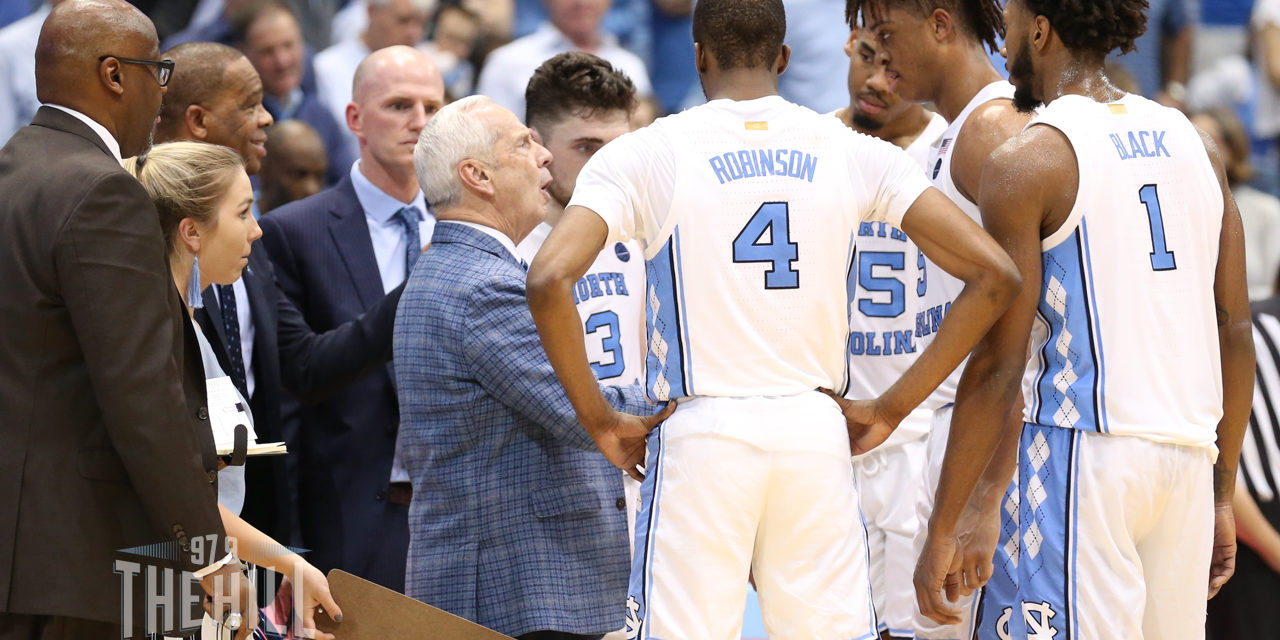 Is this a good year or bad year for Carolina to have a down year?

That’s a pretty good question. It is clear by now that the Tar Heels are on their way to finishing closer to last in the ACC than first. They are 1-5, 8-9 overall, with no game left on the schedule that looks like a sure win — and that is rare at UNC.

The ACC is more balanced than loaded with three teams, Florida State, Louisville and Duke, hanging in the top ten by playing slightly better than the rest of the league, which does not have another ranked member.

No. 6 FSU lost its opener by two points at Pitt, sixth-ranked Louisville lost to FSU, badly, at home, and No. 8 Duke went down at Clemson before losing to Louisville at Cameron Saturday night.  Those are two of three defeats to second-division teams, which does not bode well for the ACC’s overall RPI or overall strength.

With nine teams so bunched in the middle having five, four or three ACC wins, that leaves Carolina battling it out with Notre Dame, Miami and Wake Forest to avoid last place. Right now, unless the Heels can learn how to defend better, not turn the ball over so much and shoot a much higher percentage, they could very well wind up 15th in the standings.

Barring the miracle return of Cole Anthony integrating himself into the lineup far more than he did before getting hurt, Roy Williams may be looking at the worst conference record he has had at either Kansas or UNC. That path would have us looking at next season before this one is over.

That’s not all bad. First of all, a good recruiting class of 5-stars and 4-stars is coming this summer, all of whom have the chops to win four starting positions that will opening up for competition. That would return us to our usual gifted status.

Along with veteran mainstay Garrison Brooks, and the off-season determination of Armando Bacot, Leaky Black, Andrew Platek, Jeremiah Francis and perhaps Anthony Harris to improve could give Ol’ Roy that base foundation of most prior teams.

It’s not giving up on this season, as much as taking advantage of the minutes and games left to get better for next.