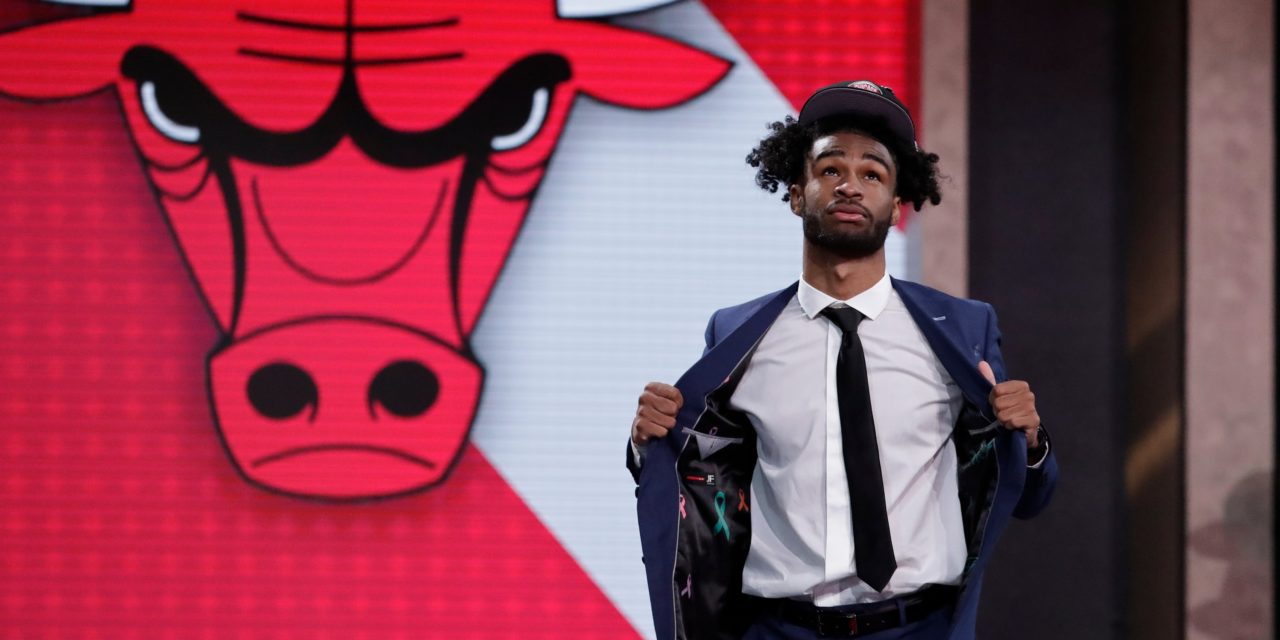 Coby White became a recruiter for Roy Williams after his biggest pro game.

Was is it a coincidence that the Chicago Bulls rookie authored his official entrance into the NBA on a night his college coach was there to see it?

Roy Williams, Assistant Coach Steve Robinson and Director of Player Development Eric Hoots were in Chicago Tuesday to watch Coby White light up the United Center with seven 3-pointers in the 4th quarter of the Bulls’ 120-102 victory over the New York Knicks.

White, the Tar Heels’ star freshman point guard a year ago, broke a scoring slump to begin his pro career with a season-high of 27 points that helped his team pull away for its fourth win of the young season. Williams and Hoots sat courtside as the Bulls and Knicks were tied after three quarters.

Then White buried two deep treys and obviously felt it as he hit five more from beyond the longer NBA arc to demonstrate he can be a lethal scoring weapon in the NBA as he was for the Tar Heels a year ago when he exploded onto the scene with 33 points against Texas in a November game.

Afterward, when he was interviewed on the court by a local TV reporter, White acknowledged that he knew Williams was there, as they had talked briefly before the game. What did Ol’ Roy say, he was asked?

“He just told me to go out there and be Coby.”

“It’s a blessing that he came out here for a regular-season game,” White continued. “That just shows you how big the Carolina family is. Any recruit that’s missing that is missing out.”

After watching the interview on the big screen, Williams and Hoots strode onto the floor with big smiles on their faces. Roy gave Coby a congratulatory bow and they hugged briefly, as you could hear them exchanged “I love you.”

The impromptu recruiting pitch came the day before UNC announced that five stellar high school seniors had signed their letters of intent to join the program next fall. Carolina probably doesn’t need it from the high school class of 2020, although one or two uncommitted stars are still out there.

“They all have the complete game and will be the kind of kids that our Tar Heel supporters will fall in love with,” Williams said Wednesday.

Who knows, Williams may have scheduled a trip to Chicago to scout a high school junior, but if so the plan probably included catching Coby’s game and giving him a pep talk. If that was the plan, it sure worked.