Now Beer This: What Did Ancient Brews Taste Like?

Now, that’s the simple and inaccurate answer you would expect from someone who is not a beer nerd. None of that nonsense here. Let’s learn!

The answer is, as many lawyers will often say, “It depends.” We can’t say with certainty when brewing started, but the earliest evidence we have of brewing is from about 11,000 years ago. The theory (and it is just that) is that some stored barley got wet, began to ferment from a naturally occurring yeast, and some brave soul gave it a try. That was very likely the first beer. And while its effects might have felt magical, its taste wouldn’t have been too magical. Think watered-down caro syrup with a smidge of alcohol in it. Not terribly impressive — and it probably went sour pretty fast.

The sugar in the barley is the thing; some of it is fermentable, so the yeast turns it to alcohol, and some of it isn’t fermentable — so you taste sweetness. Human beings are natural experimenters, so you can imagine they’d throw this and that in it to see what would happen. Some herbs tossed in might be a bit bitter, which would be welcome to counter that sweetness. Some of those herbs might also a) counter the souring that would happen from naturally occurring yeasts and bacteria, and b) counter the flavors produced by the yeasts and bacteria that survived said herbs. You name it, it’s been put in beer.

The Roman Emperor Julian the Apostate (one of my faves, btw) wrote that beer “smells of goat” so we can imagine that the Gallic or German beer he tried probably had naturally occurring Brettanomyces yeast, which would impart what we now refer to as “barnyard” odors. In this era, shortly after the turn from BC to AD (or CE, as you will), we see that brewers are still experimenting a ton. Sweetgale, bog myrtle, heather, yarrow ivy, whatever… it’s all been tried. This concentration of herbs would have made a more tea-like flavor, but you’d still get a lot of malty sweetness and some alcohol. So we can imagine that beer was a very, very weird drink indeed — wherever you encountered it.

And it would have been sour. Yep. As much as this guy who does not like sour beers hates to admit it, for most of beer history, beer would have been sour. Bacteria – most often lactobacillus and pediococcus – would get in there and eat away at those yummy sugars that the yeast couldn’t handle. Instead of providing magical alcohol like our yeast friends, they would make acids that would curl your tongue. There wasn’t a lot of help against these bacteria during most of history. The weird herbs might have helped some, but not for long. So if you didn’t drink beer as soon as it was made, you were probably drinking sour beer. 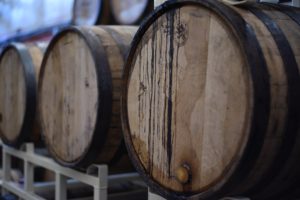 Somewhere around the 1300s -1400s, some genius in the Netherlands came up with the idea of using hops in beer, and the world changed. This beer seemed to remain unsoured longer and the bitterness of hops was a perfect counterpart to the sweetness of the malt. It took a bit — English brewers were resistant to the use of the “wicked and pernicious weed,” and there was rioting about this even into the 1500s! – but eventually, they came around. This helped the shelf-life of beer a great deal, but wasn’t perfect. Even hops can’t hold off those bacteria forever.

Still, sour beer was the norm, not the exception, even into the 19th century. Back then, fresh beer was called “mild,” and brewers would often mix their mild with their “stale” beer to help calm this sourness down. Fun fact: Guinness, to this day, mixes a smidge of stale beer into their new beer to create the final product you know and love!

By a weird twist of fate, Germany was about to take over brewing for centuries. They were brewing and storing their beer in caves where the temperatures were a steady 50ish degrees. German brewers found that this kept their beer nice and clean-tasting for longer.

Eventually, this crisp, clean, non-sour beer known as lager took over the world. It wasn’t until refrigeration became widely available that sour beer became a thing of the past (except in the cases of poor sanitation which are still sadly abundant, speaking as a man with a distinct distaste for sours). However, the seeds of lager’s downfall were sown when a brewer that was producing beer for the East India Company realized that if he hopped his beer really highly, it tended to better survive the long cruise to India. The India Pale Ale was born and in a couple of centuries, it would rise to dominance. At least with me, anyway.

There you have it. From sour alco-gruel to the dope IPA I’m looking forward to drinking tonight, beer flavor has made a long and winding journey. Enjoy something beer-like tonight. Cheers! 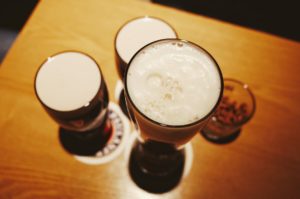 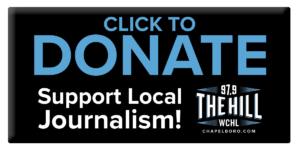