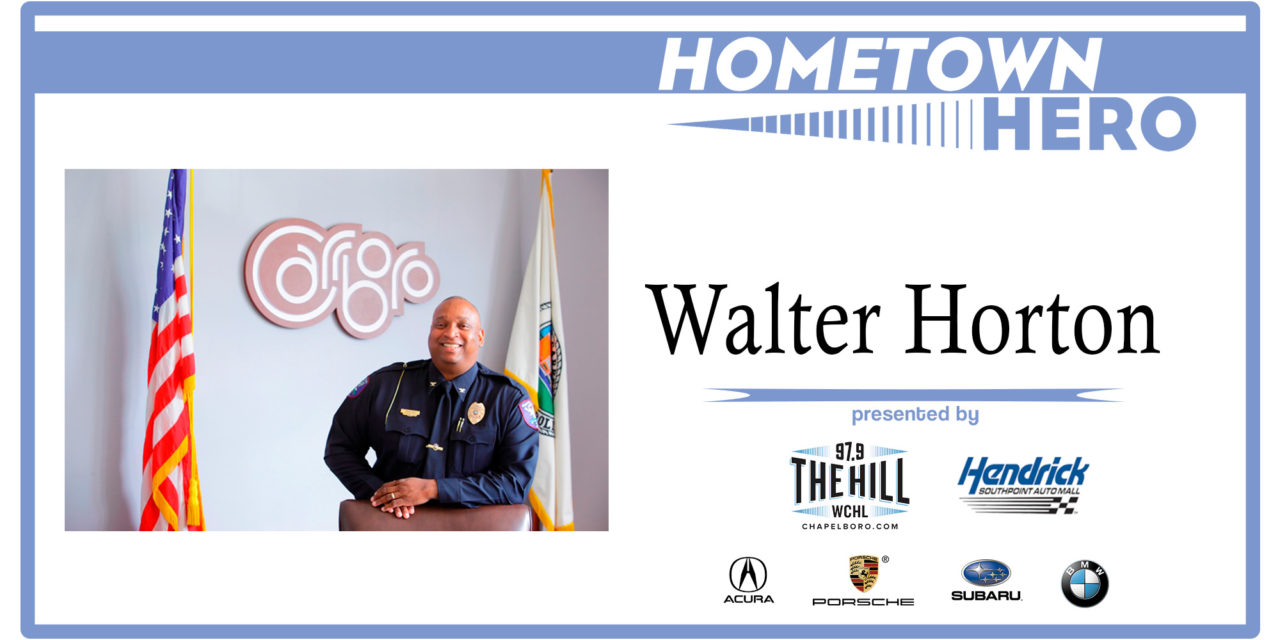 A native of Carrboro, Horton joined the department in 1993 as a member of the patrol division.

“My greatest accomplishment has been being true to this department and this community,” Horton said. “I’m thankful to all the officers and the staff of the department, as well as all my Town of Carrboro colleagues. I would not have been successful without them.”

Horton grew up on Prince Street south of Jones Ferry Road in the Lincoln Park neighborhood. He spent his years of primary education in Chapel Hill-Carrboro City Schools and graduated from Mount Olive College with a bachelor’s degree in criminal justice.

In 2001, Horton received the Advanced Law Enforcement Certificate, which is given by the North Carolina Criminal Justice Education and Training Standards Commission. The commission is designed to reward and recognize officers who continually strive to better themselves professionally.

Carrboro Police Chief Walter Horton has announced that he plans to retire after 27 years. Town Manager David Andrews thanked him for his leadership, integrity and “unique understanding of our community which has served us well for many years.”
👉🏽 https://t.co/sfWYK393CN pic.twitter.com/a6bPgAqfj5

“It’s really kind of bittersweet because Chief Horton became the chief right around the time that I became mayor,” said Carrboro Mayor Lydia Lavelle. “I found him really awesome to work with.”

Lavelle said what makes Horton a Hometown Hero is the quiet work he does behind the scenes.

“He’s never front and center. He’s never out in front of a microphone making a speech or holding a press conference. Rather, I think he’s one of those leaders that’s in the background and very responsive to the community.”