An introduction from Art Chansky:

Gwendolyn Harrison Smith was the first African-American woman to attend classes at the University of North Carolina. She enrolled in a Spanish class in the summer of 1952 as a graduate student after already earning a bachelor’s degree and master’s degree and was teaching at Johnson C. Smith in Charlotte.

After some confusion over her race, the 25-year-old Smith was denied entrance into the class. But she wrote to the chancellor and appealed to the Board of Trustees, threatening a lawsuit. The BOT finally allowed the courageous young woman admittance, and she attended summer school for the next two years, as well.

This piece was written by 1977 UNC graduate Bill Poteat for the Gaston Gazette. It features comments from Clay Grubb, whose company is in the middle of “phase one redevelopment” of Glen Lennox in Chapel Hill. The new corporate office building, scheduled to be completed in 2021, will be named “The Gwendolyn” for Smith. 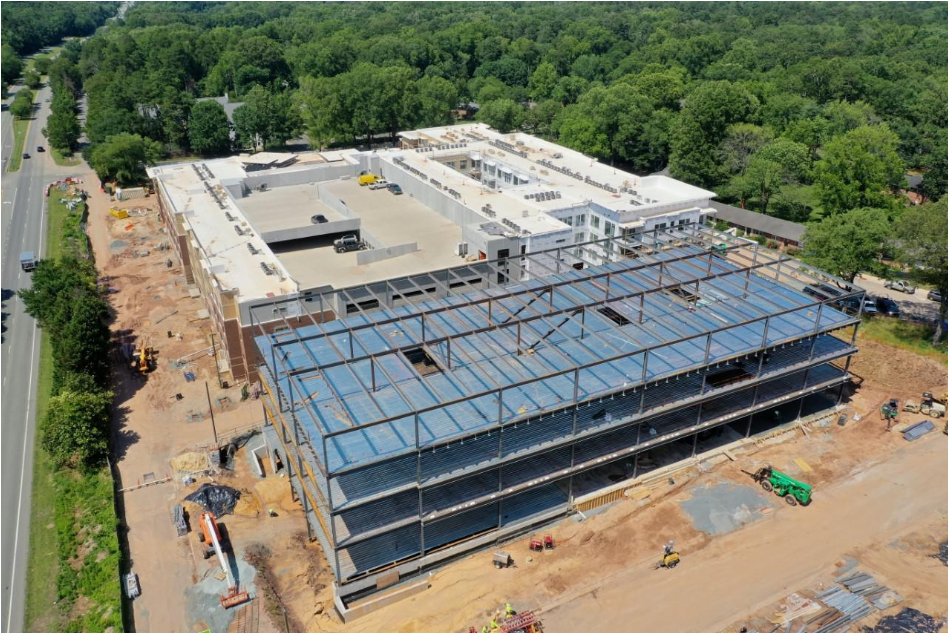 Column by Bill Poteat, of the Gaston Gazette

A new office building now being completed in Chapel Hill will be named in honor of Gwendolyn Harrison Smith, the first Black woman to attend classes at the university there.

Smith, who lived most of her adult life in Bessemer City, died in 2017 but the developers of the new office building want to make sure her memory and her legacy live on.

The Gwendolyn, according to Grubb Properties which is developing the site, will be a four-story, 106,00-square-foot office building and should be ready for occupancy in the first quarter of 2021.

The Gwendolyn is part of the overall redevelopment by Grubb Properties of the Glen Lennox community, located at the intersection of N.C. 54 and U.S. 15/501.

The development is located about a mile southeast of the main UNC campus.

The new building, developers say, will help address a critical shortage of commercial office space in Chapel Hill and feature a host of amenities such as a terrace cafe, indoor bike racks, and onsite property management.

Smith’s eldest daughter, Carla Smith Brown, makes her home in Gastonia and was surprised to learn of her mother being honored in this way.

“She would be shocked,” said Brown, who is pastor of Mccaskil Brice Tabernacle. “She would also be very honored. This is a surprise to me, because we knew nothing about it.”

Smith was just 25 years old when she arrived on the UNC Chapel Hill campus the morning on June 11, 1951.

She had already earned a bachelor’s degree in history from Spelman College in Atlanta and a master’s degree in Spanish from the University of California.

She was a professor at Johnson C. Smith in Charlotte at the time she applied to take a class at UNC Chapel Hill.

The application for summer school did not have a place to denote a person’s race at the time, although it was noted she had attended the historically Black Spelman College and taught at Johnson C. Smith, another historically Black college. 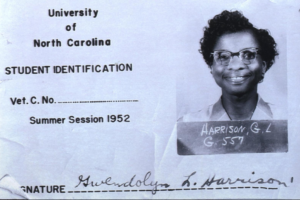 Smith did put her race down on the dormitory room reservation card, according to university records.

Everything seemed fine at first. Smith went to a dormitory after arriving on campus, paid a deposit, and was given a key to a room in the building.

She would say later that she believed that the university had made accommodations for her and she believed officials had known she was Black before seeing her.

She left the dormitory to attempt to discover the class registration procedure. When she returned to her dormitory, university officials were waiting.

She was told she would not be permitted to live in the dormitory or register for classes. She was advised to see the director of the summer school or UNC Chancellor Robert Burton House.

House told her that no one at the university had the authority to act on applications from “Negro graduate students,” according to records.

Instead of going home, Smith, who at that time was not yet married, wrote a letter to then-Gov. W. Kerr Scott, who was also chairman of the UNC board of trustees, explaining the situation.

With the help of her father, a medical doctor in Kinston, Smith also sought advice from the National Association for the Advancement of Colored People and hired an attorney.

She filed a federal lawsuit against the university on July 5, 1951.

At an emergency meeting of trustees on July 16, one of the board’s members suggested the university discontinue its doctoral program in Spanish rather than let Smith attend classes. That idea was defeated in a vote by a “good majority.” Another board member spoke up for admitting Smith.

“I don’t think we should say we’re willing to be ignorant rather than educate Negro children,” said trustee Victor Bryant, according to college records. The trustees would vote overwhelmingly to admit Smith into the program.

University officials were uncertain whether she earned a doctorate degree there. Her federal lawsuit was dismissed after she began attending classes.

“Grubb Properties is committed to remembering individuals who contributed to the greater good in our society,” said Clay Grubb, the company’s CEO in a press release.

“I admire Gwendolyn Harrision (Smith’s) accomplishments and determination to never give up. As we move forward with the Glen Lennox redevelopment, we look forward to announcing additional names that integrate history with the community’s modern design.”