Right as Rain: The Road to the Sharecare Awards 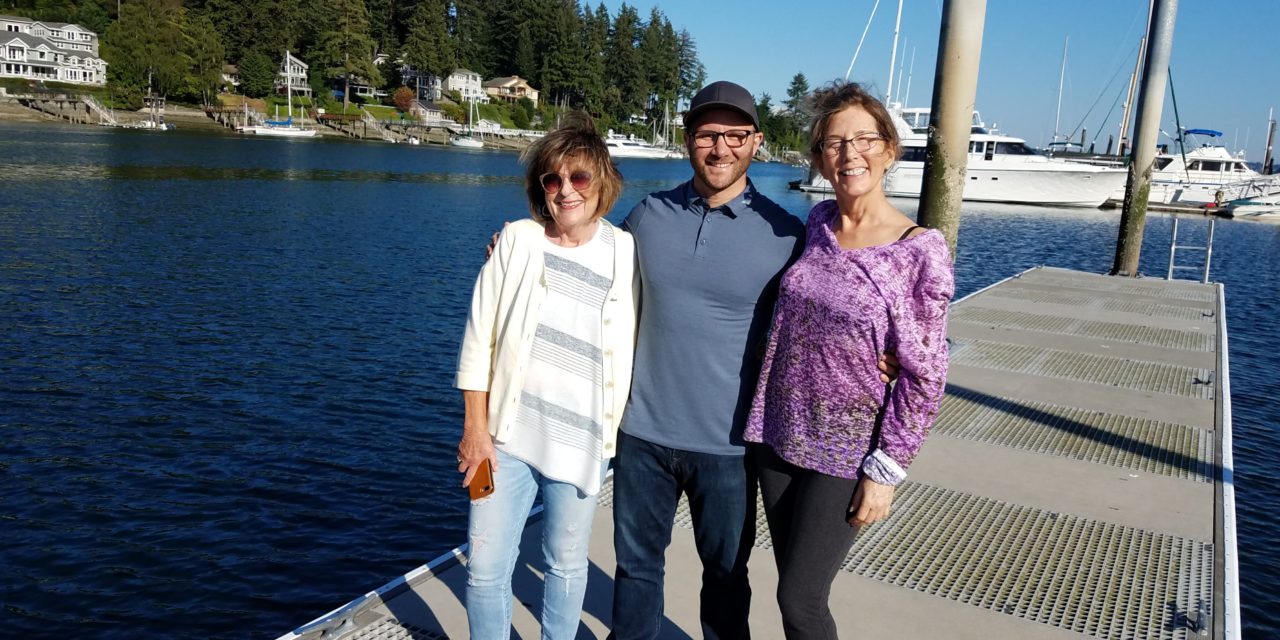 One night in 2010 I was standing at the urinal in the men’s bathroom of The Bowery Hotel in New York. (Sorry for the setting; it’s imperative to the story.)

It’s always awkward standing in that row of dudes facing the wall, so like any weirdo I was checking my email on my phone as a distraction. It was 2:00 in the morning and I wasn’t sure if I was reading what I was seeing correctly. I passed the phone to my buddy David in the urinal beside me and asked if he understood what the email was saying.

“Uhh…” he responded, “I think you just got nominated for an Emmy, buddy.”

A client of mine had sent the team an email with the news a few hours earlier. David and I burst out of the bathroom with the news.

Coincidentally, my friends were in town to play a show and all of our North Carolina friends in the city had come out to see them, so we had a little mini-reunion happening. This made the announcement even greater.

We were at a private Marc Jacobs party and already feeling fancy — a bunch of rednecks from North Carolina, now fitting right in with that crowd. My friend Bret ordered shots for us yelling “My friend just got nominated for an Emmy!” and the night got blurry quickly. One of the last things I remember was seeing Elisabeth Moss (from “Mad Men” and now “Handmaid’s Tale” fame).

I had created several short documentaries with a nonprofit organization involved in biomedical research. They were patient-centric and tugged at the heartstrings. We got two Emmy nominations for the series, but neither resulted in a victory.

I love to win and it was hard to take.

What was harder, though, was that after the third episode in our series, my relationship abruptly ended with the organization. The director wasn’t happy with some of the costs and sent a long list of questions that came out of nowhere. Although I responded with perfectly good explanations for each issue he questioned, I was off the project.

His associate told me that he periodically did this to every vendor he worked with, but that didn’t help my ego. I was hurt badly.

Worse than that, I saw this as the best chance I had to get some recognition like winning an Emmy would bring. I knew I was capable, but other than this series, I was just doing small corporate videos and the occasional music video.

I’d lost my biggest client and was now living alone in New York City trying to scramble up production assistant jobs. I felt like I had taken several steps backwards after finally gaining some ground.

I wallowed in my own pity for a long time.

If you work with a nonprofit or purpose-driven company and I can help you tell you, I'm all in. https://t.co/7FUCoXIC0n

After a year or so of performing random gigs and struggling to get my own documentary off the ground, I ran across an ad on Craigslist (which I searched daily) that I thought was perfect.

It was from the Carcinoid Cancer Foundation. They were looking for a videographer to help them create new videos. I sent them an email and told them how much cancer had been a part of my life and how I’d be passionate about helping them with their mission.

Then I included a link to one of the pieces I’d produced for the previous organization.

They loved it and said it was exactly the type of content they wanted to produce. We scheduled a Skype call once it was down to me and one other person.

The other candidate was more experienced, but I had the heart.

What they didn’t know, however, was how desperate I was. To this day, I’m not sure how I concealed it so well. Normally, that anxiety is apparent from very beginning.

Over the next few years, we kept working together. We’d create a video here and there and anytime they needed help they contacted me. I made sure I kept that relationship on good terms.

Even when I set off to travel the world for “Raise Up,” I kept in contact and let them know about my journey. When they saw my passion for my documentary, I think our relationship grew deeper.

When I finished filming, which was a joyous experience that taught me valuable lessons, I was looking where to go next. Even though we’d won some awards with the film and even found global distribution, the ghosts of those Emmys still haunted me. I didn’t know if the work I was doing would ever get that kind of recognition.

I spent the next few years in “the pit,” as I call it — depressed, unsure of myself, and struggling with my identity. I didn’t want to be known as “the fitness guy” because I thought that would pigeonhole me and I felt like I was so much more.

After a long period of self work, with lots of eye-opening and soul-searching, I finally saw the unique intersections of my work. Yes, I’d made a film about fitness, but I also had made documentaries for years about different aspects of healthcare.

This work was important to me, no matter what people thought of me.

I leaned into it.

From that moment, I dedicated my career to making the world happier and healthier by sharing inspirational stories of change. That was my focus — not awards, but effecting change.

Just as I had this epiphany, the Carcinoid Cancer Foundation approached me with a great opportunity — and our biggest project yet. Last year, we created 12 short films about patients and how they emotionally navigate a rare cancer diagnosis. Every one of them made me cry.

But more than that, they helped thousands of people.

Tomorrow, I head to Atlanta for the inaugural Sharecare Awards. Two of our episodes are nominated. Coincidentally, it’s presented by the same organization that does the Emmys. It’s so full circle I can’t stand it.

Mark was only 11 years old when he was diagnosed with lung neuroendocrine cancer. Here's how life changed for this husband & dad. Submitted by @CarcinoidNETs, a finalist in the category of Chronic Conditions for the #SharecareAwards: https://t.co/R10eGwp2tR pic.twitter.com/MyXhhc9eUp

What I’m most happy about is that this is exactly the recognition I seek — by our peers in my specific niche where I create work. Most importantly, we can now bring more attention to this rare disease.

That is the goal, not the trophy.

And I’m just proud that I’m finally able to see the bigger picture and connect the dots to solve bigger problems and serve a bigger mission.

(Ah, who am I kidding? I’m still competitive as hell and want to win! Wish us luck!!)

Headed to Atlanta this week for the @SharecareInc Awards! Where should we eat??? #Atlanta #atlantachef