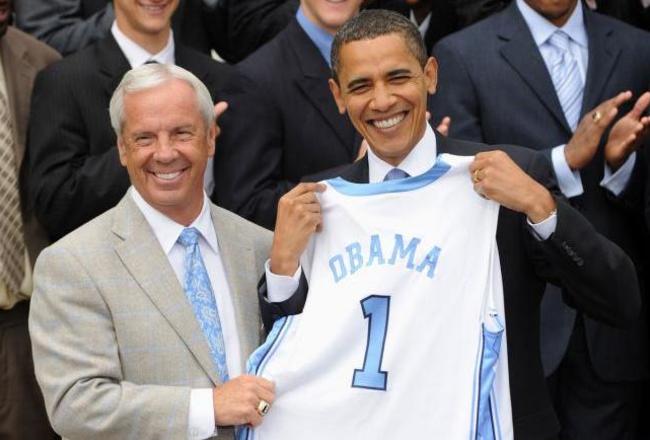 UNC and Duke face off for the first time this season on Wednesday and former president Barack Obama is reportedly set to be among those in attendance at Cameron Indoor Stadium.

However, Roy Williams is adamant that Obama’s presence at the game will not be a distraction for the Tar Heels.

“I love him,” Williams said. “But if he’s coming to the game, I’m sorry Mr. President but I’m not going to be looking at you.”

The 44th president is no stranger to the Triangle area. Obama scrimmaged with UNC’s basketball team in 2008 and visited UNC’s campus to speak during Hillary Clinton’s presidential campaign in 2016.

Obama is also not shy in his support for the Tar Heels. In his eight years in office, the former president picked Carolina to win the title in his March Madness bracket three times (UNC would prove the president correct twice in 2017 and 2009).

In a 2017 interview with GQ about Obama’s basketball history, Roy Williams shared a story about Obama’s scrimmage with the Tar Heels.

“One of my players Jack Wooten tried to block his shot,” Williams said in the interview. “And I yelled at him. I said, ‘Jack, this guy could be the President of the United States. What’re you trying to do that for?!'”