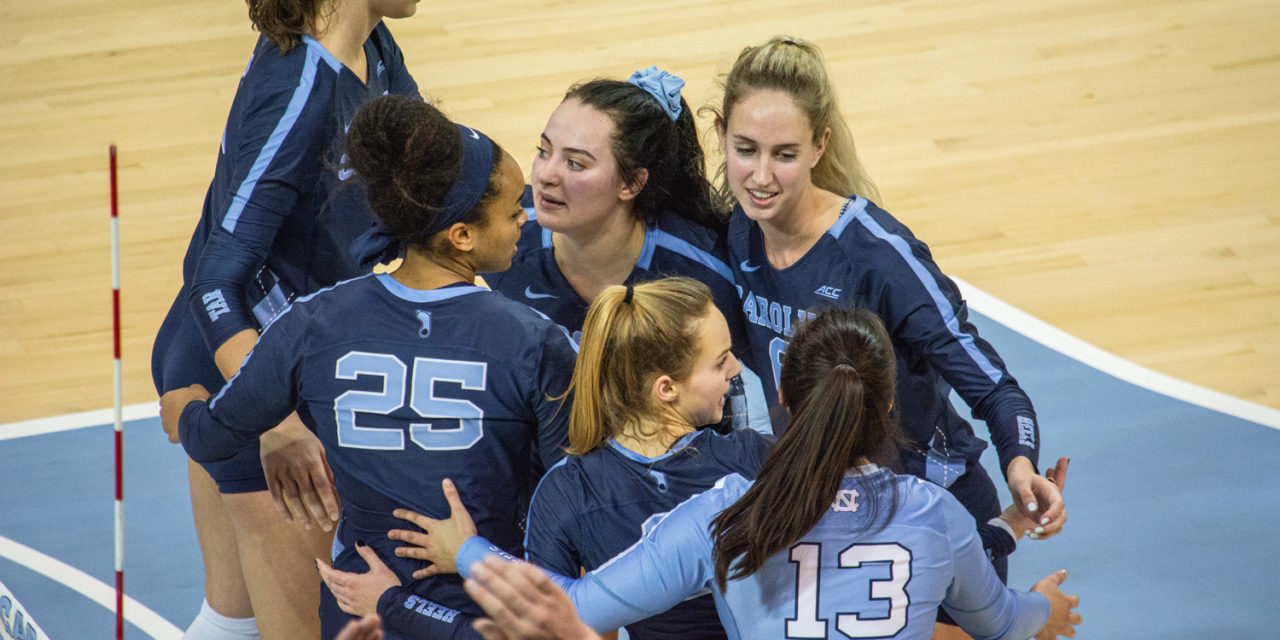 UNC redshirt freshman Lauren Harrison earned a spot on the First Team All-ACC roster on Monday, as the league released its end-of-season awards.

Harrison, an outside hitter, led the Tar Heels with 350 kills in the 26 matches she played in. This total is 94 more than second place Parker Austin, who had 256. Her 4.16 points per set also were a team-high.

In addition to Harrison’s selection, Austin and Skyy Howard were named to the All-ACC Freshman Team.

This young trio led the Tar Heels to a 15-13 record in the regular season and a 12-6 record in conference play–good enough to tie for third in the league standings. This came after starting the season slow with a 1-7 record across the team’s first eight matches.

Pittsburgh, led by ACC Player of the Year Kayla Lund, was the ACC champion with a perfect 18-0 record inside the conference.