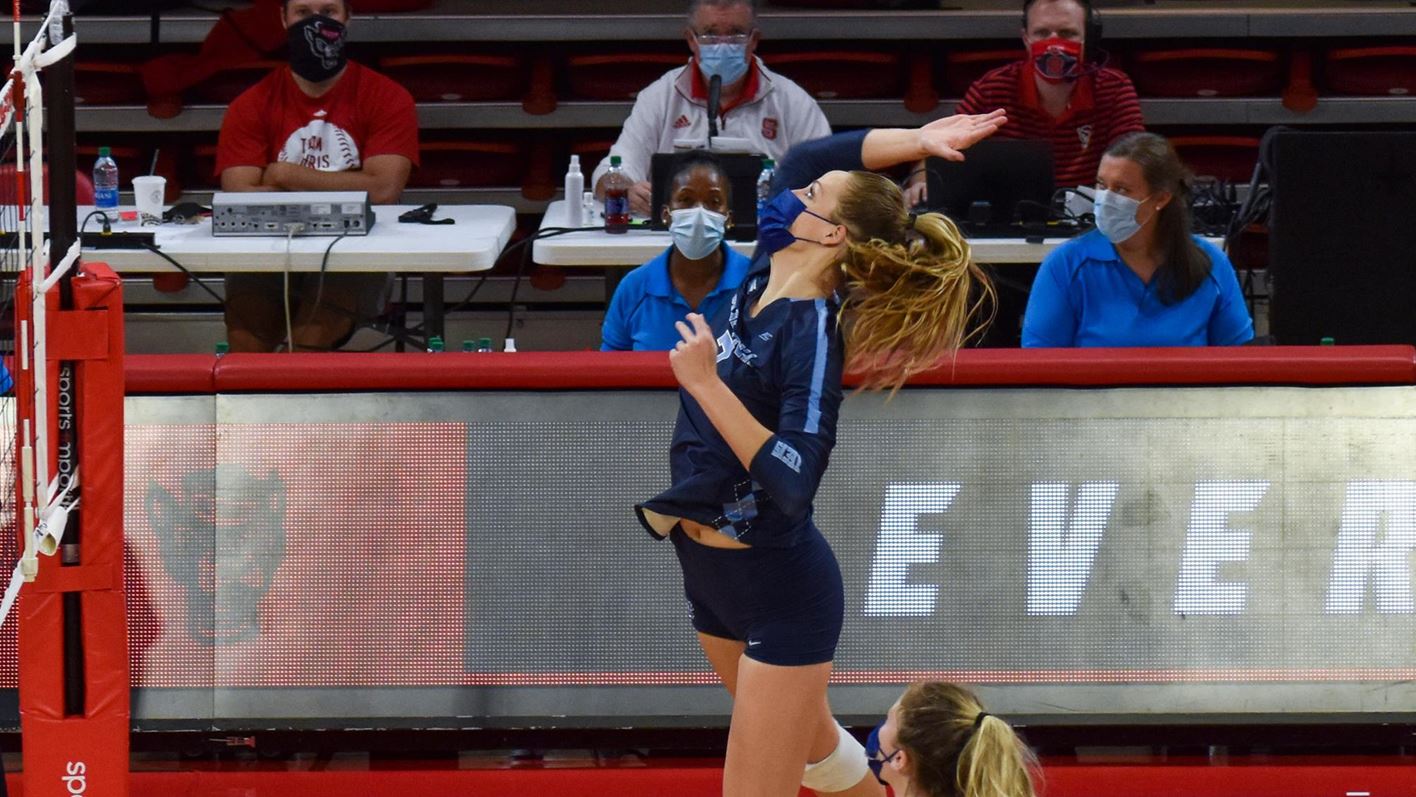 The UNC volleyball team earned its first sweep of the season on Friday night in Raleigh, defeating the rival NC State Wolfpack 3-0 (25-20, 25-20, 25-18) behind a balanced offensive attack.

Amanda Phegley led the Tar Heels (3-2) with eight kills in the match, while Carly Peck and Aziah Buckner each added seven to the winning cause.

NC State (0-3) received 14 kills from Jade Parchment, but that would not ultimately be enough to get the Wolfpack their first win of the season.

UNC also put together a season-high 13.5 blocks in the win.

The Tar Heels and Wolfpack will face off again in Raleigh on Sunday, with that match set to begin at 1 p.m.