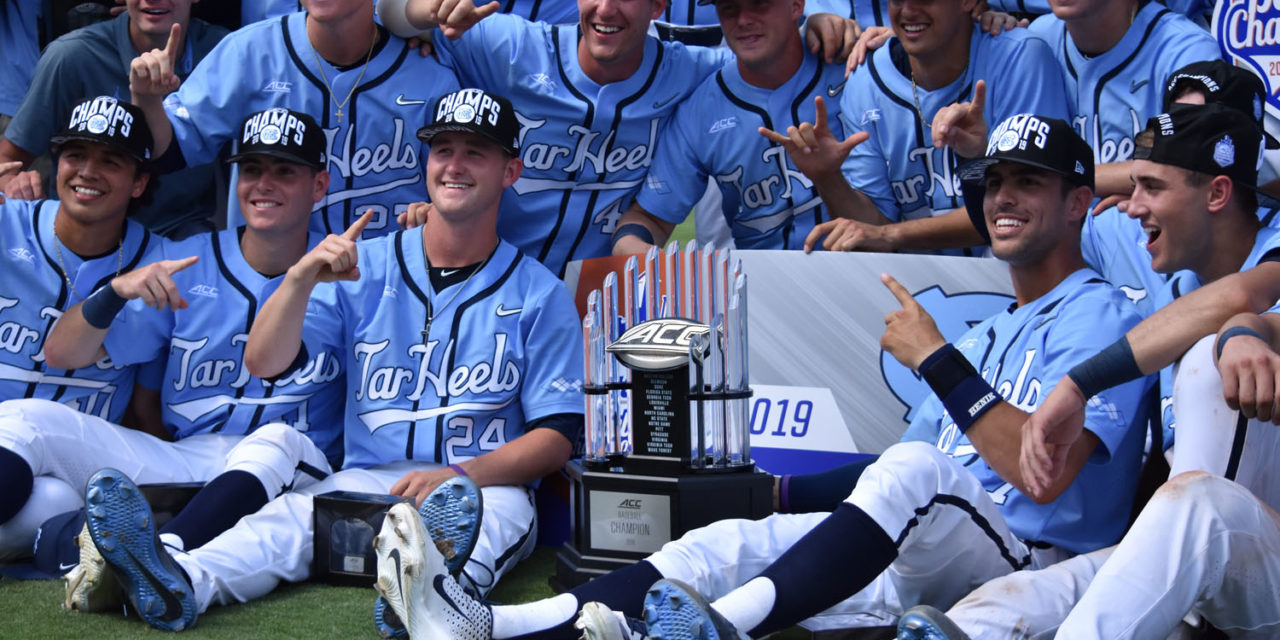 No. 5 seed UNC baseball dominated second-seeded Georgia Tech on Sunday on the strength of four home runs to win the ACC Tournament championship by a 10-2 margin. The 2019 title is the program’s seventh conference tournament title.

The Yellow Jackets jumped out to an early 1-0 lead. But Carolina tied the game up in the fifth inning before a two-run home run from ACC Freshman of the Year Aaron Sabato to give the Tar Heels a 3-1 lead. Ashton McGee then followed with a two-run home run the next inning.

Michael Busch also hit his third home run in the last three games for a 6-1 lead. UNC added four more runs in the top of the ninth, including a three-run home run from Brandon Martorano.

Carolina’s bullpen dominated the Yellow Jackets lineup after entering the game in the third inning.

UNC entered the tournament on the bubble to host an NCAA Regional, but a conference championship will add to a strong resume for the Tar Heels.

The NCAA Tournament Selection Show is set for noon Monday.