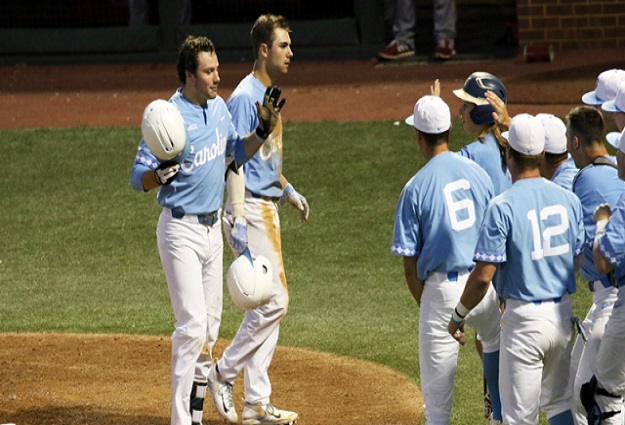 As the No. 6 overall seed, UNC for the second straight year enters this year’s NCAA Baseball Tournament this weekend as a regional host and a heavy favorite to reach the College World Series.

This time, though, they’ll be hoping their experience can keep them from suffering another shocking early exit.

Last season saw UNC return to tournament after a two-year layoff as the No. 2 overall seed, but the Tar Heels were bounced early after a pair of upset losses to Davidson. Despite dominating opponents all year long, day in and day out, everything went up in smoke just like that—as UNC struggled to defeat the team seeded fourth out of four teams in the Chapel Hill regional.

Whether they were overlooking Davidson as a threat or not, this team certainly received a wake-up call that baseball doesn’t provide the same room for error as other sports. 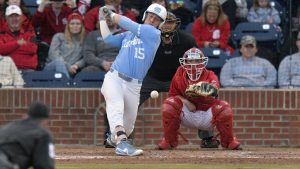 The Tar Heels are looking to take experience gained from last year’s NCAA Tournament flame-out and use it toward having more success this season. (Photo via UNC Athletics)

That message is one that head coach Mike Fox doesn’t feel the need to remind his team about, either. Instead, he lets the results do the talking.

“If our guys need that reminder theyre not paying a lot of attention to college baseball,” Fox told reporters. “Because now anybody can beat literally anybody any time, any day. That’s how close it is. That’s how good everybody is. We know that. We should know that.”

If what happened last year against Davidson isn’t enough motivation, the Tar Heels only need to look at their bracket for this season to get more.

Purdue, the No. 2 seed, has been red-hot lately—winning 21 of its last 24 games. The No. 3 seed is Houston, which has posted 10 wins against the RPI top 50 this season just like UNC. Then, at the No. 4 seed, North Carolina A&T has already proven it can compete with the Tar Heels this season—coming up just short in a 1-0 loss at Boshamer Stadium back in March.

For UNC to advance to the Super Regional round, respect for its opponents is paramount. Junior third baseman Kyle Datres recognizes this fact and spoke about it with the media earlier this week. 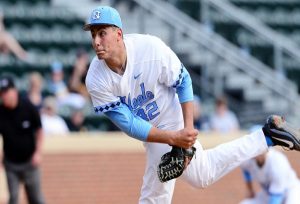 The return of ace Gianluca Dalatri from injury could give UNC a huge boost in the NCAA Touranment. (Jeffrey A. Camarati/ UNC Athletics)

“No matter who comes in here, they’re going to bring their A game,” Datres said. “It’s going to be a tough game, whether you’re playing a one, two, three or four seed. We’re excited and ready to go.”

For the team’s veterans like Datres—who is likely to be selected in this June’s MLB Draft–and seniors Zack Gahagan and Brett Daniels, this could be the final chance to achieve postseason success in a Tar Heel uniform.

Having missed out on the opportunity to compete in the event in 2015 and 2016, last year’s early upset is the only NCAA Tournament experience any player on the roster has lived through.

With that in mind, talking about it can only go so far. UNC will now have to show on the field that it truly did learn something from last year if it wants to get a taste of tournament glory.

“Last year was huge,” Datres said. “It just gives us a year of experience. None of us really, last year, had a clue what was going on coming in to the regional. Now that we’ve been there and we have a bunch of older guys with experience—I think that’ll really help us a lot this year.”