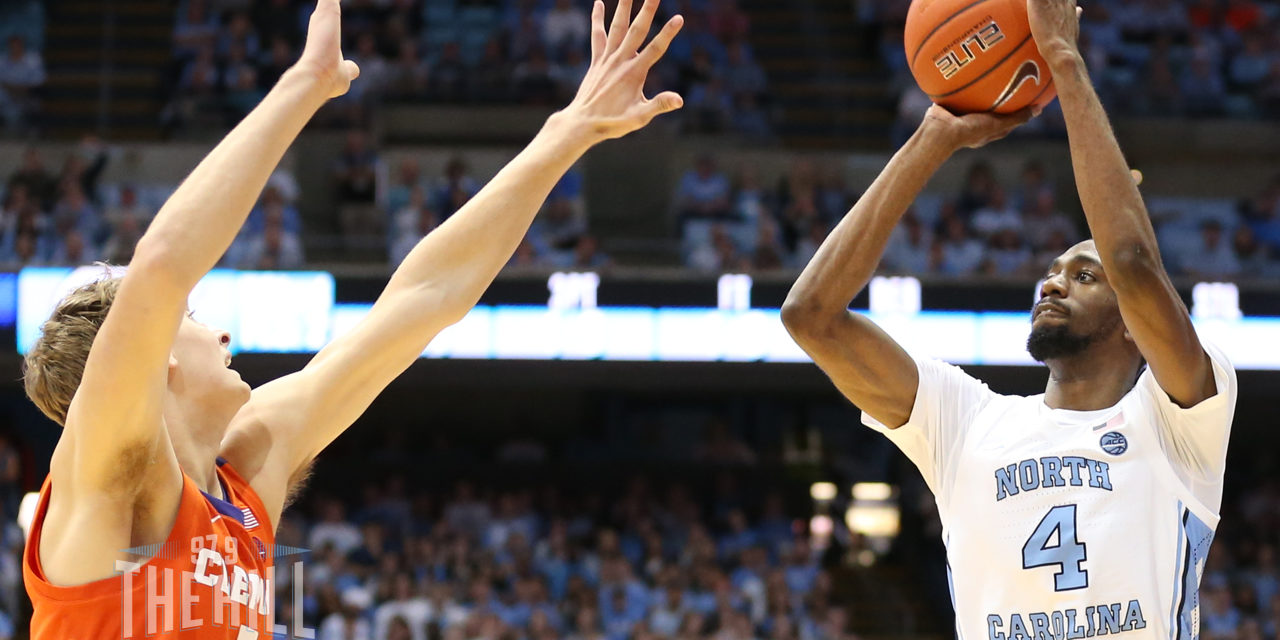 In a release, UNC said authorities issued Robinson no citation after being involved in a two-vehicle accident in Carrboro shortly after midnight. According to incident reports from the Carrboro Police Department, the other driver was charged with driving while impaired after the collision occurred near the 700 block of Greensboro Street and Estes Drive.

The incident happened hours after the Tar Heels fell to Clemson at home, 79-76. Robinson led UNC with 27 points, a career high.

Senior guard Brandon Robinson was in a two-car accident in Carrboro around midnight on Saturday evening. Robinson was not seriously injured and was not issued any citation.

Although not seriously injured, it is unknown when Robinson may be cleared to practice this week. pic.twitter.com/wJ5RgCPC46

Although the release from the basketball program said Robinson was not seriously injured from the incident, it is unknown when he may be cleared to practice this week or play in the Tar Heels’ next game. UNC plays away at Pittsburgh on Saturday, Jan. 18.