Roundtable on Women in Government: A Conversation With Orange County Leadership 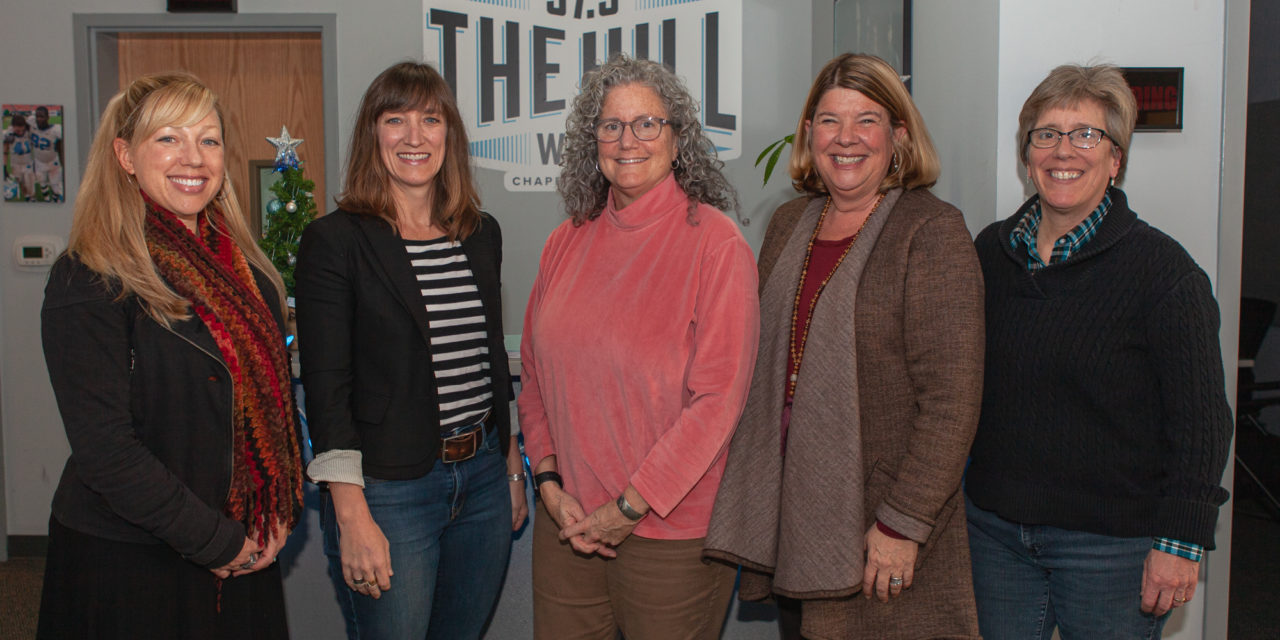 With the election of Jenn Weaver to the mayorship of Hillsborough in November, all three mayors of Orange County’s towns are now women. In addition, the Board of Orange County Commissioners is also chaired by a woman.

97.9 The Hill decided to speak with Mayor Weaver, Carrboro Mayor Lydia Lavelle, Chapel Hill Mayor Pam Hemminger, and Chair of the Orange County Board of Commissioners Penny Rich about that fact and their experiences in local government as women. The roundtable, which aired on January 12, features other discussions about improving representation of women in all levels of government and role models each had as they ran for elected positions.

You can listen to the full roundtable discussion here: