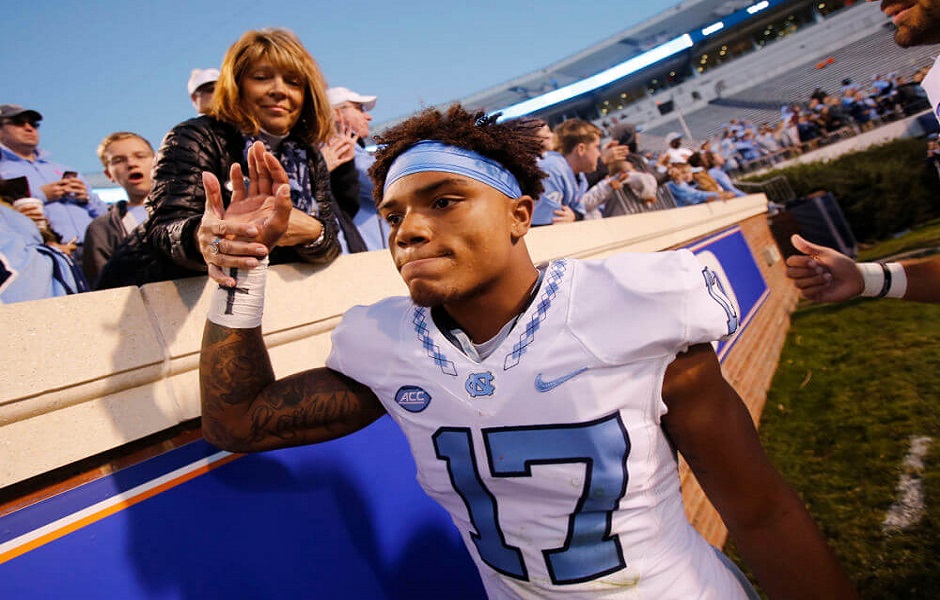 UNC junior wide receiver Anthony Ratliff-Williams tweeted Tuesday that he will forego his senior season in Chapel Hill and enter his name into the 2019 NFL Draft process.

This comes as the most recent blow for the Tar Heel football program, which is looking to rebuild itself under new–and former–head coach Mack Brown after firing Larry Fedora at the end of the 2018 regular season.

Ratliff-Williams has been UNC’s top offensive playmaker in each of the last two seasons.

Originally recruited as a quarterback, the Matthews native excelled as both a returner and a receiver. Throughout his time at UNC, he caught 80 passes for 1,340 yards and eight touchdowns–while also returning a pair of kicks back for scores.

Ratliff-Williams was an All-ACC performer as a specialist in 2017, before earning honorable mention recognition this year as a receiver.