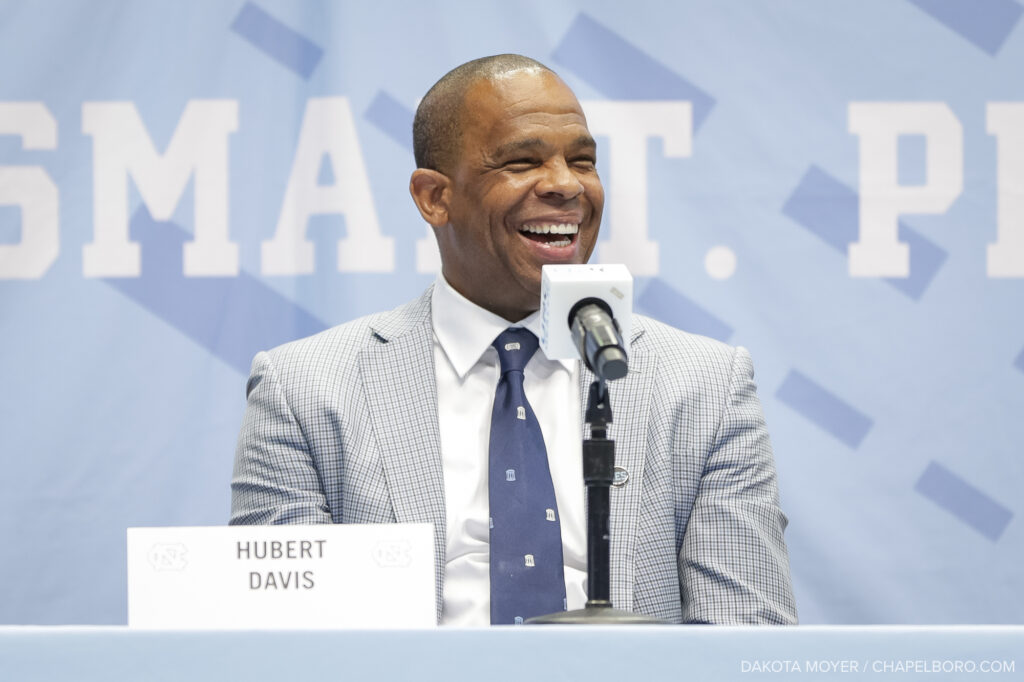 With Roy Williams sitting in the front row, Hubert Davis took the stand for the first time as UNC’s head coach on Tuesday afternoon in the Dean E. Smith Center.

Davis takes over as head coach after spending the past nine season as an assistant coach on Williams’ staff. Williams announced his retirement last week after 48 seasons of coaching — the past 18 of which were spent with the Tar Heels.

In his introductory press conference, Davis spoke about everything from his style of play to plans for recruiting. He was effusive in his praise for Williams but said he didn’t feel the pressure to fill the shoes left behind by his mentor.

“I don’t feel pressure because I’m not comparing myself to anybody,” Davis said. “Coach Williams is the greatest. I’m Hubert.”

Davis played for the Tar Heels and legendary coach Dean Smith from 1988-92 and joined Williams’ staff for nine seasons. The fact that he has ties to UNC’s two greatest coaches wasn’t lost on Davis — especially as he sat on the Roy Williams Court in the Dean E. Smith Center.

Throughout the search process, many wondered if athletic director Bubba Cunningham would stay within the Carolina Family or hire someone from outside. Ultimately, he chose to stay within the family — a notion that Davis agreed with when asked about his potential staff.

Davis continued on this thought, saying he wants staff members who had experienced the teachings of Carolina greats across generations.

Davis ended his press conference to thunderous applause from those in attendance.

The first person to stand up while applauding? None other than Roy Williams.