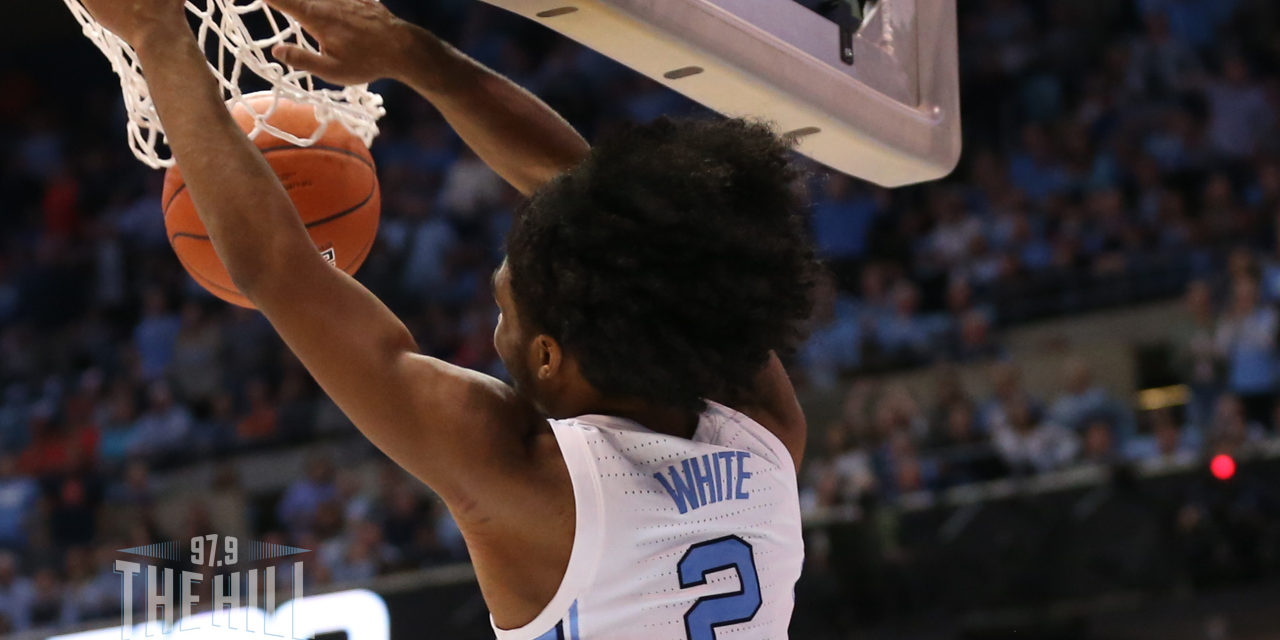 Whatever it was that UNC head coach Roy Williams said to his former point guard Coby White during his visit to Chicago earlier this week, it seems to be working.

White broke another NBA rookie record on Thursday night by hitting six three-pointers for the Chicago Bulls in a 124-115 loss on the road to the Milwaukee Bucks–as his 13 made threes over the last two games are the most ever by a rookie in consecutive games.

This comes just two days after White hit seven three-pointers in the fourth quarter–the most by a rookie in a single quarter–to help lead the Bulls to a 120-102 victory over the Knicks with Williams in attendance.

Williams handed the duties of his weekly radio show over to assistant Hubert Davis in order to make the trip on Tuesday, with the coach wanting to help pick White’s spirits up as he had been dealing with a shooting slump.

Since that visit, White has been red-hot and now has a couple NBA records to show for it. He ended Tuesday’s win with 27 points and tallied 26 points in Thursday’s loss