Kevin Durant: ‘I Wanted To Go To Carolina’ 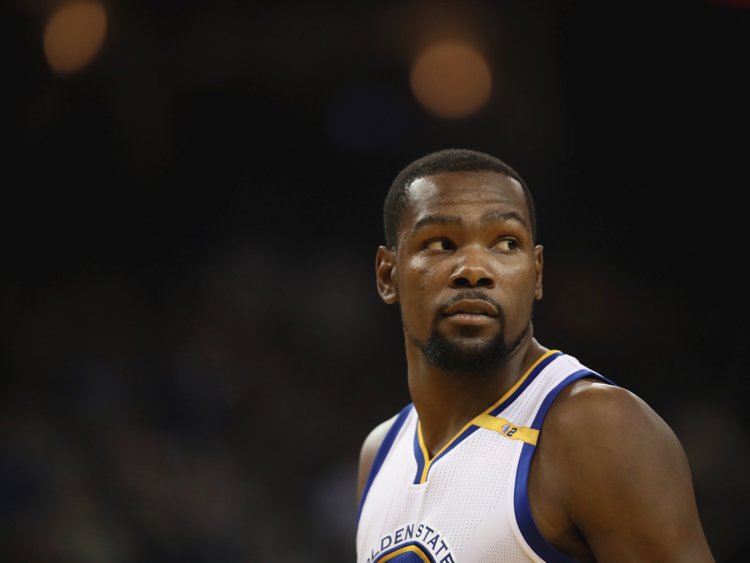 In a recent interview with The Player’s Tribune, Durant said UNC was one of his favorite schools throughout the recruiting process.

“I wanted to go to Carolina,” Durant said. “All of my friends were getting recruited there.”

Kevin Durant “I wanted to go to Carolina” pic.twitter.com/fdOpfQj2Y4

Durant mentioned Ty Lawson specifically as someone he was close with who ended up enrolling in Chapel Hill. Durant and Lawson were teammates and roommates at Oak Hill Academy in Virginia.

“They were recruiting me heavy with [Lawson],” Durant said. “They were expecting us to come together. I’m going on official visits, I went to a game where they beat Duke at the buzzer and they won a national championship that year.”

In March 2005, UNC rallied in the final minutes of the game to beat Duke 75-73 in the Dean Smith Center. Freshman Marvin Williams converted on a crucial three-point play to give Carolina the lead with 17 seconds remaining. Later that year, UNC defeated Illinois in the national championship to give Roy Williams his first title.

Durant, who was rated as the No. 2 overall recruit in the 2006 recruiting class, chose Texas over North Carolina and played one season for the Longhorns before being selected second overall by the Seattle SuperSonics (now the Oklahoma City Thunder).

Durant said his decision to pick Texas over UNC came down to the talent the Tar Heels already had on campus.

“They were stacked though, they had a nice senior class. They went to the Elite Eight that year. But Tyler Hansborough was there, Danny Green, all those dudes so I would have got kind of lost.”

It’s hard to imagine Durant getting lost in the shuffle anywhere he goes. After all, the future NBA Hall of Famer has only been named a 10-time NBA All-Star, two-time NBA Finals MVP and league MVP in 2014. Oh, and include the two titles he has won with the Golden State Warriors and the National College Player of the Year award he won in his lone season with Texas.

However, it’s hard to fault a high school recruit for choosing a school where he can be the big man on campus (literally – Durant is 6’9″).

But hopefully the Tar Heels can get better luck with the current five-star recruit the team is recruiting from Oak Hill Academy in Virginia.