The ArtsCenter Will Move, But Not to Carrboro 203 South Greensboro 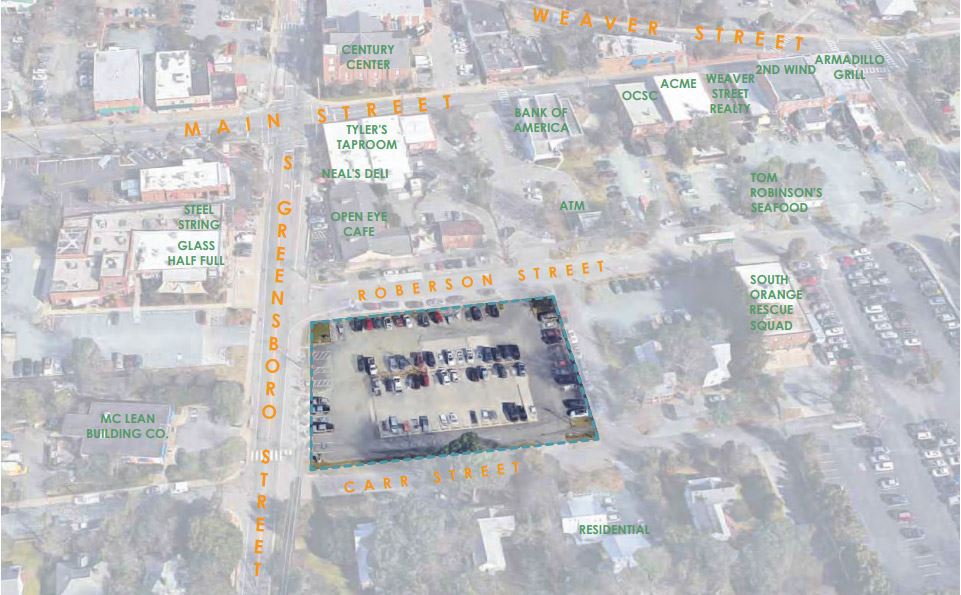 The Town of Carrboro’s 203 Project is a multi-million dollar development in downtown that will house the new Orange County Southern Branch Library, radio station WCOM and other municipal agencies.

And until recently, the project’s plans also included the new location for Carrboro’s The ArtsCenter. But that changed earlier this month when The ArtsCenter dropped out of the project. Executive Director Daniel Mayer told the Herald-Sun that the timeline for the project’s construction just did not match up with the desired move-out plans of The ArtsCenter.

Carrboro Mayor Lydia Lavelle recently said on WCHL’s The Aaron Keck Show that the town had a unique opportunity here, and that Carrboro should remain open to new partners or design plans.

“This is just my opinion,” she said, “we want to be forward-thinking as well. This is our only brand-new building, except for fire station number two, in over 100 years. And we’re not going to build another one for a while. So we want to be thoughtful about embracing any opportunity we would have, I think, to meet some of our needs in town.”

Town officials are considering finding a new partner for 203 South Greensboro Street or making alterations to the design schematics, which included performance space for The ArtsCenter.

Construction on the 203 Project is scheduled to begin in Fall 2020.

Lavelle said she did not know where The ArtsCenter was looking to move now but expressed hope they would stay somewhere close by.

“I do know that they have a strong interest in staying somewhere near were they are,” she said. “It’s hard to imagine Carrboro without the ArtsCenter or the ArtsCenter without Carrboro.”