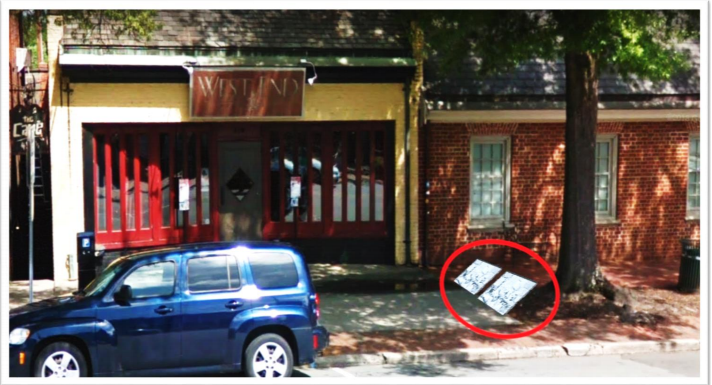 Thursday is the 59th anniversary of the Chapel Hill Nine’s sit-ins, one of the first civil rights protests in Chapel Hill. On February 28, 1960, a group of students from the all-black Lincoln High school, inspired by the sit-ins in Greensboro earlier that month, organized their own demonstrations at the Colonial Drug Store on Franklin Street.

To commemorate that significant event in the local civil rights movement, the site of the new marker is to be dedicated Thursday at 5 p.m. where the drug store once stood, in front of what is now the West End Wine Bar.

Danita Mason-Hogans has been a key proponent behind this permanent historical marker. She spoke to WCHL’s Aaron Keck this week about her role on the Town’s Historic Civil Rights Commemorations Task Force that recommended its construction.

Mason-Hogans is the daughter of Dave Mason, one of the Chapel Hill Nine, and grew up with the stories of her father and others who organized for their civil rights.

The marker, which will contain pictures and descriptions of the sit-ins, is expected to be constructed and unveiled in February 2020, for the 60th anniversary of those early civil rights demonstrations.

Molly Luby, special programs coordinator of the Chapel Hill Public Library was a part of the conversation as well. She said she was happy to see this history become accessible to the wider community but also to the folks who witnessed it firsthand.

“The greatest thing I have watched is how this history, which had so long been in the hands of scholars, and in the history books, has moved into the hands of the people who have lived that history.”

After Thursday’s dedication, there will be a march to First Baptist Church for a community celebration of the dedication. Local singers will be on hand to put on a show, Mason-Hogans said, she expects it to be a joyous occasion to mark the remembrance of a vital history,

“The civil rights history in Chapel Hill can be really ugly, but the celebration of uncovering that history is a really beautiful thing.”